In 1967, University of Washington requested the men's rowing crew return of the famed ``Husky Clipper,`` which the Huskies had used to win at the 1936 Berlin Olympics. The Huskies committed to loaning another in trade, but there was one significant issue. The Lutes were responsible for retrieving it.

The estimated moving cost to transport the new boat was far beyond the team’s resources and shell trailers were unheard of in those days. Needing the shell for the program to survive, they responded positively when somebody asked: “Why not row it down?”

That’s what they did. The Lutes endured a marathon paddle from Seattle’s Union Bay to Tacoma’s Point Defiance—an estimated 45 miles. It took more than 15 hours to complete, in the chill of a mid-December day.

Pacific Lutheran rowers who were on the working end of those oars will gathered to celebrate the 50th anniversary of the “Rowdown” on June 20-22. Part of the festivities featured an afternoon boat trip tracing the route they rowed in 1967, with one difference. It will be aboard a 75-foot powerboat rather than a rowing shell.

While the full story will be in the September 2017 edition of ResoLute, here is what KOMO News, The Seattle Times, The Tacoma News Tribune, and the San Diego Union-Tribune had to say about the PLU Rowdown Crew: 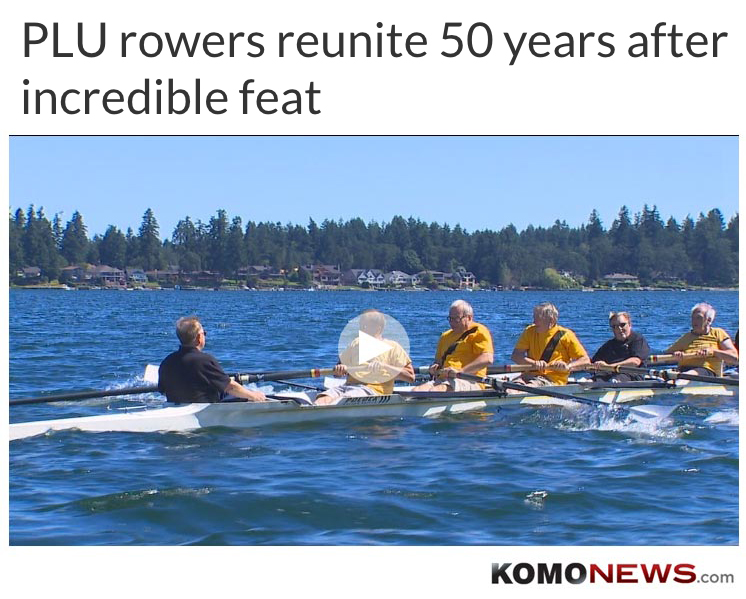 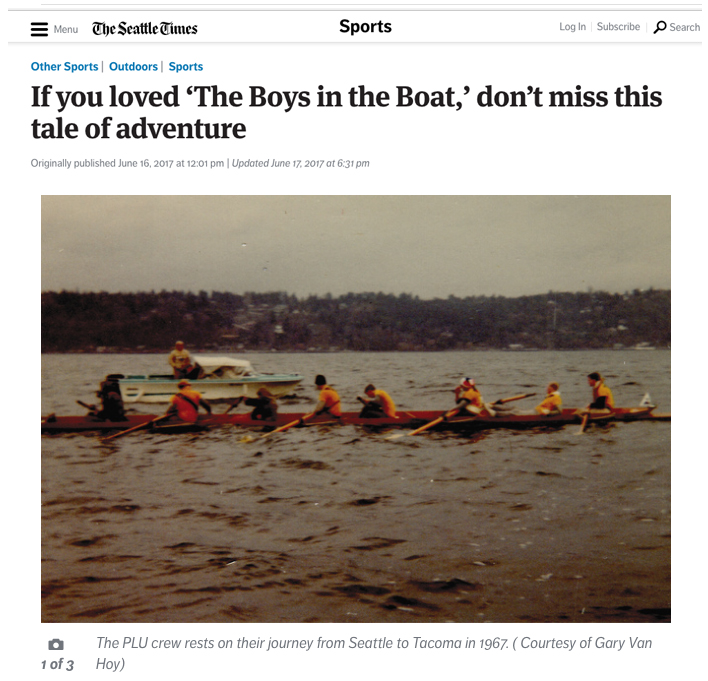 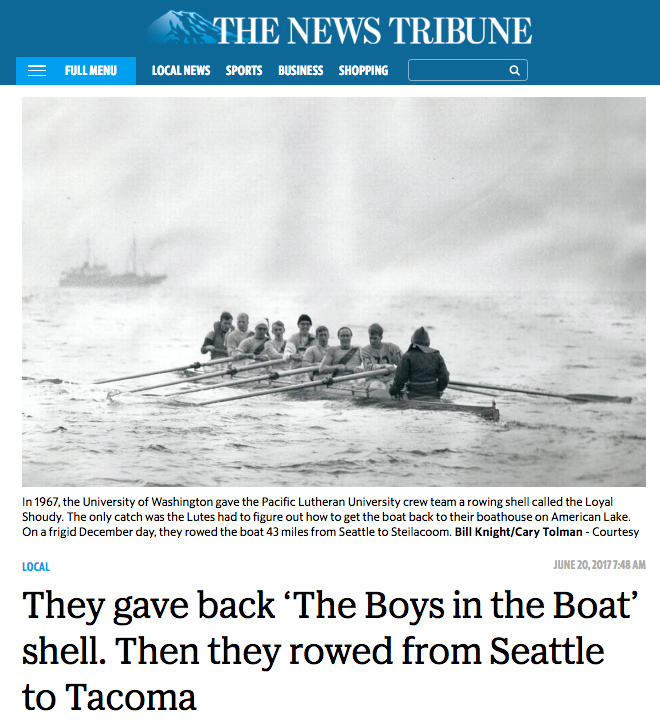 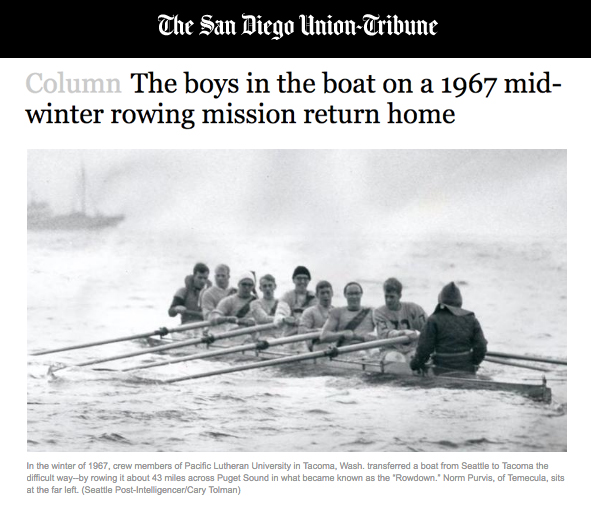