It is with deep sadness that I share with you the news of the passing of PLU’s Provost and Senior Vice President for Academic Affairs, Dr. Rae Linda Brown. Rae Linda died Sunday morning, at peace surrounded by her family after a short and fierce battle with a very rare form of sarcoma. She was valiantly supported by a dedicated team of doctors at Fred Hutchinson Cancer Research Center and the Seattle Cancer Care Alliance.

In her short time with us, Rae Linda made an indelible mark on PLU. She was a supreme champion for student access and she inspired many students with her remarkable journey from humble beginnings to Yale University, where she earned both her master’s degree in African American Studies and her Ph.D. in Musicology.

Music filled Rae Linda’s life. Her grandparents, father, aunt and uncle sang and performed as a group in the 1940s and were well known in the Hartford, Connecticut area, where she was born, as “The Musical Browns.” Her musical roots come from them. She went on to champion the work of African American composer, Florence Price, and helped lead the way in Black music history studies as a professor in music for decades. Her penchant for service to others was established early, as she was both a loyal Brownie and a Girl Scout.

Rae Linda leaves behind a devoted extended family, including her sister, Dr. Carlene J. Brown, a faculty member at Seattle Pacific University, who never left Rae Linda’s side during her illness.  She is also survived by her son, William, and by a beloved silky terrier/poodle mix named Teddy.

PLU is a better place because of Rae Linda Brown. She brought a fresh perspective and questioning lens to our established ways of doing business, and in so doing, challenged us to think carefully and critically about why we do things the way we do. The leadership she demonstrated and the lessons she left us with will not be forgotten. 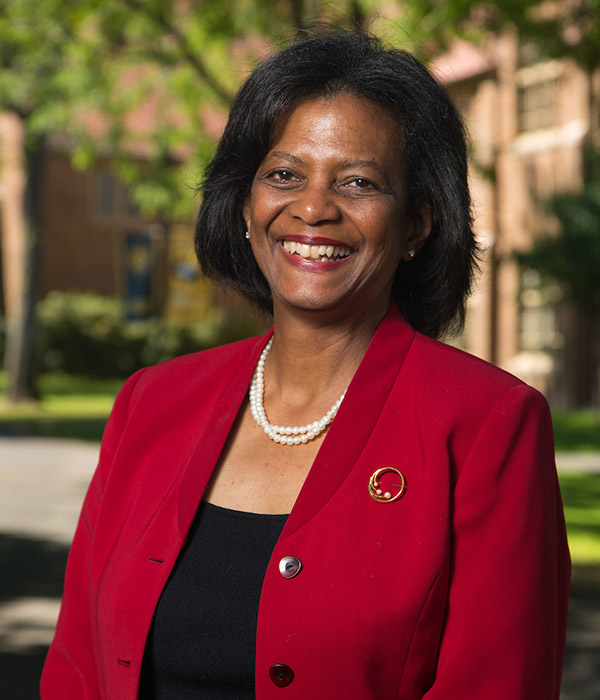 In tribute to Rae Linda’s legacy of care for students, especially those first in their family to attend college, we have established the Dr. Rae Linda Brown Access Scholarship. Those wishing to make a memorial gift to this scholarship fund should contact the Office of Advancement.

Anyone in need of grief counseling is encouraged to visit PLU’s Counseling Center or Campus Ministry. The PLU Employee Assistance Program is a resource for faculty and staff.

On Wednesday, Campus Ministry will host an informal community gathering at 12 p.m. on the second floor of Karen Hille Phillips Center. Members of the PLU community are invited to share thoughts, feelings, stories, music, or simply to gather with others in remembering and celebrating Rae Linda.

Hundreds of community members shared their prayers and positive thoughts with Dr. Brown on her support page as she took a leave of absence from the university for treatment. Dr. Brown’s family told President Belton that the outpouring of support from the PLU community meant a lot to her.

If you would like to share cards with the family, please send them care of the Office of the President in the Hauge Administration Building, Room 116.