Image: Michael Farnum, director of military outreach, talks with an ROTC cadet in the Center for Military Support at PLU. (Photo by John Froschauer/PLU)

“It’s sort of like a dating site,” Farnum said.

But Farnum is not talking about the next OKCupid or Match.com. Instead, he’s connecting students through SaLUTE, a new two-way mentorship program he launched that pairs ROTC cadets with military veterans.

“I collect everyone who is interested and where they are at in life and in the university,” Farnum said, “and I read that and I compare it to the others.”

Then, the matchmaking happens. The result: cadets direct veterans to useful resources on campus, help them with study skills and managing college workloads, while the veterans offer a valuable perspective about military life. For example, a cadet interested in aviation could have a veteran partner who worked in the aviation branch.

“Cadets can connect with veterans and learn a little bit about what military life has been like for them so they can live by proxy through their experiences,” Farnum said. “And it’s an opportunity for these veterans who have not been students for some time — for some a couple years, others 20 or more — a chance to learn study skills, habits and techniques from the younger, newer, more savvy cadets.” 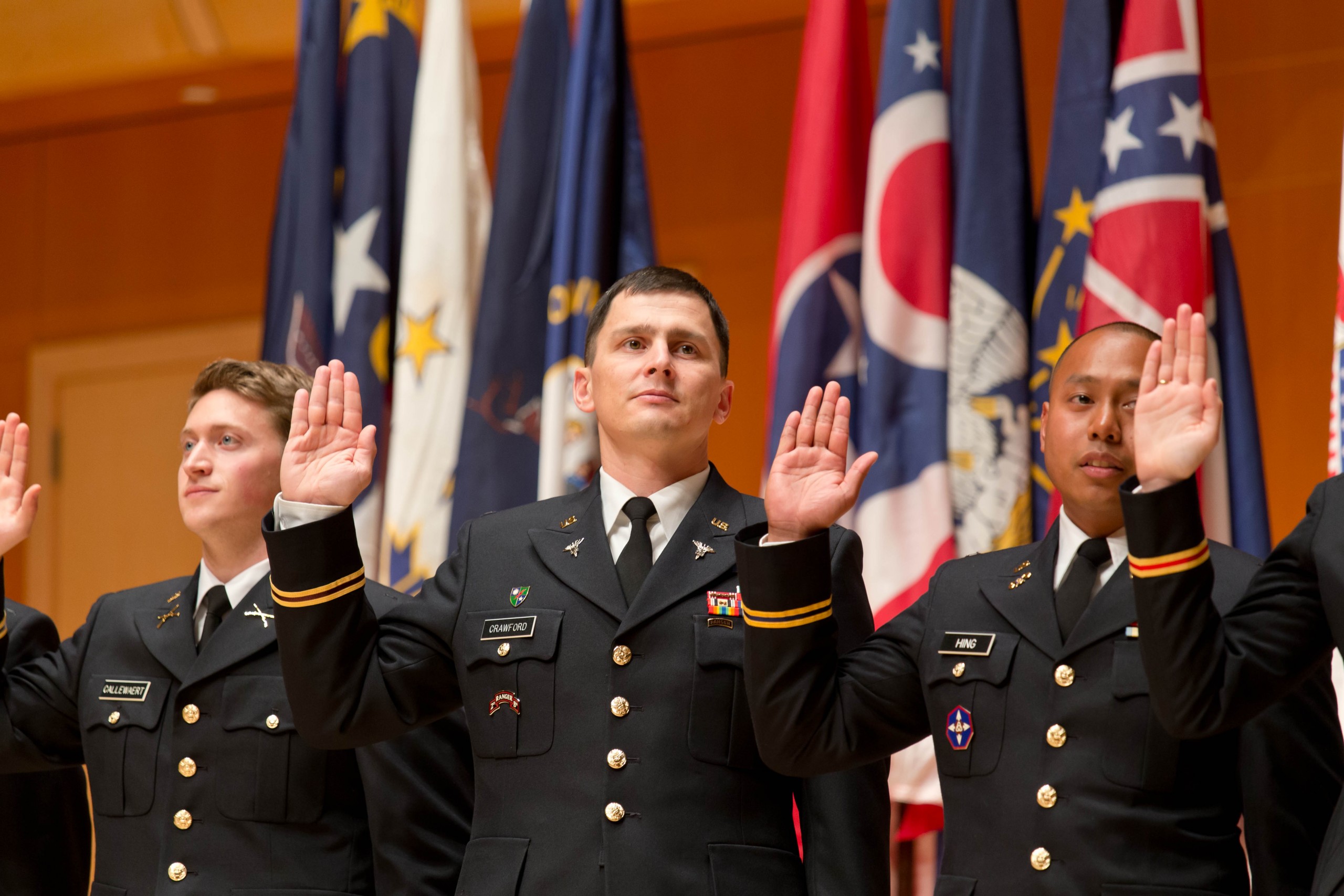 The university piloted the program last year with a few cadets and veterans; a full roll out began at the start of the 2017-18 academic year.

Maj. David Orzech ’18, active duty in the Army, is one of the cadet mentors. He is currently a full-time student in the Master of Business Administration program at PLU and works closely with Farnum to help plan SaLUTE activities. Orzech is partnered with several aviation-interested cadets and is planning a visit to his aviation battalion at Joint Base Lewis-McChord.

“I want to show them around the hanger, let them see aircraft, talk to the guys and girls actually doing the job now,” Orzech said. “And help educate them a little bit more about what they will actually experience once they are done with school and training and in the Army.”

These connections to the base are incredibly valuable for cadets. It can be hard to visit Joint Base Lewis-McChord without relying on established networks. And for many cadets, having the chance to talk openly about military life and learn through stories is important.

“It’s really beneficial to us as we prepare to become officers to see a day-in-the-life of a typical officer actually in a unit,” said cadet Jessica Mason ’18, one of the student leaders responsible for connecting cadets to mentorship opportunities.

"I think this program shows that they are not done giving back to their country. It’s an outlet, I think, for the veterans to pass along what they have learned and to feel like they are the future of this country’s Army and making us better prepared to lead soldiers."- Jessica Mason '18

Mason helps organize monthly meet-ups for participants, where they talk about four-year plans, balancing school life with social life, homesickness during deployment, and how to keep up with your family during field training.

For veterans, Farnum said, the transition from active duty to college is difficult, as well. “Veterans, having not been students for some number of years, often come into this culture and struggle,” he said.

Orzech recognizes this struggle in his peers, many of whom may feel out of place in an academic institution and miss the sense of camaraderie that military life provides.

“I can imagine that it might be a little bit daunting for some vets, who maybe struggled in high school and have maybe never been to college before,” Orzech said. “When you are in the military you have a ready made group of friends, so I think a lot of people struggle with being lonely when they are outside of that.”

The hope for SaLUTE to offer a way for veterans to catch up with academics, but also continue their military service in a new way.

“I think this program shows that they are not done giving back to their country,” Mason said. “It’s an outlet, I think, for the veterans to pass along what they have learned and to feel like they are the future of this country’s Army and making us better prepared to lead soldiers.”