Former PLU President Eugene Wiegman will be remembered for his passion for service, advocacy and Tacoma

Former PLU President Eugene Wiegman will be remembered for his passion for service, advocacy and Tacoma 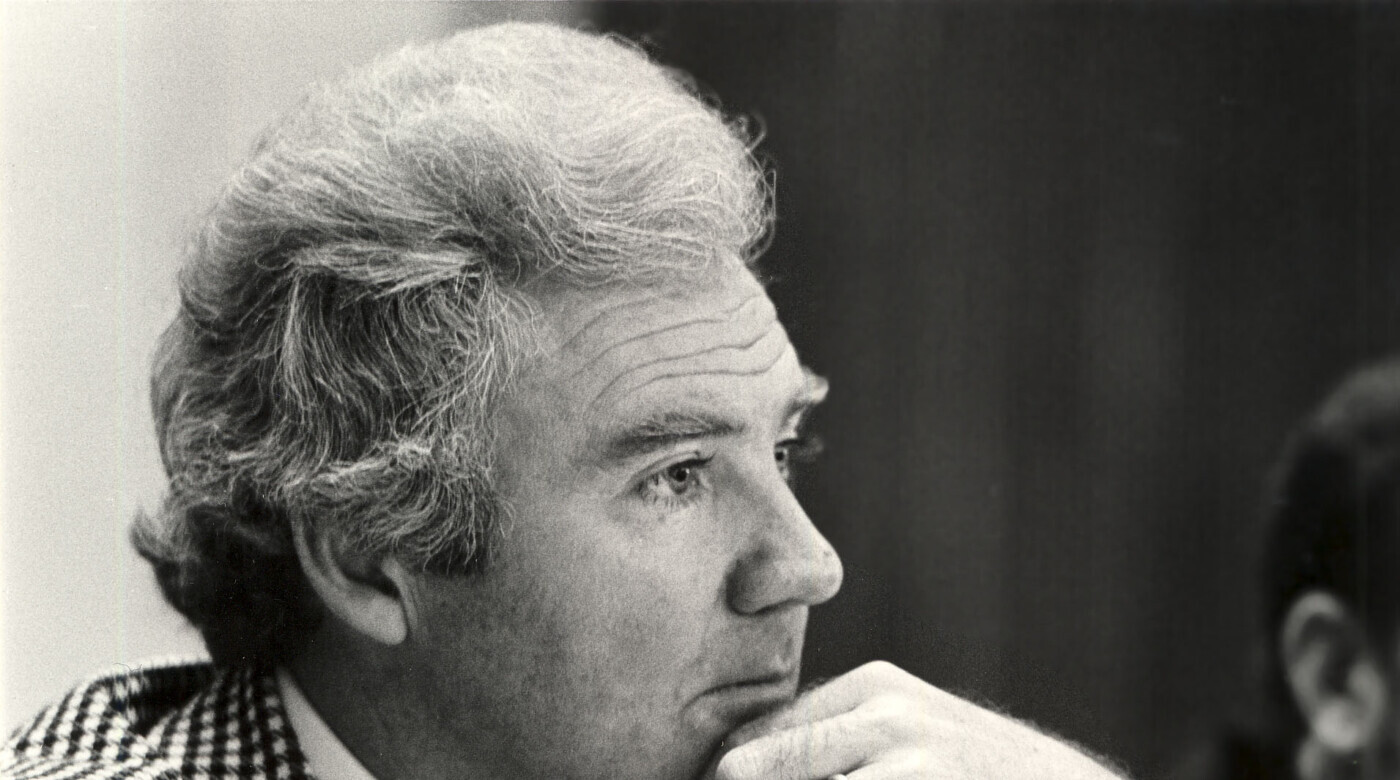 Former PLU President Eugene Wiegman passed away on July 1 at the age of 90. Dr. Wiegman will be remembered for his remarkable career in education, government, advocacy and ministry—and his unceasing kindness and compassion.

“Dr. Wiegman was a pure joy to talk with and work with,” says PLU alumnus Willie Stewart ‘69. “He had an amazing warmth and ease about him that allowed him to relate and connect with anyone, from the highest leaders in business and government, to the homeless folks he served breakfast to for years as a volunteer at Urban Grace Church.”

Dr. Wiegman was the ninth president of PLU and served in that role from 1969-1974. While at PLU, Dr. Wiegman spearheaded many initiatives intended to reflect a changing society.

One example is remembered particularly fondly by Stewart, who first met Dr. Wiegman as a first-year PLU graduate student and would go on to become Tacoma Public Schools’ first black principal and a school board member.

“Gene was instrumental in bringing the teacher core program to PLU,” remembers Stewart. “It was a program for folks with a bachelor’s degree who wanted to switch careers and earn a master’s in teaching. In particular, it was designed to prepare people of color and others to be outstanding teachers in the inner city and urban communities.”

Dr. Wiegman was unequivocal in his belief that, as a Christian school, PLU should be deeply engaged in service and community engagement. “I consider one of my greatest accomplishments at PLU the fact that I had students graduate during my administration that were in tune with the times,” Dr. Wiegman told The News Tribune in 1975.

“The challenge of the 70s should fill us with a zest for living and a great promise,” Dr. Wiegman said in a 1974 speech. “We are faced with the awesome responsibility to come together as a people and be at peace with one another. Never before in the history of man have we needed more than now, commitment to the proposition that we can chase from the face of this earth poverty, hatred, ugliness and pollution; and that we can make this earth a garden and a place of peace.”

Prior to his service at PLU, Dr. Wiegman taught at numerous Lutheran schools and universities, served as an aide to a Nebraska Congressman, worked with land grant colleges in extension programs for the U.S. Department of Agriculture, and served as dean of community education at Federal City College in Washington D.C. His education included a bachelor’s of science degree from Concordia College in River Forest, Illinois and a Doctor of Education from the University of Kansas. He also spent four years in the U.S. Marine Corps Reserve.

After PLU, Dr. Wiegman served as the Washington State Commissioner of Employment Security. A lasting highlight of his service with the state was his key role in founding of Community Health Center, a clinic that serves patients with or without the ability to pay. Now known as Community Health Care, the first location was near East Tacoma’s Salishan neighborhood and today there are nine regional clinics throughout Pierce County. One of Dr. Wiegman’s proudest moments came in March 2007 when he received the Humanitarian of the Year award from Community Health Care, an organization he cared so deeply about.

Dr. Wiegman would go on to be ordained as a Lutheran Pastor. He served several area parishes including Gethsemane Lutheran, Luther Memorial, All Saints (Auburn), Salishan/Eastside Lutheran among them. The baptisms, funerals, confirmations and marriages number in the thousands and included three of his own children. 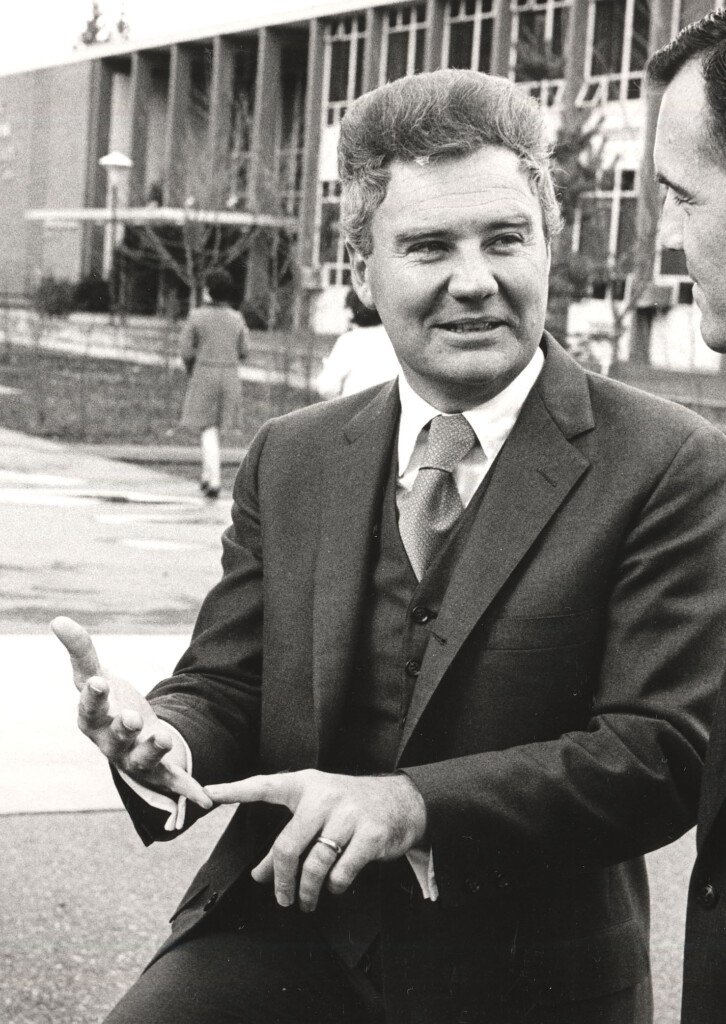 After originally moving to Tacoma to serve at PLU, he remained deeply immersed in the city for the rest of his life. He served on dozens of nonprofit boards, as a friend and valued mentor to many local leaders, and was a dedicated member and/or volunteer at multiple local churches, including First Lutheran Church, Christ Episcopal Church, and Urban Grace.

“Gene cared about people,” wrote longtime friend and fellow Christ Episcopal Church member Doug Dahlgren in the passing announcement sent to Christ Episcopal community members last week. “He cared about doing what mature, heartfelt faith brought into the heart. He was highly educated, widely read and loved books, but his greatest joy was putting his arm around someone in distress or need.”

Dr. Wiegman and his wife, Kathleen Wiegman, were married for 68 years. He leaves behind five children, 11 grandchildren, 4 great-grandchildren and two on the way. A memorial service will be held at a place and time to be determined. In lieu of flowers, the family asks that donations be made to Community Health Care, Boy Scouts of America, The Salvation Army Tacoma Corps, or any of the philanthropic organizations that Dr. Wiegman was involved with.

“In service to others is a reward that knows no boundaries.” – Dr. Eugene Wiegman