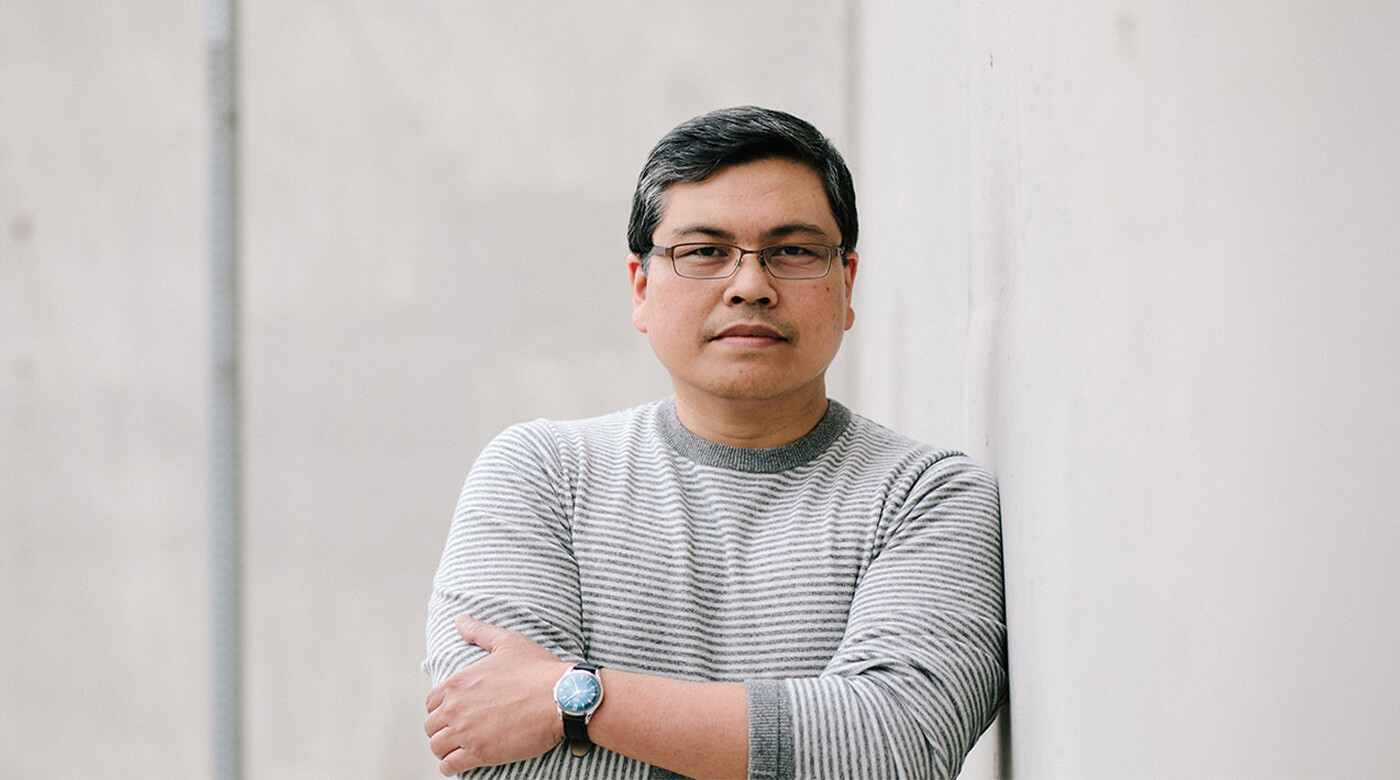 By By Zach Powers ‘10
PLU Marketing and Communications

Rick Barot is a highly acclaimed national figure in poetry whose 2020 collection “The Galleons” was recently longlisted for the National Book Award. He’s also a dedicated creative writing teacher, serving as an English professor at Pacific Lutheran University and the director of the Rainier Writing Workshop – PLU’s low-residency creative writing MFA program.

Barot has embraced the challenges of teaching virtually and also recently shared a new collection of poems called “During the Pandemic.” He’s currently teaching two undergraduate writing courses at PLU and has relished working with students on navigating these challenging and isolating times through their writing.

How did “During the Pandemic” come about as a project?

Well, when the lockdown started in the middle of March, it was really depressing to me and to everybody else, of course, because it was so unclear what was going on in terms of the virus and also how long it would last. And as a kind of therapy for myself, I started writing little bits of language in the Notes app of my phone, just perceptions, and phrases that I thought were interesting to me. Eventually, I had a bunch of them that I just formed into little prose poems over the course of a few weeks. It was originally just for therapy.  I showed it to a friend who said that they were real poems, and therefore I revised them into a sequence of 30 poems that ended up in that chapbook.

How much time do you spend writing just for yourself versus writing specifically for your books and projects?

I think this is probably true of a lot of poets that the first part of it is that you’re always writing for yourself. There’s never a sense of an audience beyond your own interior self. You’re keeping yourself company basically by writing poems, a bit like doing interpretive dance in your own room. Then the next day or the next week, when you look at what you’ve written, that’s when you begin to put on a different hat, an editor’s hat or a reader’s hat that isn’t yourself, and you can begin to gauge whether the poem has value for somebody else, and then you can revise it towards the goal of having somebody else read it. But I think that I’m probably not unusual in starting out always in that space of just being really creative and not worrying about how it comes across or what it means.

What courses are you teaching this semester?

I’m teaching a writing 101 course with 17 students, and I’m teaching English 227, which is an introduction to creative writing that has 14 students. Both classes are meeting synchronously on Zoom twice a week. On the one hand, it’s incredibly sad that we can’t all be in the same space, just being people together, communing over this great reading material and the things that the students are writing. But I will say that I think the two classes right now are really pretty successful in that the students are showing up, they’re present, they’re doing the work, they’re contributing really excellent writing. We have a lot of fun. We have great conversations. While of course, it’s always nice to be in the same physical space, but I think that we’re having a learning experience and a learning community that’s really rich and full, even though it’s being conducted online.

As you read what students are writing, are you sensing a  spirit of anxiety or dread, or is there anything else in the writing that you’re reading from them that strikes you as feeling different than the overall tenor might be in a more “normal” year?

The study of English offers excellent preparation for any future requiring integrative thinking, skills in writing, discernment in reading, and an appreciation of the human experience and aesthetic values. Business, law, government, technology, education, and publishing are areas where graduates frequently make their careers.

Well, I think that there’s definitely a degree of anxiety and darkness in the writing that I’m seeing from the students. But I actually think that from one standpoint that’s a good thing because they’re able to find an avenue for expressing themselves in these writing classes that maybe they don’t have in their regular lives or in their other classes. So yes, some of it is dark, but I do think that expressing that sense of dread is certainly a way of understanding it and navigating through it for them.

How is the MFA program managing through the pandemic?

Because the MFA is a low residency program, in a way it was sort of poised to deal with something like this already. However, our usual 10-day summer residency, which takes place in late July or early August, did go fully virtual. We had 10 days of intense programming on Zoom for about 100 students and faculty that went really, really well. It was actually kind of a miracle because we had no technical glitches, everybody knew where to be and what they were doing, but it required an amazing amount of planning in the month or two before the actual residency. It was a very successful residency online, but once again, it was disappointing that we could not be on campus to be together. But we still had a really great experience.

“The Galleons” explores some historical themes which seem to have been new for your work. Was that something that came naturally, or did you intentionally challenge yourself or do something a bit different?

My books prior to “The Galleons” were definitely more concerned with my immediate and contemporary life. Starting with “The Galleons,” there’s definitely a historical element that is a new element in my writing, but the catalyst for that historical perspective was a personal one because I was thinking a lot about my grandmother who died in 2016, at 92 years old. Thinking about her life and my own personal loss, it got me thinking about just the span of history that she lived through in the 20th century. A lot of very dramatic things happened during her lifetime. I became very curious about that juxtaposition between the small individual life against the background of large historical events. Obviously, that’s the case for any life, including ours, but for her, I started to wonder how her life was related to larger things like immigration, war and capitalism. So that really is what happened, that the historical element was triggered by the personal.

How has “The Galleons” been received these last nine months or so?

The book came out in February and it’s gotten excellent reviews in different places. I think the kind of culminating recognition that it has received is that earlier in October, it was on the long list for the National Book Award in poetry. It’s definitely a book that is being seen and recognized in the literary community, and that’s incredibly gratifying to me.

Get an MFA in Creative Writing at PLU

Our MFA is an innovative three-year, four-residency program in poetry, fiction, and creative nonfiction. Mentorships with our faculty last for a full year, ensuring a high-quality experience at a more leisurely pace – ideal for busy professionals and those who wish to take time to develop their work’s fullest potential. Combining rigor and support, each mentorship year is tailored to the participant’s goals. Our faculty are nationally known writers who are also outstanding teachers.