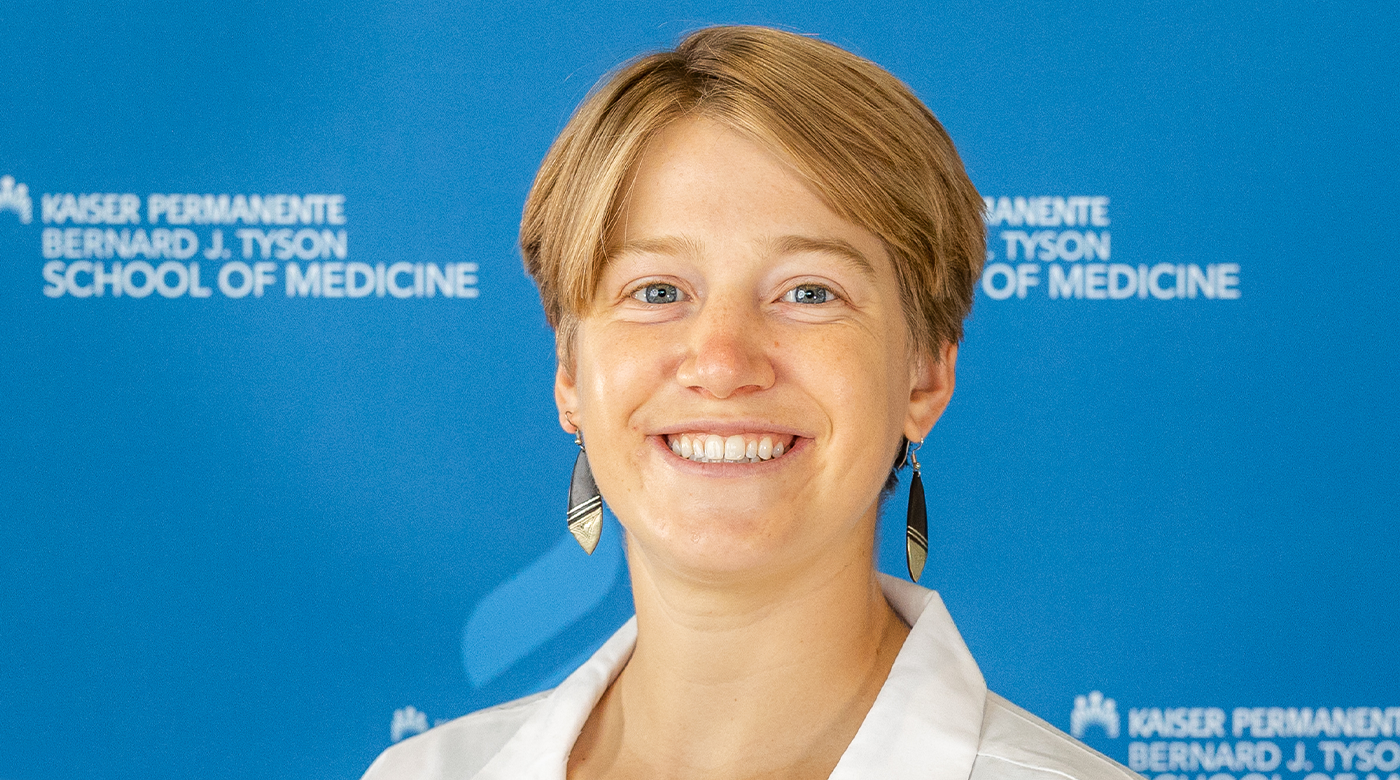 During her senior year at Pacific Lutheran University, Margaret Chell ’18 decided to join the Peace Corps after a Returned Peace Corps Volunteer visited her global development class. She soon met with PLU Peace Corps advisor, Dr. Katherine Wiley to learn more. She was excited about the idea of putting her global studies major to work to help others. In March of 2020, she found herself in Guinea, West Africa working as a public health educator.

She was more than a year into her service when rumblings began that there was a deadly virus, COVID-19, making its way around the globe. But in Guinea, Chell had only heard of one confirmed case. Initial communication from the Peace Corps was that volunteers could choose to stay or return home and exit the program. Chell welcomed the news and, along with many of her fellow Peace Corps friends, decided to stay.

That’s why what happened next was so shocking to Chell. She woke up to a flurry of messages informing her that the pandemic would be changing her life in an instant.

“It was probably five in the morning. I looked at my phone and I had 130 text messages. I’m not exaggerating there were a bunch,” Chell says.

She was part of a Peace Corps volunteer group chat that had exploded overnight. She learned that an email had gone out from the Peace Corps Headquarters in Washington D.C. that all volunteers were being evacuated.

“We had all been so naive and ignorant to what COVID even was, that I think we felt a little blindsided by that being the reason we were being taken out,” Chell said.

This decision meant Chell couldn’t legally stay in the country. Unfortunately, Chell was living in a very rural part of West Africa that made traveling to the airport difficult. To ensure she made it out of the country, she had to pack up her things and leave that day. Chell says she barely had enough time to say goodbye to her host family and close friends before leaving.

“There was no closure,” she says. “Something I’ll wrestle with is just the highlighted privilege of I’m there to be a public health education volunteer and the moment a pandemic comes, I leave. That felt really awful.”

Serving during the pandemic

Chell made it back home to South Dakota safely. But she found it difficult to hunker down as many were doing to ride out the first wave of the pandemic. Instead, she decided to apply for medical school at Kaiser Permanente Bernard J. Tyson School of Medicine, where she was eventually accepted. Since classes wouldn’t be starting for another year and a half, Chell looked for other ways to keep busy.

“I think my way of coping with evacuation was finding something to look forward to,” Chell says.

She found a one-year AmeriCorps role with Massachusetts General Hospital, which runs a Rural Health Leadership fellowship for internal medicine physicians in partnership with the Rosebud Sioux Tribe and the Indian Health Service in the Great Plains. 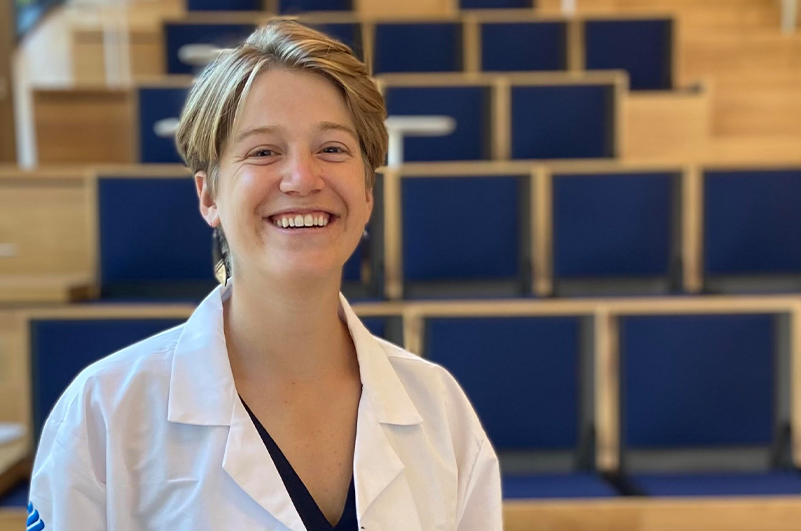 “I was always interested in rural health and indigenous health, but I didn’t really have any experiences to speak to that other than living in rural areas … and I felt that would be an opportunity to address health disparities, kind of merging health equity and cultural humility,” Chell says. “Also growing up in South Dakota, I felt pretty ignorant to the native nations in my home state. So, I knew it would also be an opportunity to learn a lot more about these marginalized communities.”

Chell worked as a health systems coordinator providing a variety of support to the program.

“A few of my favorite projects were putting together a curriculum on how settler colonialism impacts social determinants of health,” she says.  “We spoke with leaders in the community and pulled together academic articles that will be used for the fellowship, but also will hopefully be used for volunteer programs like Teach for America and Americorps.”

A passion that started at PLU

This wasn’t the first time Chell found herself supporting a health network. She got an early taste of this work while at PLU when she volunteered for the Neighborhood Clinic, a clinic in Tacoma that provides healthcare and wellness services to those who cannot afford them. She became aware of the clinic from Benita Ki, the clinic’s executive director who was also Chell’s ultimate frisbee coach at PLU.

“That was a very meaningful experience because my perception of health disparities was mostly framed by rural health disparities, like folks who live in the middle of nowhere and their closest doctor is an hour away and the closest specialist is eight hours away,” Chell said. “So, to see this free clinic situated across the street from a phenomenal hospital and people need to access it, was fairly eye-opening to urban health disparities.”

Her passion to understand and help create health equity began while she was a student at PLU. As a global studies major and biology minor, Chell says she thrived in the interdisciplinary global studies program. Her favorite courses included anthropology, economics, sociology and global development.

“Margaret thought carefully about what she wanted to do with her interest in medicine,” said Ami Shah, associate professor of global studies. “Biology supported her trajectory toward medical school; contextualizing that interest in her global studies concentration of development and social justice helped to examine structural inequalities globally and locally, as well as to seriously consider the ways we interact with others who are from different backgrounds or who have different experiences.”

Chell credits Shah as one of her mentors, along with Katherine Wiley, PLU’s Peace Corps Prep coordinator and an associate professor of anthropology.

“Margaret was so clear about her passion for health equity,” Shah says. “She had some amazing opportunities, including study away, but I also want to give credit to the Peace Corps Prep certificate program for really nurturing Margaret’s passion. Dr. Katherine Wiley was so instrumental in guiding students through that program, and considering the multiple sides – good, bad, and in the middle – of volunteer work.”

Today, Chell is in her first year of medical school in Pasadena, California. She finds the work demanding but says that by reminding herself why she wants to become a doctor she can get through the difficult classes and tough coursework. 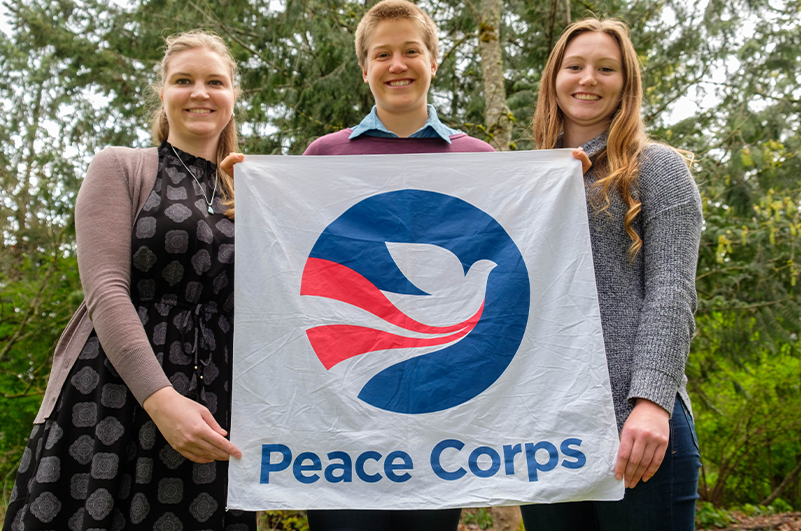 Peace Corps Prep (PC Prep) is an undergraduate certificate program that helps students prepare for service in the Peace Corps, a US-government organization that sends US citizens abroad to volunteer for two-years in over 60 countries.

“One thing that has been challenging for me is trying to keep really engaged in the things that I feel so strongly about, like decolonizing global health, health equity and making sure that healthcare is a human right across the board,” she says.

“These things that have nothing to do with say the cell cycle, but that’s what I need to learn today. So, I tell myself, ‘OK, at this moment, I need to learn X in the hard sciences and then someday I’ll be able to use that to advance my real agenda which is health equity.’ ”