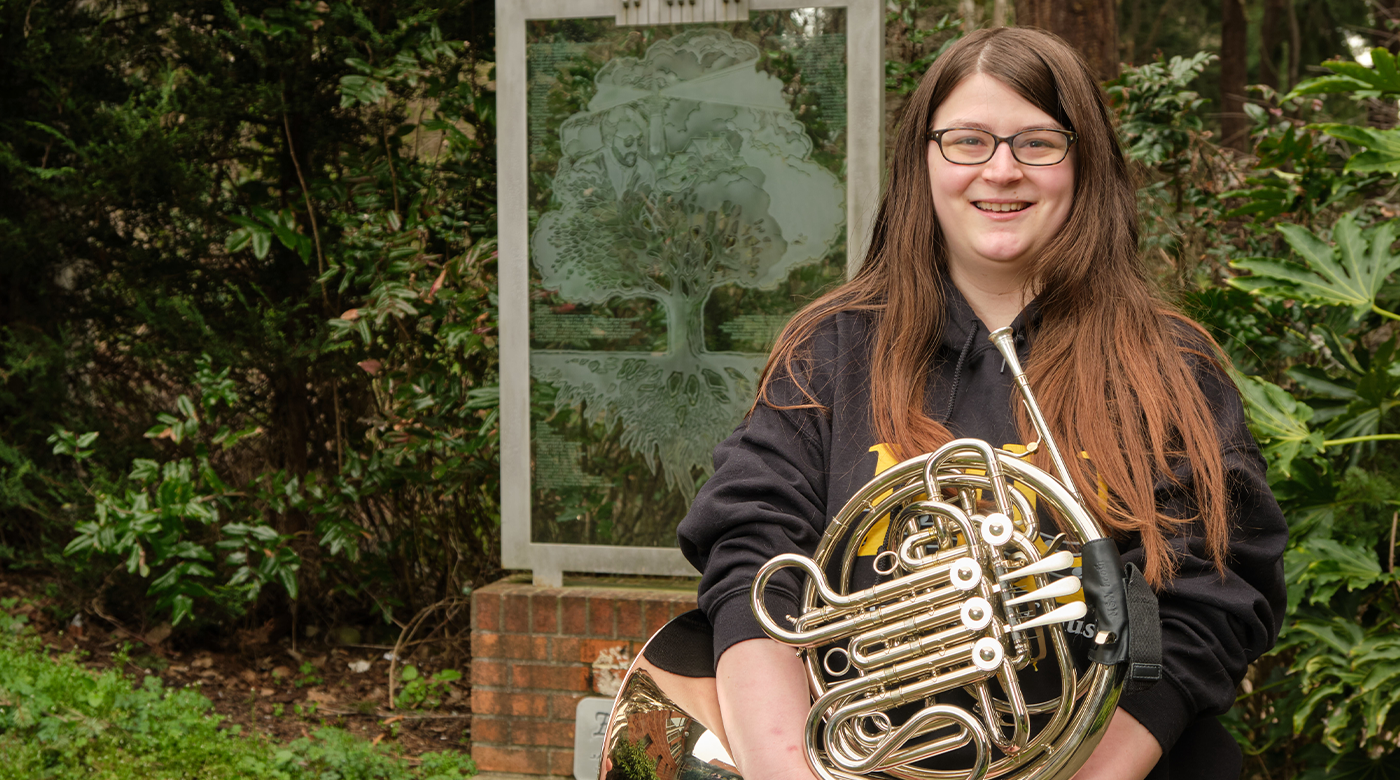 When Kaila Harris ’24 received her PLU acceptance letter, it was a special moment for her and her family. Upon its arrival, Kaila read the letter, which included the contents of her financial aid package, aloud to her parents.

“When I finished, my dad stood up, gave me one of the tightest hugs I’ve had from him in my life, told me he was proud of me and cried,” said Harris. “It was one of two times I have ever seen him cry.”

Harris is a recipient of the 253 PLU Bound Scholarship, a scholarship program that was originally designed in 2015 for Pierce County, Washington, students (Pierce County’s area code is 253) but has since expanded statewide. In addition to four years paid tuition, 253 scholars also receive a $1,500 housing grant and a $1,000 Supporting Success Scholarship. In partnership with the state of Washington, it is designed to make higher education accessible to students from all financial backgrounds.

Kaila grew up an hour and a half from Tacoma in Castle Rock, Washington and attended Castle Rock High School. An education major, with an emphasis in special education, and a music minor, PLU was always her first choice.

“I was really lucky because my high school band director, Mrs. Dietz was a PLU alum,” Harris explained. “We even had the opportunity to come up to PLU and attend music workshops with PLU educators while I was in high school. Through my relationship with Mrs. Dietz and getting to know the school before even applying, I knew PLU was where I wanted to be.”

Since arriving at PLU in 2019, Harris has not only immersed herself in the on-campus community but has also become a leader and change-maker in Parkland. In addition to being a member of six of PLU’s musical ensembles, as well as three student-led clubs, Harris is also the Student Director of PLU’s Artist Mentoring Program (AMP) and an Assistant Director at the Parkland Literacy Center.

The Artist Mentoring Program has been around PLU for some time but fell by the wayside when previous student leadership graduated. As a music student and educator, Harris was looking for a way to provide local youth who have financial disadvantages with free access to music programs. After speaking with PLU faculty, she was encouraged to revitalize the Artist Mentoring Program, which she has done. This summer, AMP will officially relaunch and will be offering free music camps to local young musicians.

The Parkland Literacy Center provides free tutoring in most subjects to any K-12 students in the Bethel and Franklin Pierce school districts. Tutoring is led by PLU student volunteers, and an average of 15 students each semester regularly donate their time. With goals to provide support to adult English language learners in the near future, the Parkland Literacy Center is fast becoming an educational cornerstone in the local South Sound community.

“My goal is not only to do what I can to provide access to education for everyone, but to make sure that the community knows that there are resources available to them,” Harris said. “I recently had a job shadowing experience in a local fifth grade classroom where the teacher told me that his students openly spoke about college not feeling like an option to them.”

Harris explained that this could have also been her reality if it weren’t for one of her middle school teachers explaining to her family that there were resources available to them. 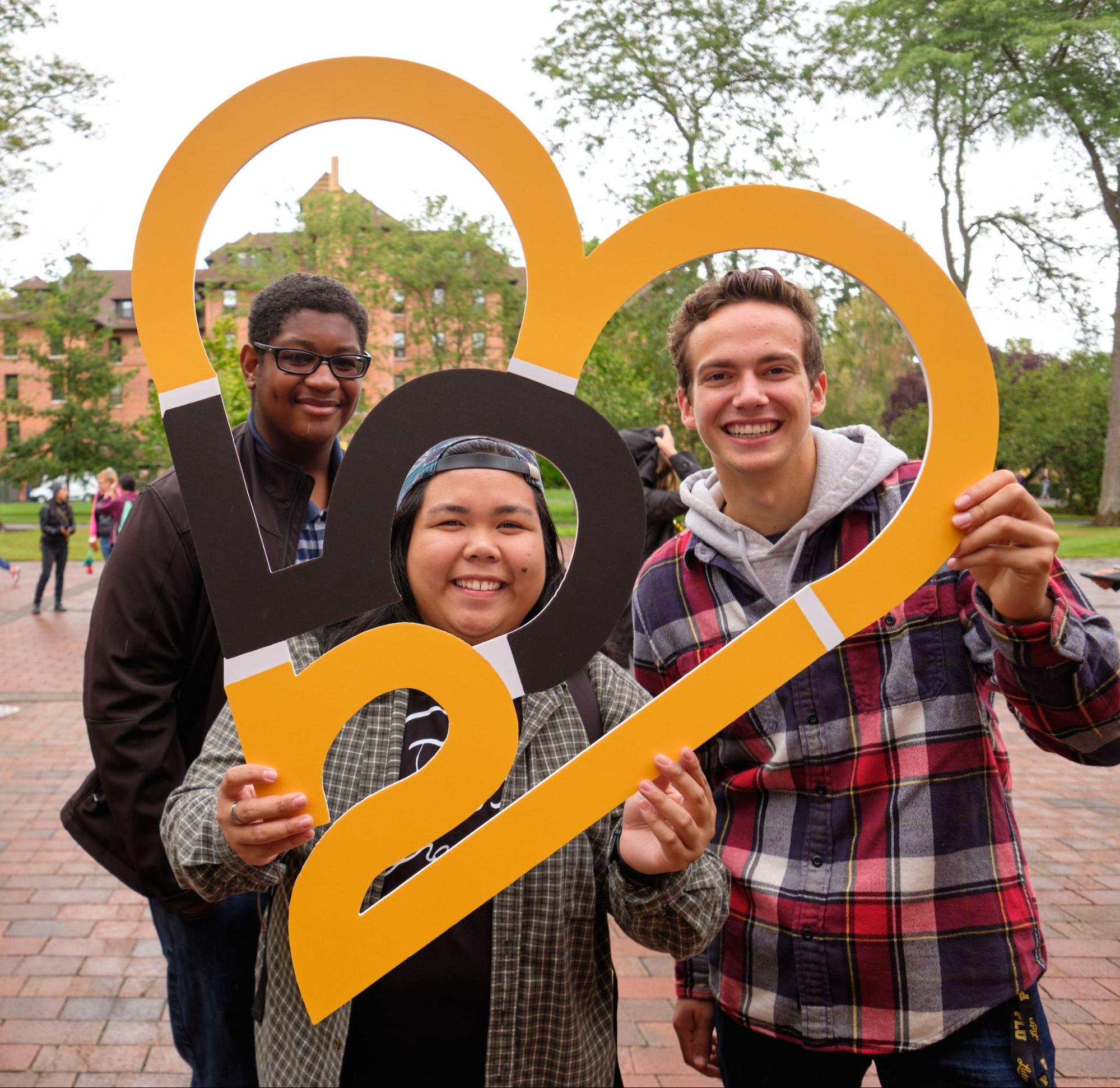 Learn more about the 253 Bound Scholars

This spring, members of the community and PLU alumni, family and friends are invited to invest in students like this as we prepare to welcome the incoming class of 253 PLU Bound Scholars.

“The 253 PLU Bound scholarship not only helped me get here, but the additional support provided through the Supporting Success Scholarship helps me stay.”

Harris has found a home here in Parkland and, after utilizing her PLUS year to graduate in 2024, she has every intention of staying here to continue to work and to support the local community.