Who: Dr. Marit A. Trelstad, PLU Chair of Lutheran Studies and Professor of Constructive and Lutheran Theologies at PLU

Bio: Dr. Trelstad has a Ph.D. in Philosophy of Religion and Theology from Claremont Graduate University and an M.A. in Systematic Theology from Luther Northwestern Seminary. Her scholarly work combines feminist, process and Lutheran theologies and has focused on Christology, theological anthropology, the doctrine of God, and science and religion. As a contributor and editor, she published Cross Examinations: Readings on the Meaning of the Cross Today (Fortress, 2006) and contributed chapters to Transformative Lutheran Theologies (Fortress, 2010), Lutherrenaissance: Past and Present (Göttingen: Vandenhoeck & Ruprecht 2014), Theologies of Creation: Creatio Ex Nihilo and Its New Rivals (Routledge, August 2014) and Creating Women’s Theology: A Movement Engaging Process Thought, (St. Louis:  Chalice, 2011). 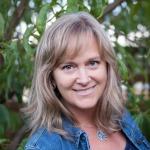 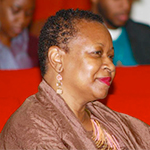 Bio: Dr. Wallace is currently the Assistant Professor of Pastoral Care and Counseling at Shaw University Divinity School in Raleigh, North Carolina – the oldest Historical Black University in the South. She is an ordained Lutheran Pastor and was formerly the Assistant to the Bishop for the Southeastern Synod of the Evangelical Lutheran Church in America as well as the former Interim Director of the Lutheran Theological Center in Atlanta housed at the Interdenominational Theological Center. Currently assigned to the North Carolina Synod, Dr. Wallace is on the Synod’s Committee on Social Justice.

Dr. Wallace holds a Bachelor’s Degree in Social Welfare from Adelphi University in New York, a Masters of Education in Human Development and Family Studies from the University of North Carolina in Greensboro, a Masters of Divinity from Lutheran Theological Southern Seminary in Columbia, South Carolina and holds a Ph.D. in Family Social Science with an emphasis in Marriage and Family Therapy from the University of Minnesota.

Dr. Wallace has a long-standing involvement with the Conference of International Black Lutherans – the Black Teaching Theologians of the Lutheran Church. For the last eight years, Dr. Wallace has also been involved in the bi-annual Consultations of the Daughters of Africa, with their emphasis on Violence of Women and Girls in Africa and her Diaspora. She most recently attended the Consultation held this year in Salvator, Brazil. For the past two years, Dr. Wallace has also served on the planning committee for the Lutheran Ethicist Gathering held prior to the Society of Christian Ethics’s annual meeting. She is also a board member of the North Carolina Council of Churches, a member of the Society of Pastoral Theology, and a member of the American Academy of Religion where she also presented at their annual meeting.

Dr. Wallace has authored several articles and book chapters including “Hush No More: Constructing an African American Lutheran Womanist Ethic”, “Narratives of Grieving African Americans About Racism in the Lives of Deceased Family Members”, “A Womanist Legacy of Trauma, Grief, and Loss: Reframing the Notion of the Strong Black Woman Icon”, and is the co-author of the book, “African American Grief”. Her current research agenda include understanding Community Trauma and End-of Life Decisions among older African Americans. She’s also in the process in writing her second book to be entitled, “African American Grief – Revisited”.

Dr. Wallace considers herself a “womanist” and so embraces the wholeness of all people – both men and women. She has a passion for healing and wholeness for God’s people – physical, psychological, and spiritual healing especially with women. A native of Brooklyn, New York, more recently residing in Atlanta, Dr. Wallace now lives in Smithfield, North Carolina where she is caring for her mother and father. She is the mother of two adult children – William and Yolanda, both educators – and two grandsons, Jaylen Samuel aged 17 and Andre’ (A.J. Tickle) aged 1 year.

Presentation Title: “Get Me Bodied”: Beyoncè, Bodies, and Blackness

Who: Dr. Jennifer Smith is the Dean of Inclusive Excellence and Affiliate Faculty in Women’s and Gender Studies at PLU

Bio: Dr. Jennifer Smith is the Dean of Inclusive Excellence and Affiliate Faculty in Women’s and Gender Studies at Pacific Lutheran University. She co-taught “Beyoncè and Black Feminist Theory” in Fall 2017 alongside Tolu Taiwo. Her research interests include feminist, critical race, and queer theories; transgender studies; and inclusive pedagogical practices. You can find her on a mountain or listening to “Partition” when she is not teaching or being an administrator 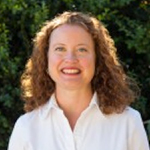 Presentation Title: “Get Me Bodied”: Beyoncè, Bodies, and Blackness
and Say Her Name: The Impact of white Supremacy on the Bodies of Black Womxn

Who: Tolu Taiwo, M.S., Assistant Director for Outreach and Prevention at PLU’s Center for Gender Equity

Bio: Tolu Taiwo, M.S., is the Assistant Director for Outreach and Prevention at PLU’s Center for Gender Equity and co-instructor of the “Beyoncè and Black Feminist Theory” course offered in Fall 2017. She is currently interested in being a better community advocate through gender-justice work, researching ways institutions can support survivors of gender-based violence, and listening to Everything is Love. 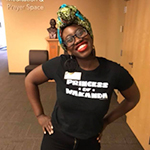 Presentation title: Say Her Name: The Impact of white Supremacy on the Bodies of Black Womxn

Bio: Nicole Jordan was born and raised in Hilltop, Tacoma, Wash. She stayed local and went to Pacific Lutheran University where she graduated with her Bachelors of Arts in Social Work in 2015. Jordan is now attending Evergreen State College pursing her Master’s in Public Administration and works with Treehouse as an Education Specialist in Bethel School District’s comprehensive high schools. Jordan remains in partnership with the Diversity Center, promoting and participating in study abroad opportunities, facilitating trainings for the What Will you Bring Campaign, and bringing new youth to explore PLU’s campus. 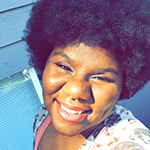 Presentation Title: Say Her Name: The Impact of white Supremacy on the Bodies of Black Womxn 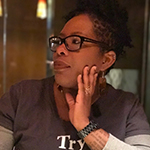 Presentation Title: Say Her Name: The Impact of white Supremacy on the Bodies of Black Womxn

Bio: Aviance is the Director of Career, Learning and Engagement at Pacific Lutheran University in Tacoma, WA. Aviance provides leadership and direction for initiatives that support students and alumni in their career development, exploration of vocation, and employment outcomes. Aviance also serves as a campus ministry partner chaplain and co-advisor for the Black Student Union at PLU. Aviance is currently pursuing a PhD in Higher Education from Azusa Pacific University in California. Her developing scholarly interests currently focus on various Black issues in Higher Education. 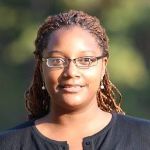 Bio: Dr. Reggie Williams book Bonhoeffer’s Black Jesus: Harlem Renaissance Theology and an Ethic of Resistance (Baylor University Press, 2014) was selected as a Choice Outstanding Title in 2015, in the field of religion. The book is an analysis of exposure to Harlem Renaissance intellectuals, and worship at Harlem’s Abyssinian Baptist on the German pastor and theologian Dietrich Bonhoeffer, during his year of post-doctoral study at Union Seminary in New York, 1930-31. 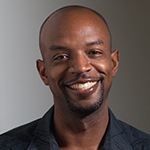 Dr. Williams’ research interests include Christological ethics, theological anthropology, Christian social ethics, the Harlem Renaissance, race, politics and black church life. His current book project includes a religious critique of whiteness in the Harlem Renaissance. In addition, he is working on a book analyzing the reception of Bonhoeffer by liberation activists in apartheid South Africa.

Dr. Williams received his Ph.D. in Christian ethics at Fuller Theological Seminary in 2011. He earned a Master’s degree in Theology from Fuller in 2006 and a Bachelor’s degree in Religious Studies from Westmont College in 1995. He is a member of the board of directors for the Society for Christian Ethics, as well as the International Dietrich Bonhoeffer Society. He is also a member of the American Academy of Religion and Society for the Study of Black Religion.