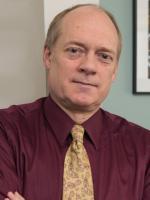 The American Chemical Society (ACS) Oregon, Portland, and Puget Sound Sections have named Dr. Timothy Swager, John D. MacArthur Professor of Chemistry at Massachusetts Institute of Technology, the 2016 recipient of the Linus Pauling Medal Award. Dr. Swager’s work has had impact on multiple areas of supramolecular chemistry and materials science, and reflects the spirit of Linus Pauling’s legacy.  He is known for his work in innovative polymer and liquid crystal designs, preparation and utilization of functionalized carbon nanomaterials and chemical and biological sensing.  His work bridges the highly technical chemical world with real world applications. He developed highly sensitive chemical sensors using molecular wires (electronic polymers) which have very practical applications in detecting gunpowder and explosives like TNT. His group has also developed fluorescent methods to detect chemical warfare agents as well as bacteria.

Dr Swager is described by colleagues as an “incredibly creative and inventive organic chemist.” They say that he does not just publish papers, he takes the next steps to be sure that the materials are used in applications that protect the public and the military, are used in the food and agriculture industry, and make a significant impact on human welfare. He has published more than 400 peer reviewed manuscripts and has more than 70 issued patents.

Dr Swager’s awards include the 2016 Gustavus John Esselen Award for Chemistry in the Public Interest, the Lemelson-MIT Award for Invention and Innovation, the Carl S. Marvel Creative Polymer Chemistry Award, the Christopher Columbus Foundation Homeland Security Award, the Council for Chemical Research Diversity Award, and many more.  He earned his Bachelor of Science degree from Montana State University and his PhD from California Institute of Technology.  Montana State University awarded him an honorary Doctorate of Science in 2006.  For more information about Dr. Swager, see https://chemistry.mit.edu/profile/timothy-manning-swager/.

The Linus Pauling Medal has been awarded annually since 1966 by the Oregon, Portland, and Puget Sound Sections of the American Chemical Society in recognition of outstanding achievement in chemistry comparable to that of its namesake and initial awardee, Dr. Linus Pauling.   A native of the Pacific Northwest, Dr. Linus Pauling is noted as being the only person to whom two undivided Nobel Prizes have been awarded: Chemistry (1954) and the Peace Prize (1962). Over a third of the Linus Pauling Medal recipients have also won the Priestley Medal, which is the highest honor given by the American Chemical Society and typically recognizes a lifetime of achievement. Likewise, over half of the Linus Pauling Medal roster has received the National Medal of Science – the highest award that a scientist can receive from the United States government – and more than a quarter are Nobel laureates.

PDF Version of the press release