Holocaust studies is not a new idea at PLU. It is an area of academic distinction and excellence that has been built over the past three decades – made possible by the commitment and support of the university at all levels, by the remarkable leadership of professors Christopher Browning and Robert Ericksen ’67, and by the support of many close friends of the university, as well as members of the Jewish community,” PLU President Loren J. Anderson said. 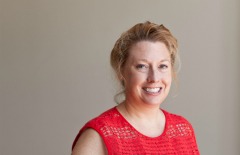 Welcome to our new Chair of Holocaust Studies!

The donors were Kurt and Pam Mayer, Natalie Mayer, Joe and Gloria Mayer, Nancy Powell, Carol Powell Heller and Harry Heller. Together they committed both to giving $1 million and to help raise another $1 million to eventually fund a $2 million endowed chair.

Additional support from these initial donors, plus support from Dale and Jolita Benson and other new gifts brought the endowment to the chair level of $2 million.

The endowment funds supplemental salary for the Mayer Chair, research and travel related to scholarship, enhanced library resources, student-faculty research fellowship opportunities, coordination of the annual Lemkin Student Essay Contest and the Lemkin Lecture (named for Raphael Lemkin, who coined the term , as well as the annual Holocaust conference.

The Kurt Mayer Chair in Holocaust Studies became the third endowed chair at PLU and reinforced the university’s position as one of the premier centers for Holocaust studies in the nation.