Road map to a green campus

Road map to a green campus

This semester, the university has put the concept into action by making a comprehensive sustainability plan – PLU’s Climate Action Plan and Sustainability Guide. 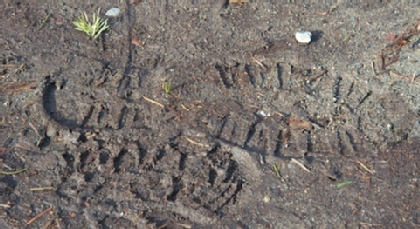 PLU has a road map to making its carbon footprint nothing.

“We have a long history of practicing sustainable environmental stewardship at PLU,”said President Loren J. Anderson. “Now this comprehensive plan reinforces the dedication of the entire campus community to reaching the goal of being carbon neutral by 2020.”

It’s not only a follow-up to signing the Climate Commitment two years ago, it’s a road map to a future of being a carbon neutral university by 2020, said PLU Sustainability Coordinator Chrissy Cooley.

“PLU took it one-step further,” she said. “The whole university really wants sustainability to be integrated into campus culture.”

The comprehensive green plan defines what PLU’s carbon footprint is and how to reduce it through eight steps:

There are big steps to be taken, like identifying and committing to facility upgrades, but there are also smaller steps that make a significant difference.

“It’s just going to take everyone being that way,” Cooley said. “Really, what’s most important is everybody making the little changes.”

“It’s not just about recycling,” she said.

With campaigns like UnPLUgged, student residence hall communities are becoming more conscious about turning stuff off and unplugging devices when they’re not in use.

There are also actions like identifying vending machines that aren’t being used, but cost more in electricity than what is purchased from them.

The Bike Co-op is re-launching in Harstad Residence Hall and Cooley plans to launch a campaign to encourage people to shut off campus computers when they are not in use.

There are nearly 3,600 computers on campus.

“There are more computers than people,” she said.

Computers running 24 hours a day, seven days a week cost PLU $124,000 annually.  Cutting that to eight hours a day, only five days a week, and then further subtracting holidays, would save more than $90,000 a year.

To find out all things sustainable at PLU go to the PLU Sustainability Web site.