A mid-season loss of Ordal Residence Hall’s most valuable player may have been the difference between victory and defeat in PLU’s UnPLUgged tournament. 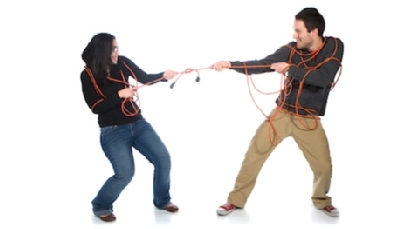 That star player was the hall’s first-round sustainability coordinator Julia Rodrigues, who this semester moved to Tingelstad Residence Hall – or T-stad as it is called by students – for a residence advisor position.

Normally that’d be no big deal, except that Ordal faced Tingelstad head-to-head in the second round of the UnPLUgged tournament.

The tournament is a yearlong challenge in which eight campus residence halls compete to see which is using the least energy – with the loser knocked out of the competition. After the first round last fall, the entire campus shed nearly 48,000 kilowatt hours (kWh), with Ordal doing the best by dropping its kWh per student by 19.1 percent.

February was round two: Ordal vs. T-stad as the heavyweights, with Hong vs. Pflueger on the undercard.

In the first round, Ordal really showed its spirit by doing whatever it took to lower energy use. “We basically lived in the dark for a month,” Sipe said.

Sipe credits a lot of the enthusiasm in the first round to the work Rodrigues helped create.

Students come together as a community and through the friendly competition, make a positive impact in changing energy consumption behaviors, the two agreed.

“The reason Ordal won (in the first round) was because we came together as a whole,” Rodrigues said. “We’re all college students and we’re all pretty competitive.”

How did the second round go?

When the tallies came in March 1, campuswide, the results were everything organizers could have hoped for. Students saved 126,640 kWh compared to the previous February – enough to power 126 homes. (It also saved the university $4,293.14.)

As for the marquee matchup?

“I suspect they grilled her for tips,” Sipe said of his friendly rivalry.

This means Tingelstad will go head-to-head with Pflueger in April.

Even with the loss, Sipe said the real goal is building on this tournament’s momentum for the coming years.

“We are working to focus on building good habits for living in a dorm and living sustainably,” Sipe said.

That’s really what this whole thing is about, Rodrigues added.

The two have already seen some students change their practices by making sure to unplug appliances when they are not in use, or turning a power strip off, or doing the simplest of acts like turning off the lights when they aren’t needed.

“There’s a lot more than just plugging and unplugging things from the wall,” said Christine Cooley, PLU’s sustainability coordinator. “The technology (to save energy) is there. People’s habits haven’t adopted to it yet.”

That’s starting to change this year, thanks to UnPLUgged. And it will likely change even more with all stars like Rodrigues and Sipe bringing others enthusiastically along.