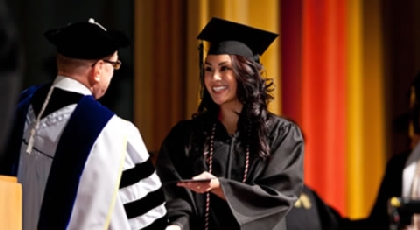 PLU continues to exceed national norms on 10 of 12 scales.

According to the results of a national survey, student satisfaction with PLU continues to exceed national norms on 10 of 12 scales.

The Student Satisfaction Inventory asks students to identify the issues that are most important to them.

It’s the primary tool used by PLU – and many other universities – to assess the effectiveness of campus services. PLU has administered the survey eight times since 1996.The most recent results were gathered in October 2010 from 1,045 PLU students in 55 undergraduate courses. Laura Majovski, vice president for student life attributes the high ratings to, “very dedicated, deliberate work and a significant investment of resources by a broad group of people on campus.”

In previous years, surveys helped the university identify areas in need of improvement. Then time, energy and funding was dedicated to enhance the student experience through better student services and programming, as well as capital improvements, she said.

“The university is committed to asking for and listening to student opinion and to providing the best PLU experience we can,” Majovski said.

The most recent survey responses were compared to data gathered during the 2008-09 and 2006-05 academic years, as well as data gathered nationally from 400 four-year private institutions.

Within these categories, students gave high ratings to faculty excellence and academic experience; the engaged, positive atmosphere of campus; and support services including approachable and helpful staff across campus and knowledgeable counselors in the admission, financial aid and registrar offices.
PLU was rated at the national mean on responsiveness to diverse populations, such as services for older returning students, part-time students and evening students. The university’s commitment to under-represented populations and students with disabilities were both rated above the national mean.

Safety and security was rated more positively than in previous years by PLU students, although this scale remains the only one rated below the national average. The category includes parking and the overall safety of campus, as well as the responsiveness of safety personnel.

Within the category, Campus Safety officers and their response to emergencies consistently receive high marks. PLU students rated their overall perception of safety and security on campus higher than in previous years. Students would like more student parking and waits shorter than 10 minutes for Campus Safety escorts
In recent years, the university installed a video camera surveillance system with 55 cameras that monitor parking lots 24 hours a day. In addition, Pierce County Sheriff’s deputies have increased their patrols of the campus perimeter, and Campus Safety’s safe ride/walk escort service has increased its capacity and expanded its boundaries.
“Overall, the results of the survey are positive and encouraging,” Majovski said. “Where deficiencies have been identified, the university remains committed to improvement.”