From healthcare and environmental issues to education and the general state of politics, the issues PLU students are concerned with are almost as diverse as they are. Some are greatly concerned with equality for all and have shared their support for R74, which would legalize same-sex marriage in the state, while others have expressed concerns about healthcare coverage and issues of apathy among voters.

Over the last several months, students have been busy figuring out how to register to vote and following the campaigns, and one student has even been busy running a campaign of his own. (APSLU registered more than 300 students to vote)

To find out more about how PLU students feel this election season, read about four students who opened up and shared their opinions with us below. 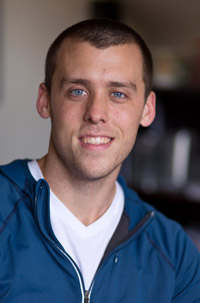 History major Taylor Astel ’13 turned 18 just before the 2008 election, but this year the stakes are higher.

“A lot more of the policies influence me now compared to when I was 18 years old,” Astel said.

Now that Astel’s in his senior year, he’s becoming increasingly aware of how the outcome of this election will affect him when he enters the workforce.

Growing up in a family without healthcare coverage has had a significant impact on how he voted in the last election and how he’ll vote this November.

”I come from a family that hasn’t had healthcare since I was 12,” explained Astel.

“As a result, it’s been a defining characteristic of what concerns me when I vote. Healthcare is something I believe every person should have access to regardless of their income bracket.”

The privatization of healthcare is what’s particularly concerning to Astel.

“You wouldn’t make firefighting or police work for profit,” said Astel, so he questions why healthcare, a similarly vital institution, would be privatized. 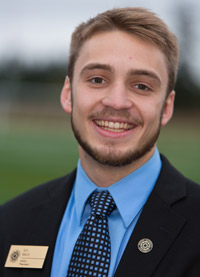 Political science major Ian Metz ’13 has been involved in politics for just about as long as he can remember.

“I’ve been exercising my civil duty since before I could even vote,” Metz said. “I’ve done some canvassing. I helped with some school board stuff in eighth grade. I started small, and each year I’ve had opportunities come up and it takes a bigger role in my life.”

In April 2011, Metz was hired as a grassroots and legislative coordinator for TK Bentler Public Affairs Associates, where he got involved in a variety of campaigns, including an alteration of liquor laws regarding growler refills, which passed as House Bill 1465.

“At the federal level, there is a failure to engage in good politics,” Metz said. “My general definition and understanding of what good politics should be is simple. It’s discourse and deliberation. Our federal government has become so polarized that they fail to talk about anything.” 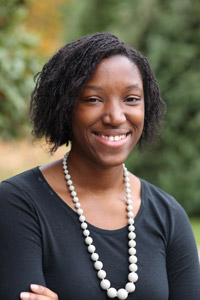 Anthropology and women’s and gender studies double major Princess Reese ’14 cast her first ballot in the primaries this year and has been eagerly awaiting the chance to vote this November.

“It feels really good to have my first election,” Reese said. “I’ve been heavily following politics since like ninth grade.”

Reese is active within PLU’s sustainability department, so ensuring social welfare programs, finding and using clean energy, and putting more pressure on large companies to be economically and ecologically sustainable are among her top concerns, along with marriage equality.

“Everyone should have a chance to do whatever they want, as long as it doesn’t harm anyone else,” Reese said.

Besides these issues though, Reese also expressed concern with the general lack of awareness about the issues, or what others might identify as apathy.

“I think we need more people aware of the issues, especially our age group,” Reese said. “A lot of people work 40 hours a week, and things prevent them from having the time to watch the debates. There’s a lot of privilege with being able to vote. Even knowing what issues are on the ballot is a privilege. We need to do a better job of acknowledging that privilege and acting on it — taking a study break and reading up on issues, or engaging in conversations about politics.” 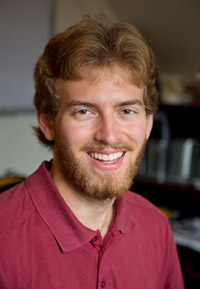 As if Math, Political Science, Norwegian, and Environmental Studies quadruple major Eric Herde ’14 didn’t have enough on his plate, he decided earlier this year to run for state senate in the 25th legislative district.

Herde has been involved with the local democratic party for years an decided to run when Dawn Morrell, who previously held the position, announced she wasn’t running and suggested he go for it.

“I did plan on running for office eventually, but not this soon,” Herde said. “I had originally planned on interning in her campaign, and that’s when she suggested it.”

“A friend of mine is going the UW and with the 14 percent increase each year he had to quit. There’s stories like that across the state,” Herde said.

Herde personally witnessed cuts to the music departments in the Franklin Pierce School district while he was in high school.

“I am fully in favor of equality of opportunity, in any situation, whether economic, political, education, or athletic,” Herde said.