Cambodia: A reflection on the genocide by Khmer Rouge

Cambodia: A reflection on the genocide by Khmer Rouge and coverage by US media

In 1975 over one-fourth of the Cambodian people were murdered. Not by foreign aggressors or malicious diseases, but by their own people. The Khmer Rouge, a communist regime with a Utopian dream, decimated its own country. Like the Holocaust, the history of Cambodia needs to be remembered.

The Cambodian genocide is part of a larger story of human atrocities in the 20th century. The Holocaust has completely reshaped the world’s perception of human atrocity; it has birthed countless reflections on how we can prevent genocide in the present and future, and how we can better respond to genocide. But only 35 years later, the international community turned a blind eye to the genocide of Cambodia. 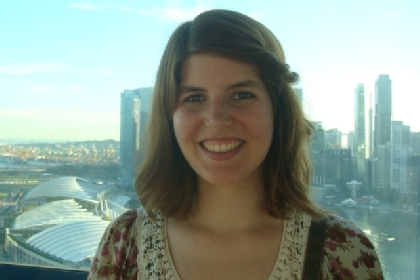 In my research, I focused on how the Cambodian genocide was portrayed in the American media. Journalists hold a unique position in that they have a credible foundation through which they can convey news of genocide to others. By doing this, they can help to instigate intervention. But even though U.S. newspapers contained news stories about the genocidal Khmer Rouge regime, there was a disparity between the American public and the American journalists who wrote with a sense of moral obligation.

The Cambodian genocide took place in a turbulent period in America’s history of foreign politics and intervention. With the Watergate scandal and Vietnam protests, the air was filled with uncertainty and mistrust. Furthermore, the fear of making yet another mistake (as many had characterized the Vietnam War) loomed heavily over Americans. The combination of this uncertainty and fear immobilized Americans. The Khmer Rouge carried on their bloody regime for several years before the conflict between the communists of Cambodia and Vietnam led to the Vietnamese removing the Khmer Rouge from power, and thus ending the genocide. The story of the Khmer Rouge and America’s involvement in Southeast Asia is multi-faceted. So many different factors played a role in the United States’ lack of response to the Cambodian genocide that it is impossible to point to a clear cause.

Therefore, instead of concluding that the complex nature of genocide means nothing can be done, a different conclusion should be drawn. As is all too often said, “hindsight is twenty-twenty;” looking back, the mistakes are clearly laid out. At the time, Americans were afraid to make further mistakes. But there is a greater fallacy in doing nothing than doing something. When I started this project I wanted to respond to the question: why does genocide persist? Ever since I learned about the Holocaust when I was younger, I have wanted to delve more into understanding how such a horrible atrocity could happen, and how it can keep happening. Studying Cambodia has made that answer only more elusive. But I am so thankful that I was given the opportunity to explore this topic through the Kurt Mayer Student Fellowship. More than anything, my research has challenged my understanding of my role as an individual combating genocide and other human rights’ violations.

Cambodia is a distant country, with seemingly no ties to the United States. But genocide is defined as a crime against humanity. Trapped by the borders of their own country, Cambodians had no one to turn to. We may be Americans by nationality, but our common humanity makes the difference between Americans and Cambodians obsolete. When genocide makes an appearance the international community should take note and act. We know genocide to be repulsive, so we cannot, must not, turn away from acting against it. We cannot be apathetic to the plight of others, no matter how different or complicated our current situation is.