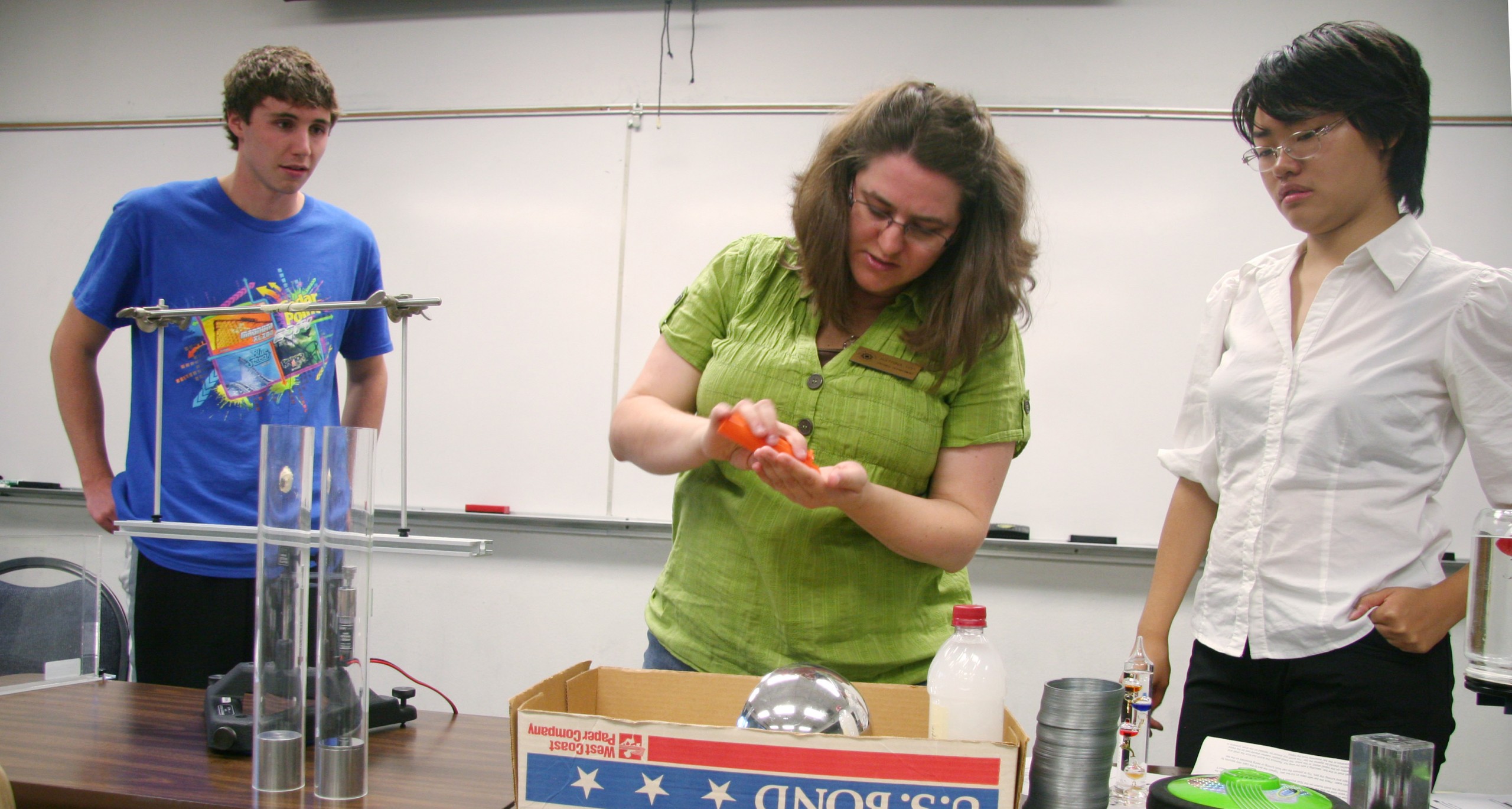 The show will include 20 physics demonstrations that explore topics in mechanics, electricity, waves, thermodynamics and magnetism. To break the stereotypical perceptions about physics as an inaccessible subject, the department is making an effort to present a different image of science to the public through this show, said Katrina Hay, Associate Professor of Physics.

Designed to introduce physics through a variety of intriguing experiments, the event invites not only the PLU community but also students and families from local middle and high schools. There also will be an exploration table during intermission for more entertainment.

“The demo show is designed to reach out to the public and to kids especially,” Hay said. “My department colleagues and I wish to show them that science is fun. For children, visibility of adult scientists gives them permission to pursue science themselves.”

Physics faculty members will lead the demonstrations with the assistance of student volunteers from the PLU Physics Club. Michelle Zhai, one of the executives from the Physics Club, said she is very excited for the show.

“It is a fun, visual treat that doesn’t really require much knowledge or skills in science,” Zhai said. “I really hope there will be a lot of people showing up.”

Hoping to catch the kids before they move on to college, Hay said she wants to reach out to the younger population through this event to add more perspectives about physics into their world.

“Physics tells the story of mathematical elegance and the surprising simplicity of the laws of nature,” Dr. Hay said. “My hope is that people will enjoy the show and take away an appreciation for the predictability and elegance of physics.”