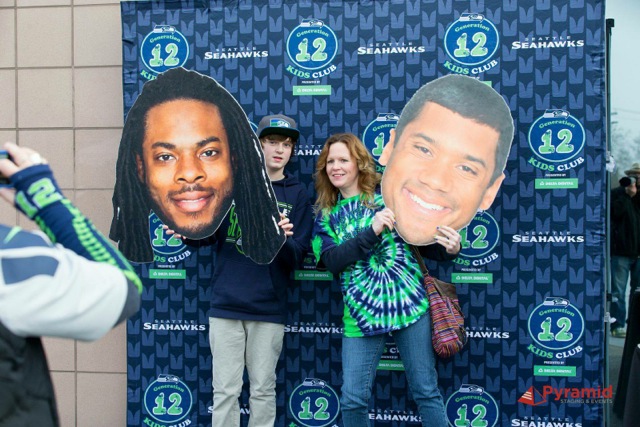 TACOMA, Wash. (Jan. 28, 2015)—If you can’t make it to the Seattle Seahawks’ pre-Super Bowl rally in Arizona on Jan. 31, you can take comfort in the fact that at least one Pacific Lutheran University graduate will be there representing the Lute #12s.

Stephen Dilts, MBA ’14, kind of has to go to the rally, since it’s his stage the Hawks will stand on.

Dilts is the CEO and founding partner of Pyramid Staging & Events, LLC, a multimillion-dollar organization that works with big-name clients such as Starbucks and Microsoft; on PLU events including Commencement, LollaPLUza and the Karen Hille Phillips Center dedication; and on hugely high-profile events including Bumbershoot, the Sasquatch Music Festival—and a ton of Seahawks stuff.

Dilts said his company has provided staging, roof systems, lighting and more for all the big Seahawks rallies, along with the Macklemore/Ryan Lewis halftime performance last year and this year’s by Alice In Chains.

“One of my favorite memories was providing the big stage and press riser inside the stadium last year during the Super Bowl victory parade,” Dilts wrote en route to Phoenix. “For one day, we were the biggest staging company in the United States!”

Dilts started Pyramid Staging in 2010, when he first enrolled at PLU to pursue his MBA. Since then, Dilts has graduated, and the company has grown to more than 212 employees (including other Lutes recruited and hired by Dilts) and taken on sponsorship of the MBA Executive Speaker Series on campus.

Pyramid Staging started out on a much smaller stage, so to speak, and built its clientele over time. “It’s really a small world, and everything is 100-percent relationship-driven,” Dilts said.

Many of those relationships formed during his time at PLU.

“Earning my MBA at PLU has helped me in so many ways, it’s hard to even explain,” he said. “The PLU MBA program opened my eyes to what it was really like to be an entrepreneur. For my final project at PLU, I spent some time analyzing Commencement Bank. Little did I know, that relationship would develop into the backbone of our company financing, with a large line of credit, term loan and other resources at my disposal. Wow! Talk about taking things directly from the classroom into real life.”

Initially, Dilts said, Pyramid Staging helped First & Goal, Inc. with conversions at the WaMu Theater in Seattle a few times a year, putting up curtains and transforming the space from a boat show into a concert venue.

“From there, we had the opportunity to help with the pregame/halftime crew at the Seahawks games,” he said. “You know those guys that push the big pyro towers out into position or organize the wiener-dog races at halftime? Yep; that’s us!”

And now, his team is sending a semi full of gear to Arizona and preparing to set up staging, trusses and other equipment for another team’s huge public celebration.

“I can’t believe the Seahawks are giving us the chance to travel down to Arizona and help with their big 12Fest Rally at Chase Field,” Dilts said. “To have my team down at the Super Bowl and be working under a national spotlight is super exciting!”

Speaking of exciting, Dilts has a Super Bowl-sized surprise in store for the Pyramid Staging rally team (far be it for us to spoil that)—and an optimistic business plan for the immediate future.

“Hopefully, the Seahawks will win, and we’ll be back home providing staging and gear for another huge parade!” 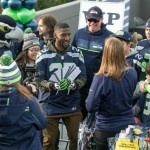 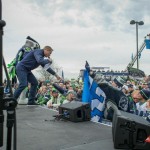 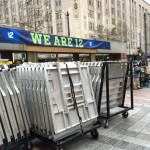 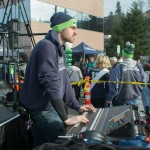 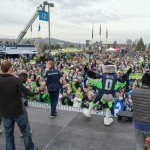 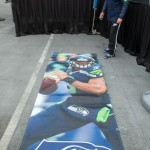 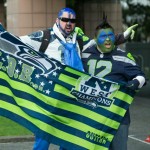 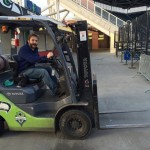 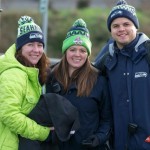 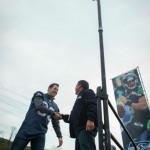 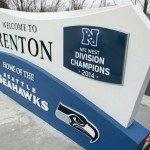 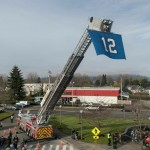 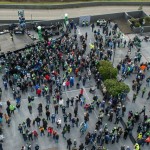 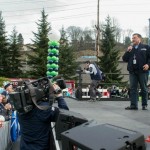 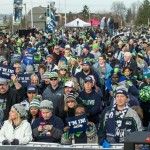