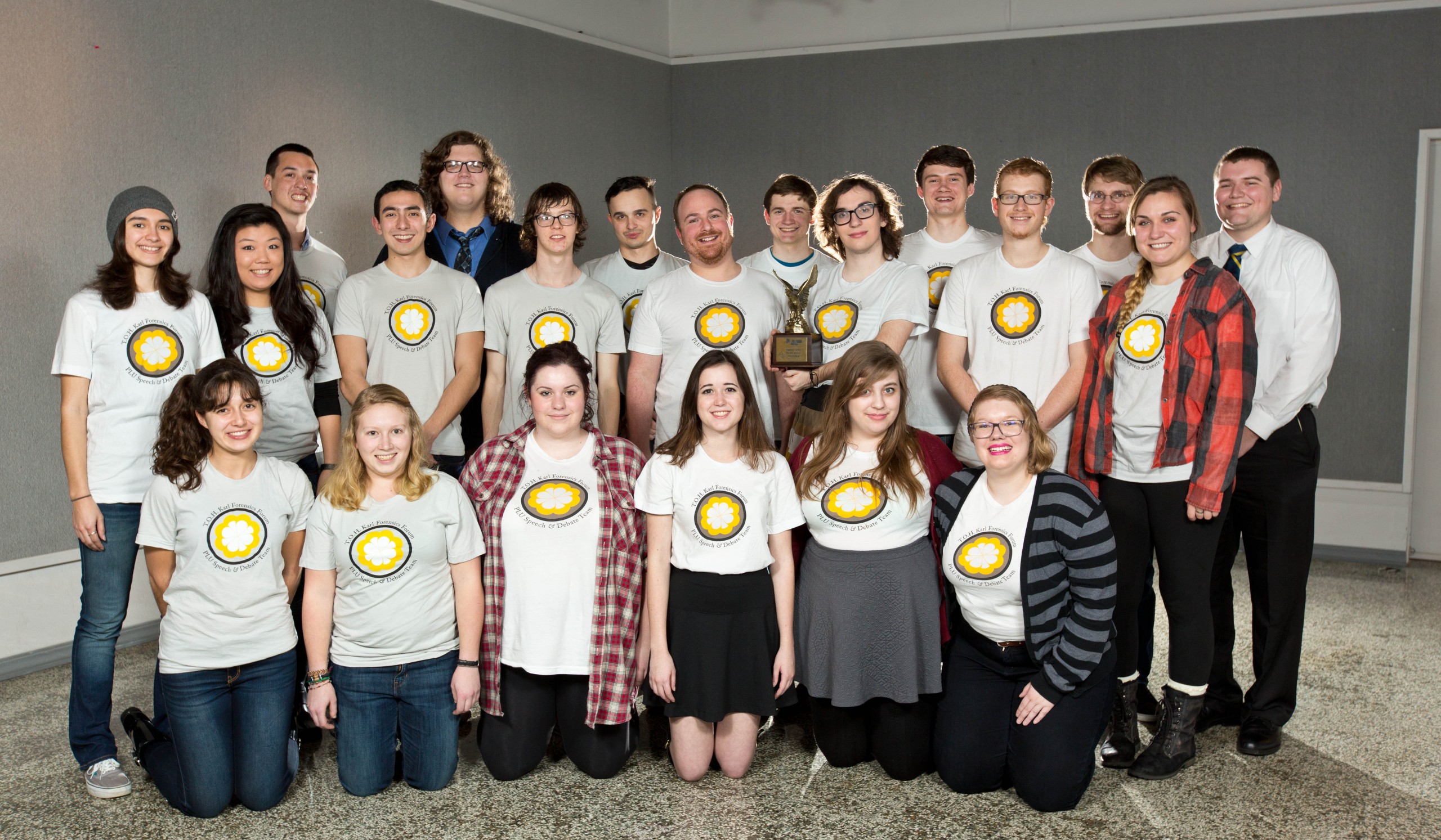 “Finals were the last thing on my mind at the beginning, but somehow Sam and I were able to make it into semis,” Bartholomew said.

Competing in their first competition together, Ballard and Gerlach proved a dynamic duo: They made it to the final round. 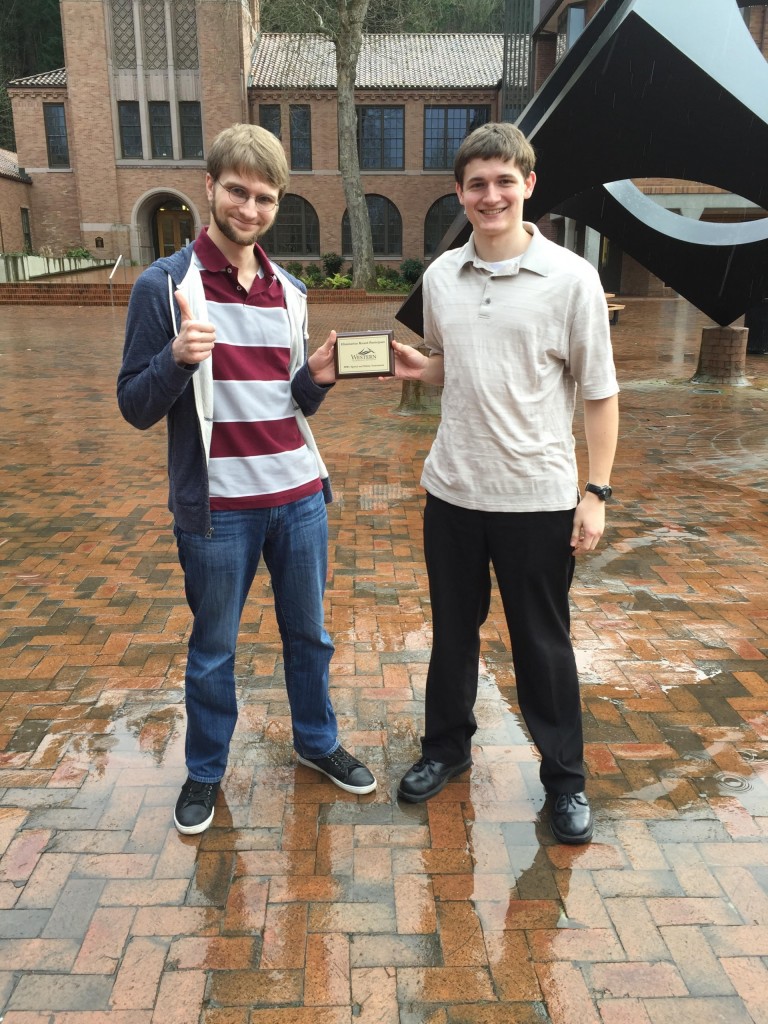 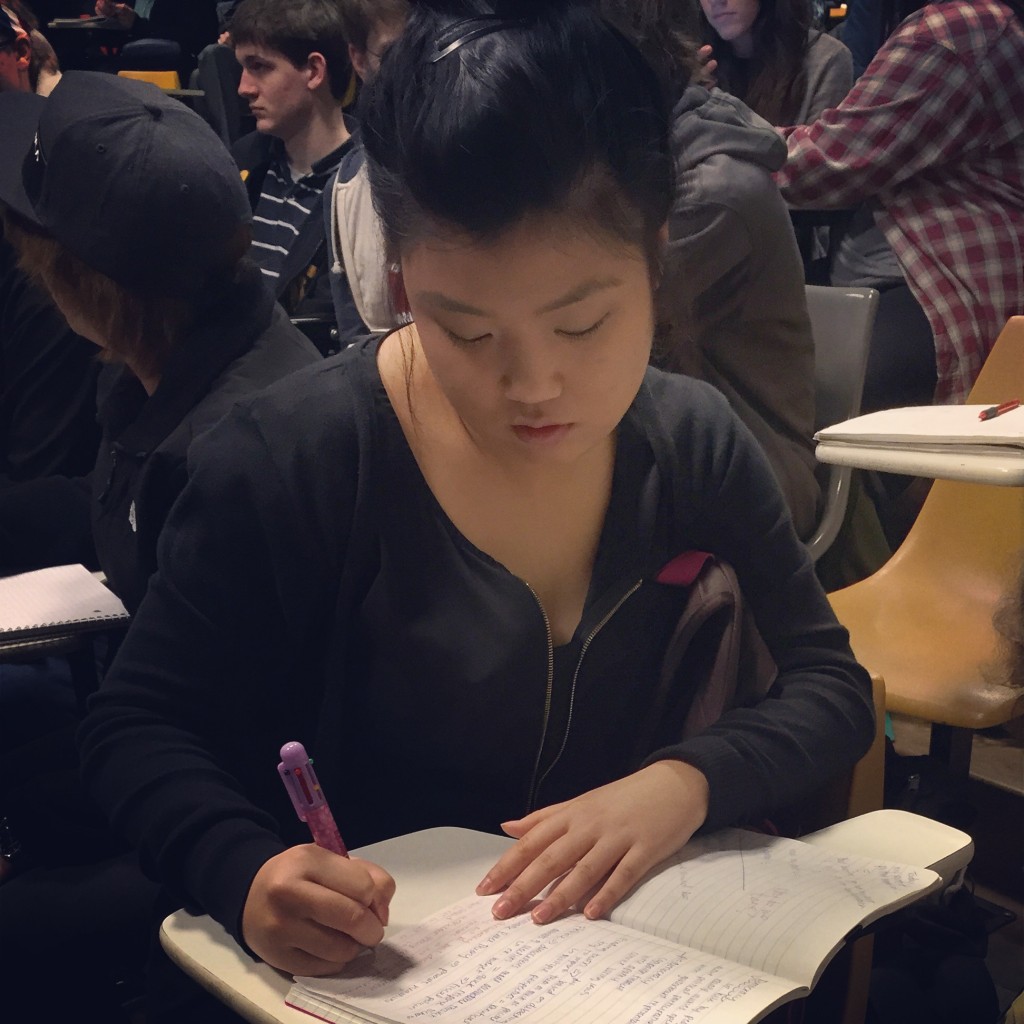 Patricia Im prepares for a round of debate. (Photo: Tori Vigil, PLU)

“I’m really proud to have made it that far,” Ballard said. “I’m excited to debate for PLU as often as I can.”

Directed by Justin Eckstein, PLU’s Speech and Debate team has a long history of intercollegiate forensics competition. Founded in 1947, PLU’s debate team is one of the oldest and most decorated forensics programs in the country. In the 2013-14 season, the PLU speech and debate team made it to eliminations at every single tournament it attended.

On average, the program attends 10 tournaments each year and hosts three events on PLU’s campus, including the T.O.H. Karl High School Invitational, The Forensics Scholar Lecture, and the Ruth Anderson Public Debate Series.

Balancing competition with service to the local community, the program features forensics mentoring programs and hosts public debates on matters of concern.

The team will compete next at Willamette University in Salem, Ore., the last weekend of February.