As chair of the Tacoma-Fuzhou Sister City Committee, Youtz was instrumental in creating the connection between a Chinese high school and Tacoma’s Lincoln High School, which Xi Jinping and his wife, Peng Liyuan, will visit.

“This is usually a very quiet post,” Youtz said. “But I am suddenly in a bit of limelight with the arrival of the Chinese president next week.”

Youtz, a composer who has studied classical Chinese music and culture for years and speaks frequently on Chinese arts and culture, already has been interviewed by a Seattle-based China blogger, by the Beijing correspondent for the Wall Street Journal and by TV Tacoma; he’ll also appear on KING-5 News at 4 on Sept. 17.

Youtz, who served for 20 years as director of PLU’s China Gateway Study Abroad Program at Sichuan University in Chengdu, China, said Xi Jinping signed the 1994 document that created the Sister City relationship while he was Chairman of the Standing Committee of Fuzhou Municipal People’s Congress. 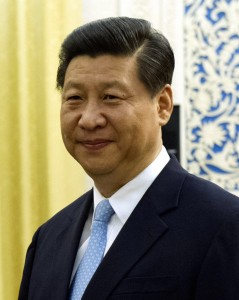 Youtz told WA China Digest that his initial involvement with the sister-city program was inspired by a $1.1 million grant project received by PLU and funded by the Freeman Foundation of New York and Stowe Vermont between 2002 and 2011.

“We took 84 teachers, professors and school administrators to China in four summer study tours of three to four weeks each,” he said. “The purpose was to engage more American educators in the study and teaching of China, and we helped create school-to-school partnerships in the U.S. and China, focusing on both Sichuan as Washington’s sister province in China and Fuzhou as the sister city. I joined the Sister City Committee in 2008 as part of connecting that committee to the PLU project and to the Tacoma Public Schools, with whom we were working primarily.”

That same year, Lincoln High School and the Affiliated High School of Fuzhou Institute of Education signed a memorandum of understanding to promote faculty, student, cultural and sports exchanges, according to the City of Tacoma. Several Lincoln High School teachers and Tacoma School District administrators have visited Fuzhou for professional exchanges and to teach during breaks.

In addition, a delegation from Fuzhou visited Tacoma in 2010 to guide and assist with the construction of the Fuzhou Ting in the Tacoma Chinese Reconciliation Park. The Ting was completed the following year and has since become a unique landmark and cultural attraction on Tacoma’s waterfront.

Youtz is also a member of the board of the Chinese Reconciliation Project Foundation and will help host Minister Qiu Yuan Ping of the China State Department/Oversea Chinese Commission at a public celebration at the park at 9:30 a.m. on Sept. 21. Youtz also will attend the opening ceremony for the Tacoma-Fuzhou Sister City Exhibition at the Old Post Office, 1102 A St., at 10 a.m. Sept. 22.