TACOMA, Wash. (Oct. 13, 2015)—Pacific Lutheran University will host a lecture by Seattle University School of Law Professor Dean Spade, a leading scholar and activist in trans rights. His talk, “Romantic Notions: Soldiers, Spouses and the Limits of LGBT Equality,” will be held at 6 p.m. Nov. 3 in the Scandinavian Cultural Center at PLU. 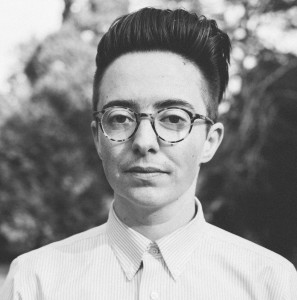 The event, which is free, is sponsored by PLU’s Women’s Center, the Women’s and Gender Studies program and the Diversity Center.

Anti-colonial, feminist and anti-racist queer and trans activists and scholars contest this, Spade says, and argue that the alignment of this pro-military, pro-marriage gay and lesbian rights politics with the global war on terror and the explosive growth of racialized criminalization and imprisonment are no coincidence.

In his talk, Spade will discuss the complex terrain of contemporary queer and trans politics, examining the racialized/gendered roles of soldier and spouse offered in the name of “equality” and “human rights.”

“Spade’s research interests and perspectives that challenge rights-based activism are excellent illustrations of diversity, justice and sustainability in action—both within an academic context and within activism,” says Jennifer Smith, director of the Women’s Center. “He demonstrates how to put thought and theory into action. Additionally, his work is explicitly intersectional, focusing on race, class, sexuality and gender simultaneously.”

In 2002, Spade founded the Sylvia Rivera Law Project (www.srlp.org), a nonprofit law collective that provides free legal services to transgender, intersex and gender nonconforming people who are low-income and/or people of color. SRLP also engages in litigation, policy reform and public education on issues affecting these communities and operates on a collective governance model, prioritizing the governance and leadership of trans, intersex and gender-variant people of color. While working at SRLP, Spade taught classes focusing on sexual orientation, gender identity and law at Columbia and Harvard law schools.

Spade was awarded a Dukeminier Award for his 2008 article “Documenting Gender.” He also served as the 2009-10 Haywood Burns Chair at CUNY Law School and was selected to give the 2009-10 James A. Thomas Lecture at Yale.