TACOMA, WASH. (Dec. 16, 2015)- Recently ranked the sixth-best university in the country for holiday events by Best College Reviews, Pacific Lutheran University students, staff and faculty collaborated on a wide variety of Christmas events throughout the month of December.

Highlights included Christmas concerts on campus as well as in Seattle and Portland, the 25th Annual Winterfest, and the annual Sankta Lucia Fest. (All photos by PLU photographer John Froschauer unless otherwise noted.)

On Friday, Dec. 4 the Celebration of Light began with the Jingle Run and concluded with the the tree lighting and festival carols in Red Square. 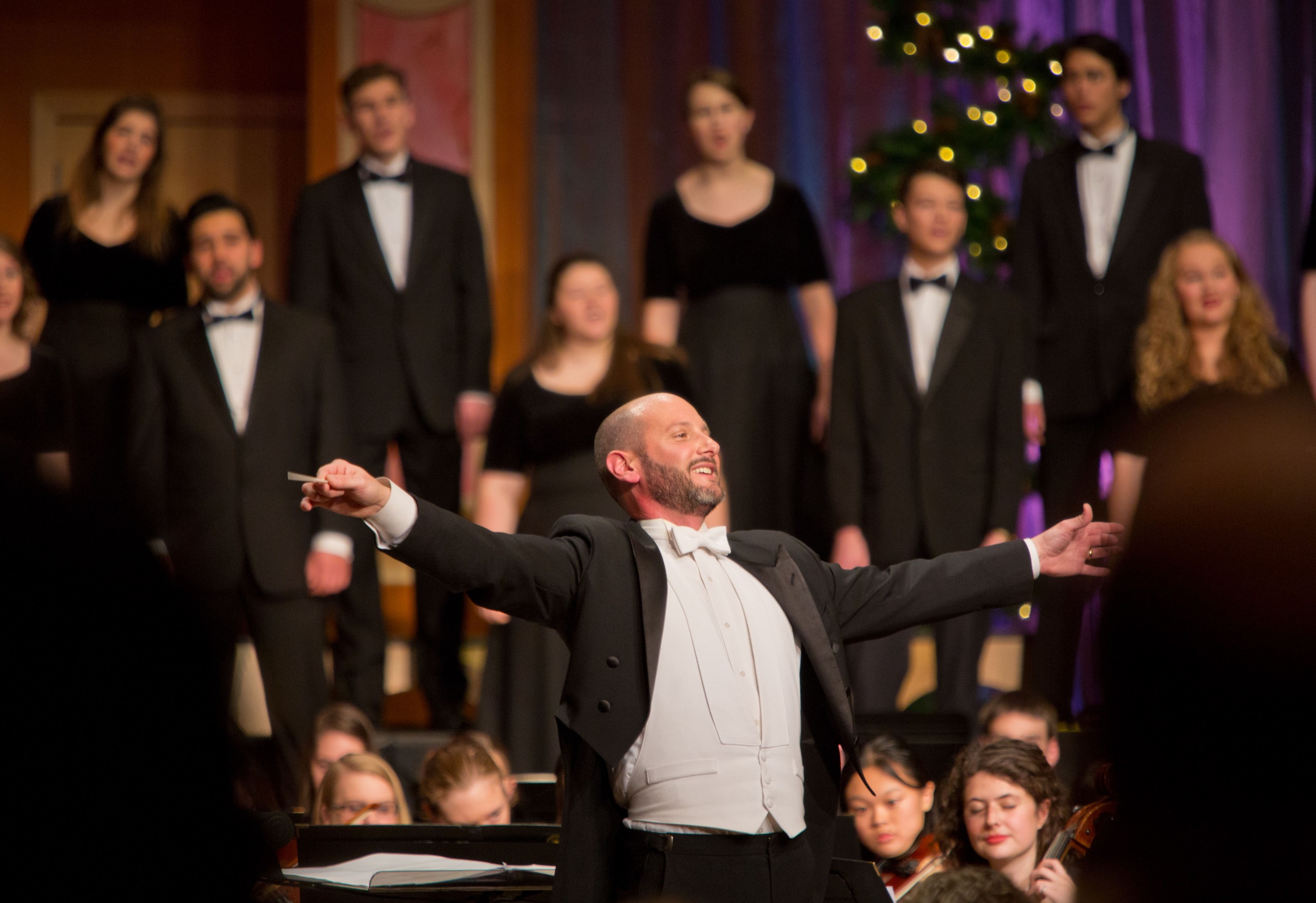 Thanks to a partnership between PLU and Oregon Public Broadcasting (OPB), the PLU 125 Anniversary Gala Christmas Concert will be broadcast on PBS affiliates in Oregon and Seattle-Tacoma.

“A Christmas Invitation” was performed at Seattle’s Benaroya Hall, home of the Seattle Symphony, on Monday, Dec. 7, 2015.

On Saturday, Dec. 12 over 350 volunteers joined PLU CCES in welcoming 827 local Parkland, Tacoma and Spanaway children and their families to East Campus and presenting them with coats, socks, toys, games, arts and crafts, and a visit from Santa.