TACOMA, WASH. (March 30, 2016)- Dr. Antonios Finitsis didn’t require a video assignment at the start of his religion course at Pacific Lutheran University. The creative ambition of a group of students in 2008 planted the seed for what’s become a university tradition — PLU Hebrew Idol.

The competition features short films written, filmed and edited by students in Finitsis’ course titled “Religion and Literature of the Hebrew Bible.” Each year, online voting by students determines the top three movies, which go on to face evaluation by a panel of judges. This year, that finale event takes place April 21 at 6 p.m. in the Black Box Theatre.

Students are encouraged to vote for their favorite movie on the PLU Hebrew Idol website. Voting, which is only open to PLU students, closes at 5 p.m. April 13.

About 100 people have cast their votes, which is about three percent of the university’s student body.

The video component — now a trademark of the class — was originally conceived by a group of students who wished to present a film for their project instead of the traditional PowerPoint. The response was overwhelming, Finitsis said.

“The presentation got a standing ovation from the class and generated the most discussion out of any other presentation,” Finitsis said. “It seemed to me that a moving picture was worth millions of words.”

Finitsis’ awe at the film’s execution inspired him to institute the video assignment as a staple of his course. When he offered his students the option of making a video the following spring, half the class produced films.

Finitsis, associate professor of religion, said to himself: “These are too good. They’re too good to die at the end of class. PLU has talent, and I have to honor it.” 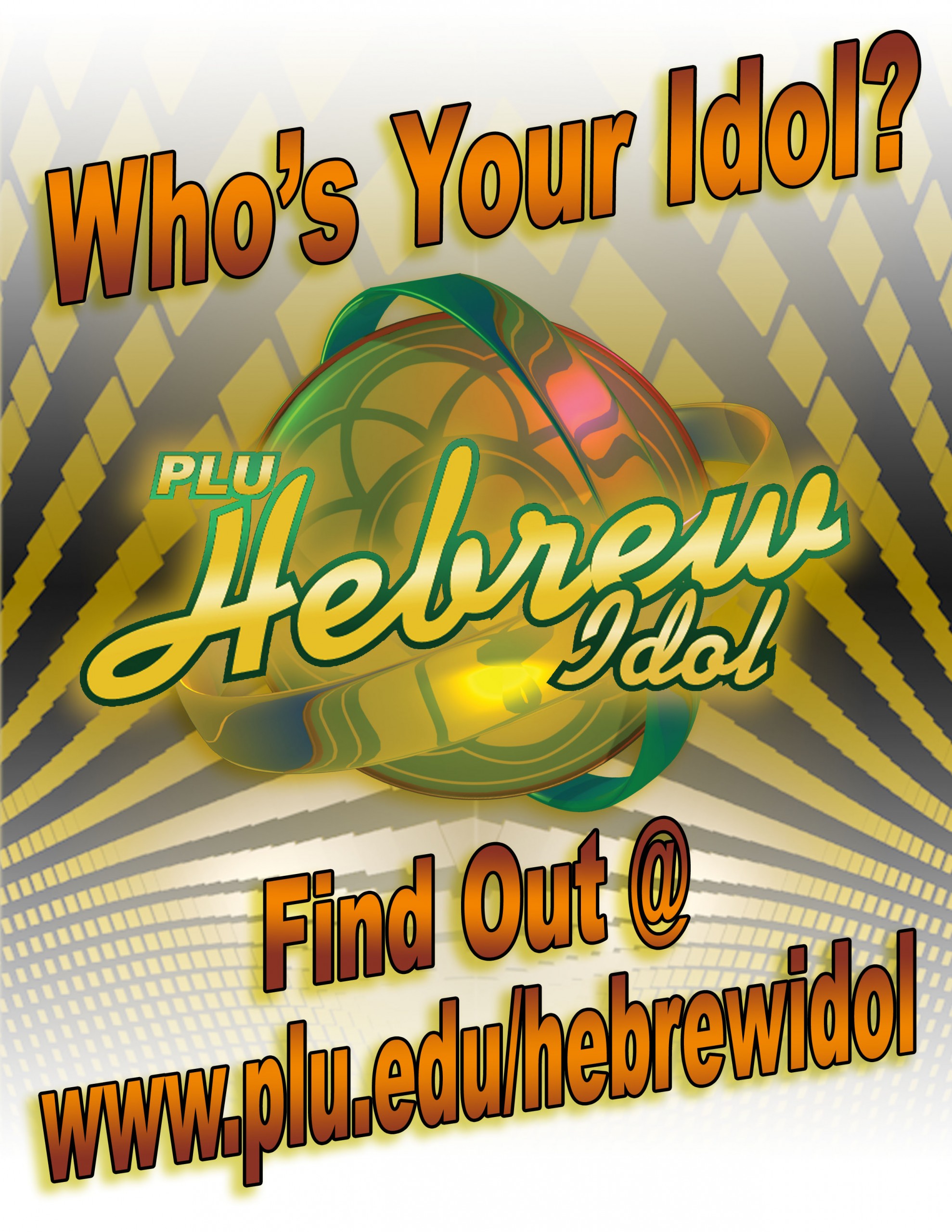 Learn more about the competition and view the films.

Soon, the video assignment became a requirement for all students taking the religion course. Finitsis created a website to showcase the films and development of the Hebrew Idol competition followed shortly after. Now, the event exists as a firm PLU tradition displaying student work and exemplifying a bridge between academia and creativity. That bridge, Finitsis says, speaks to the university’s mission.

A good Hebrew Idol movie, Finitsis says, demonstrates both artistic creativity and strategic choices. More than that, the winning movie must also communicate a message worth speaking.

This year, 12 movies are in the running for the title of Hebrew Idol. The competition contains more movies than ever before. Finitsis says the excellent quality of previous films caused the rise in competitors.

“This year we have 12, because over the years, the movies just keep getting better and better and better. It gets harder for me to cut them out,” Finitsis said. “There are also so many this year because there is enough variety between the movies. Not one of them looks like the other.”

The key to Hebrew Idol’s success is that the fate of the competition rests in the hands of the student body, Finitsis says, and its widespread support helps the competition thrive.

“We are calling (the students) to action, and that action is to vote,” Finitsis said. “I expect a full house in the Black Box as always.”