TACOMA, WASH. (June 15, 2016)- Kate Deines ’16 is a natural on the soccer field and has a long résumé to prove it. She played at the local, college, national and international level, garnering recognition until her retirement from the sport in 2015.

When Deines made a pivot from professional sports to the finance master’s program at Pacific Lutheran University, it was a bit of an adjustment.

“Soccer came easy. I’ve always known it’s something I’m good at. But with finance I’ve had to work really hard to prove myself,” said Deines, who graduated last month with a Master of Science in Finance. “It was scary to go from soccer and my identity as a soccer player and go into the completely foreign territory of finance, something that I had no background in and knew nothing about.”

Deines seems to have started on the right foot with her new identity. She earned her first badge of honor in April when the Puget Sound Business Journal and the Seattle Foundation presented her with the Women of Influence Award. The program “shines the spotlight on local businesswomen, community leaders and philanthropists who are a force in the region,” according to the publication’s website.

“I am honored and so humbled to receive this award,” Deines said. “I burst into tears when I found out.”

Master of Science in Finance 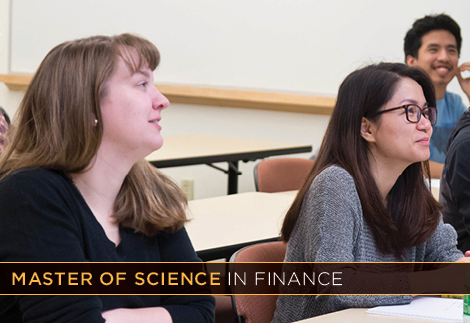 Deines was busy during her accelerated 10-month MSF program at PLU. She worked part time at Avier Wealth Advisors in Bellevue. She also participated in various student competitions throughout the region, in which she had the opportunity to practice managing a six-figure investment fund as part of a research challenge with the CFA (Charter Finance Analyst) Society of Seattle.

Additionally, she worked with Criterion Institute where her work – focusing on mentoring wise investments to empower women – became part of her capstone.

“Helping make those sort of investments in women is really important to me,” Deines said. “In just my short time as a student and at conventions I have really noticed women as a minority in business.”

She was also a Issaquah-based commuter student and continues to coach soccer once a week.

“This has been a complete 180,” Deines said of her new journey. “It’s just been a total whirlwind and I can’t believe it’s been about a year of not playing already.”

Deines said she has always loved soccer. She grew up playing in the Seattle area, joining the Seattle Sounders Women when she was still in high school. She played for the University of Washington while completing her undergraduate degree in communication and media.

In 2012, she was named UW’s Female Athlete of the Year and awarded the Tom Hansen Pac-12 Conference Medal – for the student athlete who displays performance and achievement in leadership, academics and athleticism.

But she didn’t stop there. “I always wanted to play professionally,” she said.

After graduating from UW, Deines found herself with nowhere to play because the United States Women’s Professional Soccer League disbanded. “It was a sad time for women’s soccer,” she said.

So, like many others in that situation, Deines played abroad. She joined Stjarnan FC in Iceland, helping her team win the Icelandic Cup, among other accomplishments.

Deines later joined the Seattle Reign FC in 2013, after the formation of the National Women’s Soccer League (NWSL), and played two seasons before retiring in 2015. 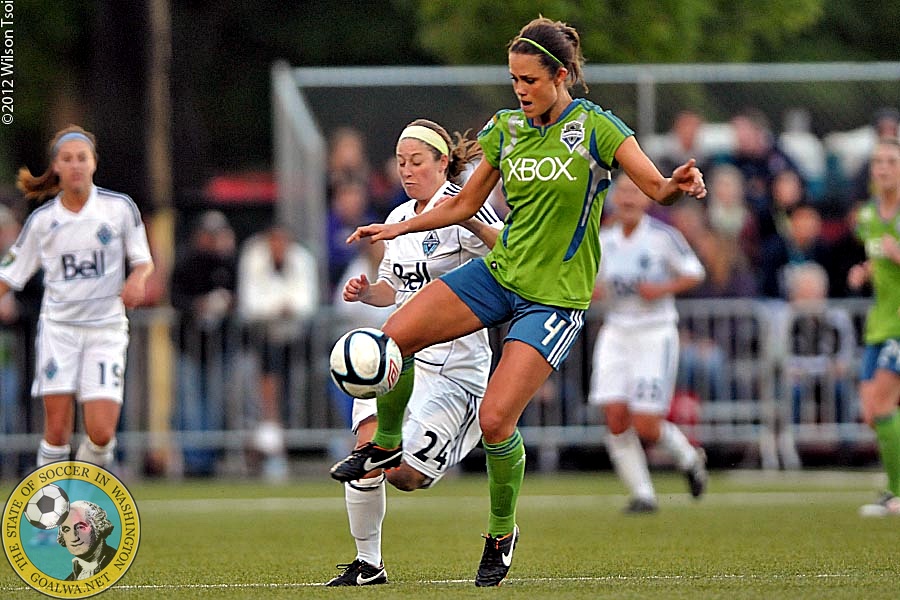 During that time she continued to play abroad in the offseasons, playing for FFC Turbine Potsdam located just outside Berlin, Germany. They became the top team in the Frauen-Bundesliga, the country’s women’s soccer league.

“Finance was never even on my radar,” Deines said. She said she felt she had already achieved everything she wanted to achieve in soccer, and she was drawn to finance because it focuses on long-term goals. She said soccer, on the other hand, focused on what needed to happen each day.

“I’m a competitive person, and I was ready for something else,” she said. “As I near graduation and get ready to work for a firm, the idea that I am hopefully working my way up to the top motivates me. I enjoy thinking about what climbing that next rung looks like and how there’s no ceiling to what you can accomplish.

“The fact that finance has no limits – that in and of itself is definitely a big motive.”

An old family friend and PLU alumna, Darcy Johnson, referred her to the MSF program.

Deines said she likes the opportunity to help others reach their financial goals. As far as the Women of Influence Award, she said she was pleasantly surprised with the honor. In some ways, she said, the award is a sort of validation, or a sign of heading in the right direction.

MSF program director Cynthia Smith said she was not at all surprised that Deines got the award.

“Kate is highly intelligent, very motivated, well connected, diverse in background for someone in her mid-20s, and she is good with people and maintaining relationships,” Smith said. “She has really taken steps to get involved and she’s been offered many jobs.”

Smith says the MSF program is fairly intense, but Deines managed it exceptionally well. “She has such a busy schedule and is just amazing at prioritizing and managing her time,” Smith said.

Deines is part of the fourth cohort to graduate since the formation of the relatively new program. PLU is the only school in Washington state to be certified for the CFA (Certified Financial Analyst) exam, Smith said.

Deines advises other students to follow their hearts. “Trust your intuition – my mom says normally it’s never wrong,” she said, “and so far it’s led me to good places.”

She added that she would be lost without support from mentors, friends and family.

“Having played soccer as part of a team with amazing coaches and teammates both in the US and abroad, I know a lot success comes from being surrounded by really quality people,” she said, “and PLU is no exception of that.”