TACOMA, WASH. (Oct. 17, 2016)- MediaLab at Pacific Lutheran University, the multimedia, applied research organization that celebrates 10 years of success this fall, counts more than 200 students as participants throughout the decade. Those participants are invited to mark the organization’s milestone anniversary Nov. 5 at the Tacoma Art Museum.

The fundraising event, hosted by the Center for Media Studies, will support continued MediaLab research, scholarship and program improvements.

Housed within the School of Arts and Communication’s Center for Media Studies, MediaLab is a group of students who work in pre-professional settings, contracting with external clients in Tacoma, Seattle and beyond.

Associate Professor of Communication Robert Marshall Wells, faculty advisor of MediaLab, has directed the program since its inception. But Wells, who left a successful career in journalism to teach at PLU, said the idea of MediaLab actually came from fellow Communication Professor Joanne Lisosky. 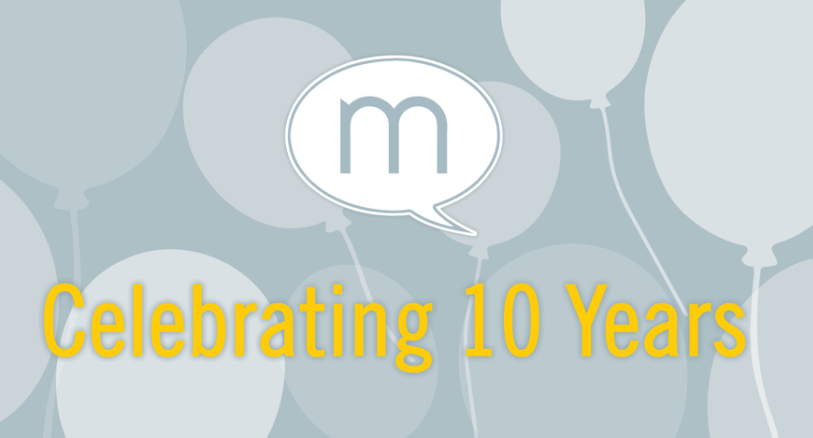 Visit to learn more and purchase tickets for the fundraising event

“I was sitting in a faculty meeting, minding my own business, just trying to figure what in the world this teaching thing is all about, and Dr. Lisosky was sitting next to me, and said ‘I have an idea. We should create some sort of agency and students would do all the work, the writing and photography for clients in the community,’” Wells recounted. “And then she turned to me and said, ‘and you should run it.’”

That was 10 years ago. Now, the student group has produced five Emmy-nominated documentaries (with one Emmy win), along with 32 other national and international video and documentary awards, including three first-place grand prizes from the National Broadcasting Society and major film festival screenings in New York City, Los Angeles, Vancouver and elsewhere.

“It just grew, it mushroomed, and became this 700-pound gorilla that it is today,” Wells said.

One of MediaLab’s first community-oriented projects involved writing stories, taking photographs and editing copy for a weekly newspaper that aimed to serve Jewish residents of the Puget Sound region.

“I was tasked with writing a first-hand experience of an outsider’s view of a service at Temple Beth El, in Tacoma,” said Melissa McGuire ’06, an early member of MediaLab. “This project forced me out of my comfort zone and took my writing to a new level. It was one of the hardest, yet most rewarding, assignments I ever worked on.”

Also during that inaugural year, MediaLab students filmed and edited MediaLab’s first documentary, titled “Building Connections: Reclaiming Lost Narratives of the Alaska-Canada Highway,” which premiered at the Washington State History Museum in Tacoma and ultimately was broadcast regionally by KBTC, Tacoma’s local PBS affiliate, as well as other public broadcasting member stations across the nation.

“It was an afterthought,” Wells explained. “As we were literally walking out the door, I said, ‘well, maybe we should bring a camera. Just for the heck of it. Just to see what happens.’”

The “Building Connections” premiere drew a crowd of more than 300 and became the first of several MediaLab productions to be televised.

Creating and expanding the program wasn’t always easy, though. During the first year, there were struggles to raise money and start a client base. And, as is the case with any student group, MediaLab has had to contend with constant staff changes.

"I’ve made so many important relationships with my peers, clients and past MediaLab members who will support me in the years to come. I’m inspired by the support and success of past members who have come through MediaLab in the past 10 years."- Rachel Lovrovich ’17, MediaLab general manager

“I’ve often referred to MediaLab as this race car traveling down the track at 70 to 80 miles per hour,” Wells said, “and because we’re at a university, there is obviously a cycle. People are going off to study abroad for six months or a year, and people are graduating, and people are transferring in and transferring out. So you’re trying to keep the car on the road, while servicing clients, and people are coming and going all at the same time. It’s nuts. But it’s also exciting.”

That excitement and energy is something that many current students and MediaLab alumni count as pivotal elements of their PLU experiences.

“I would list MediaLab as one of the top things that impacted my time (at PLU),” said Jessica Pagel ’08, now director of Alumni and Constituent Relations at PLU. “A lot of the stories from MediaLab are still the stories I tell for my job today about what sets PLU apart and why it’s so special.”

Rachel Lovrovich ’17, MediaLab’s general manager this year, says her involvement in the program has been extremely valuable.

“I’ve made so many important relationships with my peers, clients and past MediaLab members who will support me in the years to come,” Lovrovich said. “I’m inspired by the support and success of past members who have come through MediaLab in the past 10 years.”

Documentary filmmaking has become an annual, signature project for MediaLab. Currently, students are hard at work on “Changing Currents: Protecting North America’s Rivers,” which premieres at Tacoma’s Theatre on the Square at 4 p.m. on Nov. 12. The MediaLab documentary team has spent much of 2016 traveling across North America, talking to leading experts about issues such as watershed and river health, as well as the impacts of pollution and population growth on drinking water.

Amid the organization’s 10th anniversary, both Wells and members of MediaLab are looking forward to the future, with new ideas and projects. “The sky’s the limit,” Wells said. “We want to go as far as our talents can take us.”

Celebrate with PLU! The 10th Anniversary of MediaLab event will be held Nov. 5, 2016, at the Tacoma Art Museum. Please visit www.plu.edu/ml10 for more information.