Image: Colleen Hacker, Ph.D., stands in front of her wall of fame in her office at Pacific Lutheran University. (Photo by John Froschauer/PLU)

Next to Albright is a photo of Hacker with Chelsea Clinton, then another of her with Venus and Serena Williams. Then there’s one with Mia Hamm. And one with Billie Jean King. On her bookshelf is a picture with Hillary Clinton.

“I live in a different world when I’m away from PLU,” said Hacker, Ph.D.

Hacker is an elite mental skills trainer. She works with the best athletes in the world, sharpening their mental prowess and psychological approach in competition. When she is not on campus as a full-time faculty member, she is in a world of glitz, glam and incredible athleticism. She has been a longtime coach with the U.S. Women’s Soccer Team and the U.S. Women’s Hockey Team.

And it is the U.S. Women’s hockey team that has left Hacker speechless.

“There aren’t enough superlatives to capture the seismic, landscape-altering reality that these banded players, standing strong together, brought about for sport worldwide,” Hacker said.

And Hacker is no stranger to historic moments. The crowded photos on her office wall show you that — but this was different. 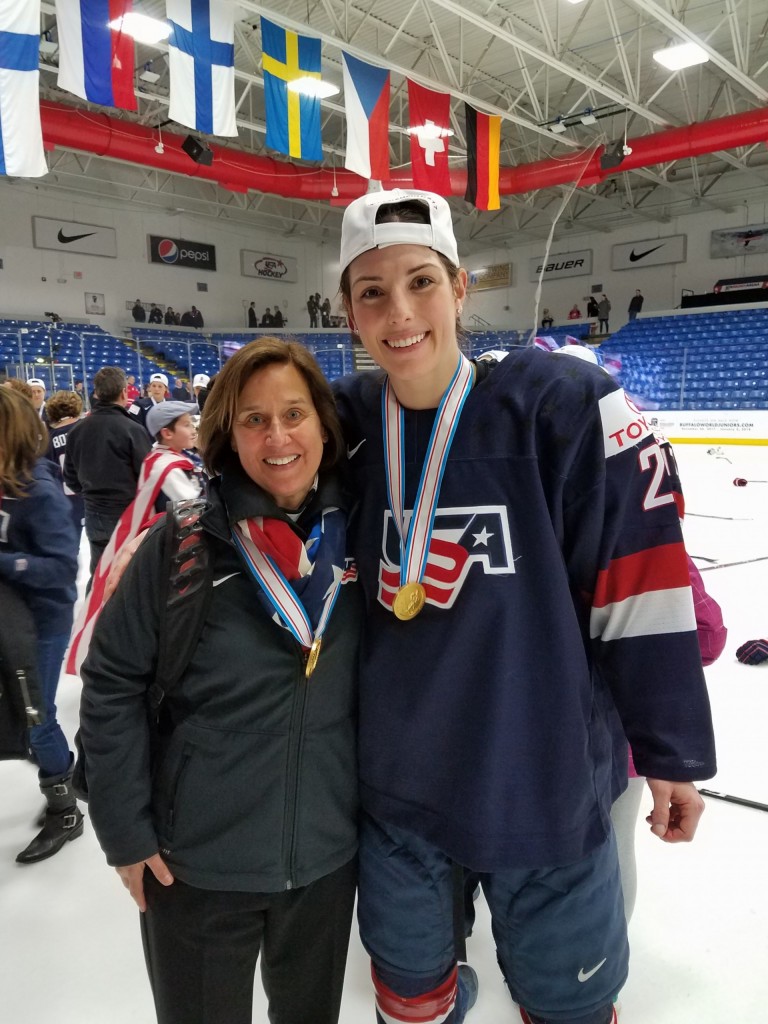 Colleen Hacker, Ph.D., is pictured with Hilary Knight, the U.S. women's hockey player who scored the game-winning goal to defeat Canada for the world championship. (Photo courtesy of Hacker)

The women’s hockey team decided to boycott the 2017 world championship after negotiations stalled with USA Hockey over equitable pay and treatment by the organization, including more funding during non-Olympic years, an advisory board to grow female participation and developmental programs to advance the sport.

“I’ve never seen anything like it,” Hacker said. “They all stuck together. Everyone. Across the country and divisions — high schoolers, college athletes, even the U.S. men’s hockey team.”

Hacker has been with the women’s team for seven years. She works with the coaching staff to formulate psychological exercises to improve individual and team performance.

“For example, if a goal scorer hasn’t scored the past two games, they might struggle with confidence,” Hacker said. “Or you have a chronic injury we need to deal with.”

As a mental skills coach for the best athletes in the country, Hacker’s work can help make the game-changing difference.

That was the case on April 7, when the U.S. defeated Canada in overtime, with only one day on the ice before the tournament started.

“They had a confidence and a belief and tenacity and sense of mission of purpose,” Hacker said. “And I think that overcame all the traditional impediments that would keep a team able to perform on the world stage in a sold-out rink 24 hours later.”

So why does Hacker stay at PLU, especially when she has a full-time job training history-making Olympic athletes?  “I must get asked that about 400 times a year,” she said, laughing. “And the honest answer is that I love teaching.”

Hacker first came to PLU as a professor and women’s soccer coach. During her 17-year tenure as coach, the Lutes went to the national championship five times. That put her on the map for elite mental skills coaching, and she has spent the second part of her career with two full-time jobs.

“How often do students really get to work with someone who is actually doing this? I get to bring these lived experiences that are evidence and scholarly based,” Hacker said.

Karen McConnell, Ph.D., is dean of the School of Kinesiology and a vocal advocate for Hacker. McConnell said her colleague is known for being a well-versed scholar in the field.

“Reading all the research and bringing that to bear in practice,” she said. “That’s very rare and she’s probably the best in the country at it.”

And Hacker works with the best in the country. The cinematic season for the U.S. Women’s Hockey Team will most likely join the ranks of photos, awards and memories that decorate Hacker’s office walls. But the students and faculty members at PLU keep her around campus.

“PLU is grounding for me,” she said. “It’s like coming home.” 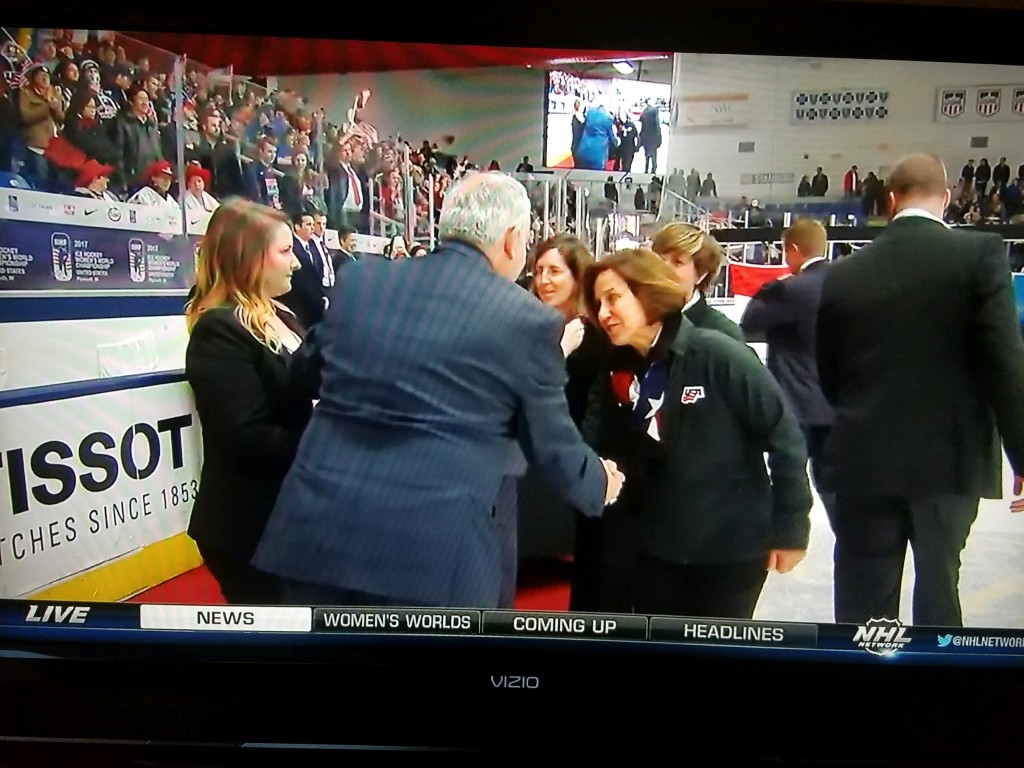 Colleen Hacker, Ph.D., is pictured in a television broadcast of the world championship game. (Photo courtesy of Hacker)