TACOMA, WASH. (Sept. 25, 2019) — The academic rigors of higher education provide a rich, well-rounded foundation for students preparing for a professional career. Sometimes, however, it’s the reassuring helping hand of an experienced mentor that best smooths the ensuing transition from classroom to the workforce.

Backed by a partnership with Alumni & Student Connections and the Department of Economics, students majoring in economics can partner with a PLU econ graduate to gain insight into the vast array of possibilities. Those mentors will give advice, assist with networking and bridge the connection from PLU to real career opportunities using their skills.

Chloe Wilhelm ‘20, a double major in economics and political science, has been working with mentor Tim Graciano ‘09, a Senior Manager at Amazon up in Seattle, for the past year.

“I was a little intimidated at first, just since he has such an amazing position and does amazing work,” Wilhelm said. “But as soon as we started talking, I was really able to connect with him — especially since we both majored in economics.”

“Some of the things I challenged Chloe with were to continue to think really critically about the different paths that she wanted to pursue,” Graciano said. “The great thing about economics is it opens up a lot of doors. I challenged her to think about how to keep as many of those doors open as long as possible, how to think about what’s the right balance between her interests and passions, and what sort of meaningful work for her would look like.”

That mentorship has already returned dividends for Wilhelm, who worked for the Washington, D.C., bureau of the New York Times this summer.

“I got resume tips, cover letter tips … all this great advice,” she said. “He helped me do a mock interview before I did my phone interview with the New York Times, and I felt way more prepared — and I got the job, so I think it worked out well!” 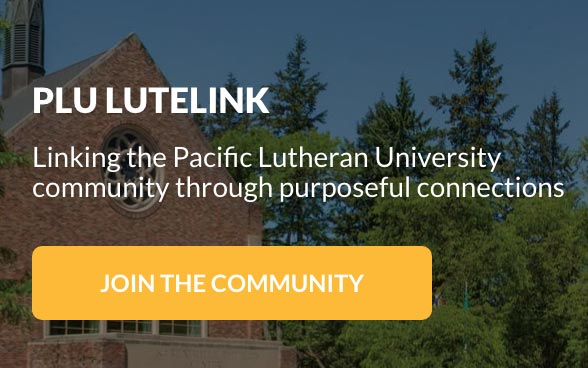 Connect with your extended Lute family

LuteLink is the university’s official online community where all Lutes can connect with PLU alumni to gain their support and perspective as you navigate your own career.

All students, alumni and community members are welcome to attend this event! For more information about this event, please visit the Event Registration page.