​By the Numbers: PLU Professor Collaborates on a New Artwork Illuminating the Beauty of Math

​By the Numbers: PLU Professor Collaborates on a New Artwork Illuminating the Beauty of Math 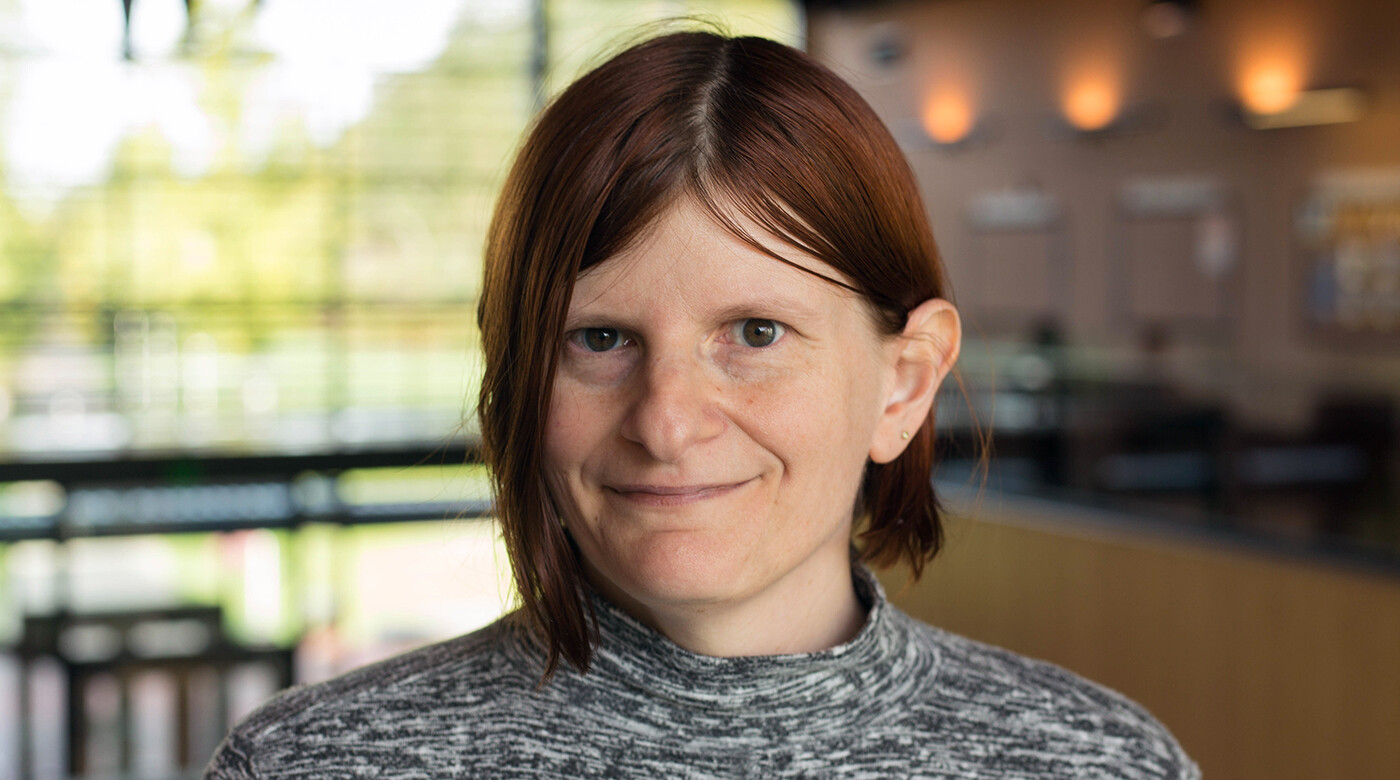 PLU mathematics professor Jessica Sklar is one of 23 collaborators creating a notable work of art, soon touring the nation. Called Mathemalchemy, the installation celebrates the beauty and creativity of mathematics. The finished piece will be about 16 x 8 feet in area and 9 1/2 feet high, and surrounded by blackboards that viewers can write upon.

The overall work is a collection of multimedia vignettes illustrating mathematical concepts. Visitors to the piece will see a “knotical” (nautical) scene—featuring a bay, a boat, and a sea monster—exploring concepts in knot theory. A large handmade quilt composed of blocks depicts various forms of cryptography, while a soaring lighthouse is topped with a stained-glass dodecahedron.

After being unveiled in December 2021, the traveling installation will appear in venues such as art museums, universities, science museums, and mathematical and scientific institutes. After completing its sojourn, Mathemalchemy will be on permanent display at Duke University.

The project is a testament to creativity, problem-solving, and dedication. Many of us don’t realize that art or math works aren’t typically creations of instant genius. Instead, drawing the perfect nose or proving a new mathematical result may take hours, days, or years of learning, effort, and repeated attempts.

Sklar was inspired to work on the project by her interest in humanistic mathematics: “The notion that mathematics is, at heart, a human endeavor.” She also got involved as part of a lifelong mission to popularize math for those who don’t think of themselves as “math people.”

“I want to bring more people into mathematics, generate interest, and make the interest last,” she says. 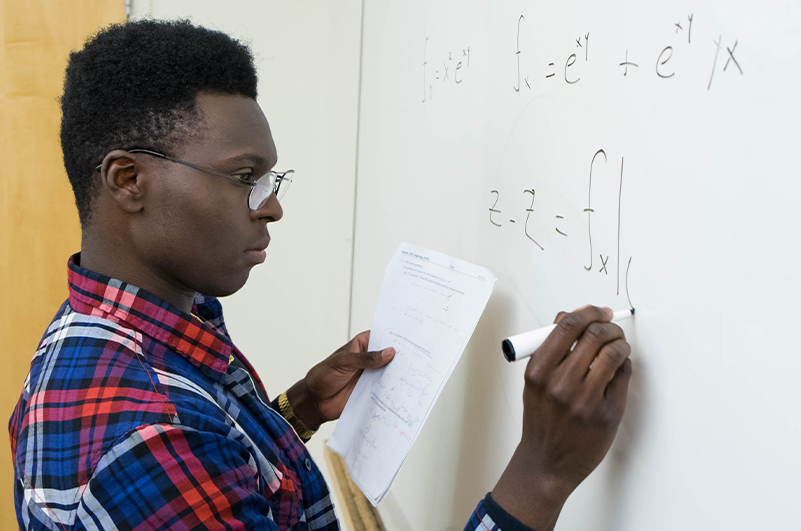 Whether your goal is to learn mathematics for an application – modeling problems in science, engineering, economics or finance; in preparation for a career in elementary or secondary education; or for further study in a graduate program, PLU will challenge, inspire and inform you about mathematics’ beauty and power, as well as its theory and applications.

Art in the Making

In January 2020, Sklar attended the Joint Mathematics Meetings, an annual gathering of the major national mathematical professional organizations. While there, she sat in on a session on mathematics and art. In the session, Ingrid Daubechies, a Duke University mathematician, and Dominique Ehrmann, a fiber artist, proposed the math-art installation and called for collaborators. Sklar rushed to sign up.

Sklar and 13 other mathematician-artists initially signed on to the project; the number of collaborators eventually grew to 23. Initially, the plan was to gather and complete the installation over the summer of 2020, but Covid-19 interrupted those plans. Now, the participants are using Zoom to plan, Google Drive to share documents, and postal services to ship materials back and forth.

“It has been a challenge,” she says—particularly where large components are concerned. “It’s one thing to send a cone of thread, but it’s another to move a wooden bakery or a steel lighthouse.” Such efforts might require a U-Haul, not USPS.

But there are advantages, too. “We’re all proficient in Zoom now,” she says. “Working this way allows us to show each other our art, and collectively select colors and designs, over vast distances.”

Mathemalchemy is Sklar’s newest exploration of the connections between art and math. In 2007, Sklar exhibited photographs depicting visual metaphors of abstract algebraic concepts, and in 2017, The Journal of Humanistic Mathematics published her “love poem for mathematics.”

In addition to her work with Mathemalchemy, Sklar has been collaborating with mathematical artist Bronna Butler. Their creation, called Additive Mixing, was exhibited in the mathematical art exhibition at the 2021 Joint Mathematics Meetings and featured in the Feb 2021 issue of Math Horizons. Eagle-eyed art goers will also be able to spot Additive Mixing in the Mathemalchemy installation, flying high as one of many fabric pages in the sky.

Sklar worked with mathematical artist Bronna Butler on this project, called Additive Mixing, that was exhibited in the mathematical art exhibition at the 2021 Joint Mathematics Meetings and featured in the Feb 2021 issue of Math Horizons.

Math means memorization and facts for many, but it wasn’t Sklar’s experience growing up. Instead, she was taught “new math” in the 1970s, which included enjoyable hands-on experiences exploring math’s creative and problem-solving aspects. “We used to play with ‘string pictures,’” she says, “It wasn’t until I went to college that I realized I’d been learning about Venn diagrams.”

To make math more accessible for students and the general public, she explores the relationships between math and art, and math and pop culture. She even co-edited a book about the latter with her mother, Elizabeth Sklar: “Mathematics in Popular Culture: Essays on Appearances in Film, Fiction, Games, Television and Other Media.“

Last year, she taught a PLU general education math course on math in popular culture. Students were introduced to cryptography by the film “The Imitation Game.” The movie “A Beautiful Mind” lent itself to discussions about game theory, and “Moneyball” to conversations about probability.

Recreational math is another focus on Sklar’s scholarship—the mathematics of puzzles and games. She’s written papers on using math to solve puzzles in adventure computer games, and on Mad Veterinarian problems. With PLU colleague Tom Edgar, Sklar wrote about the math behind “Confused Electrician Problems,” which generalizes the 1995 electronic game “Lights Out.”

This January, she’s teaching a general education math course focused solely on cryptography. For one project, students in the class may choose to write music containing a cipher or a short play about what they’ve learned—a true intertwining of math and the arts.

“A lot of people just haven’t seen math that appeals to them,” she says. But Sklar’s lifetime of work—and a bit of Mathemalchemy—may just change that.