“It motivates me, feeling like I can make the world a better place."

What can you do with a math degree?

Why Study Mathematics at PLU?

The PLU Department of Mathematics offers a broad choice of educational and career goals.

Many people think of mathematics as being an old subject whose rules were established by the Greeks, the Hindus, and by the mathematical heroes of the European Enlightenment – Newton, Leibniz and Gauss, who gave us modern calculus. In reality, most mathematics has been created in the last century, and more mathematical research is done now than ever before! This new mathematics is essential to how computers operate, how music is digitized, how sophisticated investors make money in the world of finance, how physicists model the nature of matter, and how web search engines such as Google find the right webpage, as well as in a host of other undertakings.

At PLU, we will teach you the classical mathematical tools that you need to begin to understand more recent developments and modern applications.

Whether your goal is to learn mathematics for an application – modeling problems in science, engineering, economics or finance; in preparation for a career in elementary or secondary education; or for further study in a graduate program, we will challenge, inspire and inform you about mathematics’ beauty and power, as well as its theory and applications. In addition to offering bachelors of arts and bachelors of science majors in traditional mathematics, PLU offers a well-respected major in mathematics education intended for students planning to teach mathematics at the secondary school level.

For students who are interested in mathematics in support of another major, PLU offers minors in mathematics, statistics and actuarial science (for those planning a career in the insurance industry). Whether or not you become a career mathematician, the quantitative problem-solving and critical thinking skills developed in pursuit of a major from the PLU mathematics program will enable you to tackle quantitative and analytical tasks wherever your career path leads. 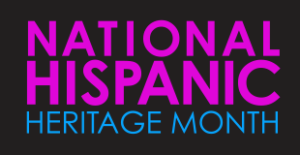 Lathisms and the American Statistical Association are celebrating by highlighting Latinx and Hispanic mathematicians. A new individual is featured every day.

This page is currently a work in progress, stay tuned for more info about our alumni.