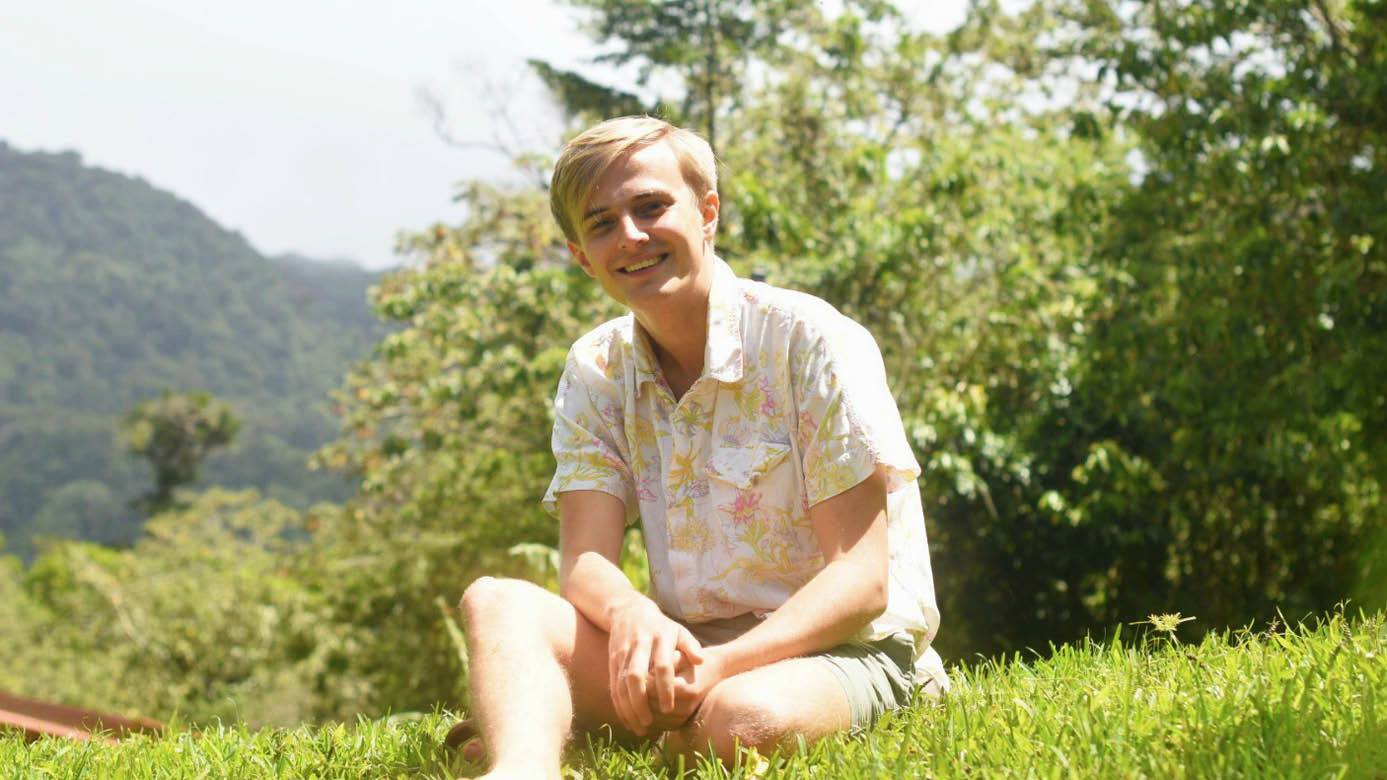 John Evanishyn ‘21 grew up in Tacoma, exploring Point Defiance Park, Ruston Way waterfront and other urban green spaces. By high school, he had learned enough from his dad to become a skilled forager, someone who knew his capstones from his shaggy ink caps. (Those are mushrooms, for the uninitiated.)

“I think a big thing for me was when my mom brought home this baby ‘possum whose mother and siblings had been killed by a car,” he said, recalling a third-grade memory. “She was this one possum that was left. So we raised her before sending her off to a wildlife refuge.”

It’s little wonder that Evanishyn chose to study environmental studies at Pacific Lutheran University with all those experiences informing his worldview. He will graduate this month after spending the last few years examining issues related to global climate change, sustainability and environmental justice. He cited Environmental 350 — for which he studied Pierce County’s Clover Creek and its surrounding watershed — as one of his favorite classes.

“It was all focused around different areas of the creek and studying its health along its route,” he said.

“Learning about those kinds of things, where science intersects with social factors, was really key there. That’s probably been the main thing across the board for all my environmental classes at PLU: There are intersections between environmental issues and the people living in the surrounding area.”

Evanishyn chose English as his other major. He hoped to sharpen his storytelling skills, having long dreamed of writing and producing for television. In 2019, he found an outlet for his creativity, writing a column for The Mast that was based on his experiences studying abroad.

Evanishyn’s overseas experiences included a year in Aix-en-Provence, France, a Tacoma-sized city located about 20 miles from Marseilles. There he studied subjects ranging from European literature to the ecology of the Mediterranean Sea, all the while soaking up the majestic ambiance of France’s wine country.

“It’s a really beautiful area,” he said. “There’s a very dry, beautiful mountain (Mont Sainte-Victoire, famously painted by Paul Cézanne.) The downtown area is (ideal for) walking. There’s beautiful markets to be found pretty much every day of the week. The buildings were this yellow color — like a yellow stucco sort of thing — but everything was just very old. It was a lot of fun.” 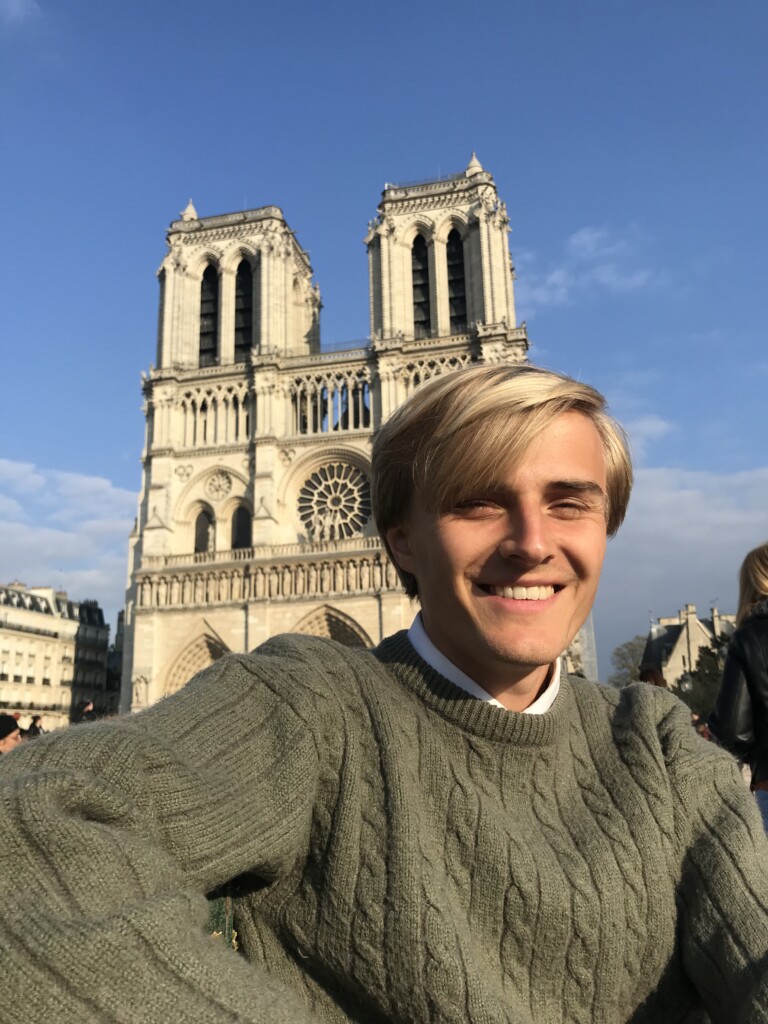 John Evanishyn in front of Notre-Dame in Paris.

Evanishyn’s second study abroad experience took him to the misty cloud forests surrounding Monteverde, Costa Rica. The trip may have been cut short by the COVID-19 pandemic in March 2020, but it still provided many eye-opening insights into his main area of study.

He took inspiration from how Costa Rica had been able to greatly reverse widespread deforestation. In the 1940s, about 75 percent of the country was covered in jungle foliage, but as much as half of that had been cleared for logging, farming and other uses by 1987, according to Earth.org. However, Costa Ricans were able to undo much of the damage to their biodiversity by protecting wilderness areas and wholeheartedly embracing solar power, geothermal energy, wind turbines and other renewable power sources.

“The fact that almost all their energy — I think 98 percent of it, at this point — is running on those things was just crazy to see,” Evanishyn said.

“That just really impressed me with the resilience factor and the possibility of a green future. So many times in studying environmental stuff, it’s easy to feel hopeless and see how slow change comes — especially in countries like the U.S. So being in Costa Rica showed me that things can be done, and we’ll be the people who do ’em.” 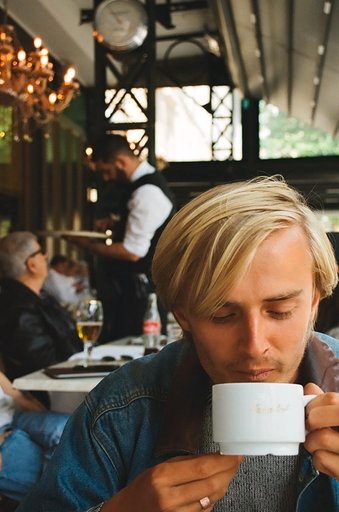 Evanishyn enjoys a sip of coffee at “Les Deux Garçons,” a famous restaurant in Aix-en-Provence, France.