PLU grads explain the housing crisis from foundation to future 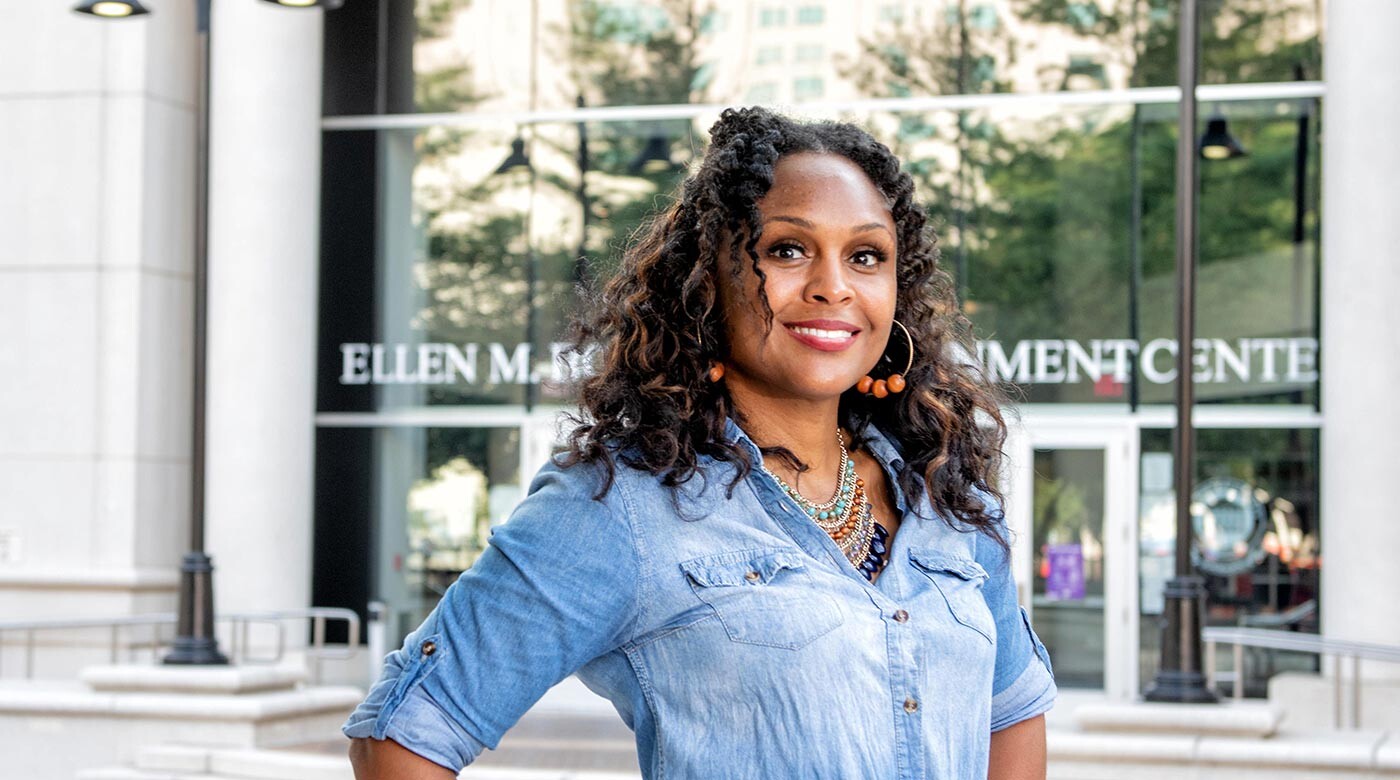 Housing is something many of us take for granted. Much more than just a place to sleep and a structure to shelter us from the elements, our homes provide the space we need to maintain a functional life. It’s where we manage our mental health, prepare for the coming school or work day, bond with those who mean the most to us, and safely store our most treasured personal effects. Yet across the country, millions struggle to consistently access this fundamental element to stability and success.

In the Puget Sound region, for example, home prices jumped by 53% between 2012 and 2017, spurred by the region’s economic success. Meanwhile, rents climbed by 47% during the same period. The vast majority of low-income households in King County spend more than 30% of their monthly income on housing — many spend up to 50%. Affordable rental options for low-
and moderate-income families have rapidly decreased, according to King County’s Regional Affordable Housing Task Force.

Once widely accessible to those who qualify, affordable housing is difficult to access, even for those who need it the most. There are no easy fixes to the affordable housing crisis. Meaningful progress requires synergy between government leaders, housing developers, nonprofits and direct service providers.

We talked to PLU alumni in each of these roles to try to better understand this critical social emergency.

LUTES GET TO WORK

After graduating from PLU, Susan Boyd ’90 moved to Seattle to work at Compass Housing Alliance (formerly Lutheran Compass Center). Back then, her clients receiving a Supplemental Security Income (SSI) check would routinely find a basic apartment for around $330 per month.

During college, Boyd grew “immensely curious about how people became homeless and disappointed by our culture’s willingness to tolerate it.” While majoring in philosophy she solidified her ethic of service and began getting involved.

Boyd’s career started in direct services, continued in policy and law, and she now serves as the chief executive officer at Bellwether Housing, Seattle’s largest nonprofit developer and operator of affordable housing.

“I am under no illusion that my work will solve the affordable housing crisis or homelessness,” Boyd admits. “Every day, I face questions of the ethics, strategy, politics and technical complexity of how to do the most social good with the resources available.”

“I am under no illusion that my work will solve the affordable housing crisis or homelessness. Every day, I face questions of the ethics, strategy, politics and technical complexity of how to do the most social good with the resources available.”

ROOTED IN THE RECESSION

The current affordable housing emergency didn’t spring up overnight. It stems from the last time Americans lost their homes en masse — the subprime mortgage crisis that occurred between 2007 and 2010.

When the Great Recession struck, Nicole Harmon ’03 was working at a Washington, D.C.-based nonprofit called NeighborWorks America where she assisted and advocated for families who had fallen victim to predatory lending schemes. Harmon now oversees shelters, affordable housing programs and funding as the housing assistance bureau chief for Arlington County in Virginia.

Affordable housing work is “a passion that found me,” Harmon says. “It showed me tangible ways I could help make a real difference in people’s lives. Safe, decent and stable housing is the American Dream.”

“Becoming a housing advocate, working for our most vulnerable, puts you on the front lines to fight for policy and systems change that offer meaningful solutions.”

“PLU instilled the idea that I could serve the community,” says Lloyd, who double majored in history and global studies at PLU before earning a master of public policy degree from Harvard University. “After grad school, I realized the place for my service was the housing field, which combined service and a physical outcome that people can see and experience.”

Today, Lloyd puzzles over how a regional labor shortage has constrained building and pumped up housing prices, two key factors contributing to a shortage of affordable housing throughout the state.

Even when affordable projects are funded, “We produce fewer units when they cost more,” Lloyd says.

“When the public starts to see and feel the impacts of the housing crisis, that’s when they become engaged in solutions — and that’s what we’re seeing now.”

Individuals seeking affordable housing encompass a spectrum of housing and social needs. Some need the consistency of multi-year secure housing so they can maintain employment or so their children can attend the same school for consecutive years. Others are in need of wraparound services to stabilize their mental health.

“It’s not so easy to just ‘get a job, stop living in a tent or car, and clean yourself up,’ ” says Stacia Vierra ’12, a social worker for MultiCare Tacoma Family Medicine who previously served as the director of a shelter for survivors of domestic violence.

Vierra first experienced a calling for social work and advocacy while working at PLU’s Center for Gender Equity. Psychology classes taught her to stand up against injustice and oppression, center inclusivity, and amplify the voices of historically marginalized community members.

Since earning a master of social work degree in 2015, she’s worked as an advocate and counselor for individuals who have suffered from elder abuse, domestic violence and sexual abuse.

Affordable housing is important to Vierra for personal and professional reasons, she says. A family member experienced homelessness, and feelings of stigma and shame discouraged them from seeking help. “As I supported them with their search for housing, I learned first-hand how difficult and confusing it can be,” she remembers.

As a medical social worker, Vierra has seen firsthand how the lack of affordable housing impacts underserved communities. “Affordable housing should not be a luxury that some members of our society are able to obtain while others cannot and are forced to live in unsafe conditions or spaces that are uninhabitable,” she says. “Everyone deserves to have a safe place to live that they can afford without constant fear of eviction and homelessness.”

“While we have some permanent supportive housing, we don’t have enough of it or the resources to both build and provide services,” Lloyd says.

“Affordable housing should not be a luxury that some members of our society are able to obtain while others cannot and are forced to live in unsafe conditions or spaces that are uninhabitable. Everyone deserves to have a safe place to live that they can afford without constant fear of eviction and homelessness.”

According to research by the National Low Income Housing Coalition, the U.S. has a shortage of 6.8 million rental homes affordable and available to extremely low-income renters. Put
a bit differently, only 37 affordable and available rental homes exist for every 100 extremely low-income renter households. It’s an unsustainable ratio that leaves eligible people unhoused and on long waitlists.

In Tacoma, affordable housing units often have a three-year waitlist or longer. Seniors might face a five-year waitlist. In Virginia, Harmon says the public Housing Choice Voucher waitlist in Arlington County has been closed for nearly 10 years. People often have to look for available rental subsidies or live with family or extended family while waiting for an opening.

Harmon is using American Rescue Plan Act funds to help renters catch up on late rent. But even before COVID, she didn’t have nearly enough to meet demand. “While I’m in a resource-rich county, we only have a limited number of housing vouchers and affordable housing supply,” she says.

Back in King County, Bellwether Housing is working to meet the community’s need for housing for low-income households. Led by Boyd, the organization currently serves over 3,500 Seattle area residents in 2,100 homes and has over 1,000 additional homes in development. By locating its housing communities near transit, workplaces, schools and other amenities, Bellwether puts greater opportunity within reach of its residents.

“(Affordable housing work) showed me tangible ways I could help make a real difference in people’s lives. Safe, decent and stable housing is the American Dream. Becoming a housing advocate, working for our most vulnerable, puts you on the front lines to fight for policy and systems change that offer meaningful solutions.”

Federal dollars are often critical to moving major housing projects forward, but securing these funds can be daunting, even for the professionals. Developers, property managers, and owners must sort through complicated income and rent limit formulas to qualify for affordable housing tax credits, tax-exempt bonds and other public funding. These formulas come from the Department of Housing and Urban Development (HUD), in addition to city, county, state, or federal affordable housing programs.

Programs designed to fund and build affordable housing are complicated, demanding, and technical, Lloyd says. “If local and federal regulations were simpler, we could produce more units with resources we have, and better serve those folks living in tents or on someone’s couch or in unstable overpriced housing situations,” he adds.

Boyd is hopeful Congress will increase federal investment in affordable housing. “Federal investments in housing have been rapidly declining since the 1980s, but I’m hopeful we can climb back out of that hole,” she says.

Awareness of the problem has increased, Lloyd notes. Housing wasn’t a front-page issue when he first began working in affordable housing, but has recently been an area of focus for the media as well as a new generation of elected officials.

“When the public starts to see and feel the impacts of the housing crisis, that’s when they become engaged in solutions — and that’s what we’re seeing now,” Lloyd says.

Harmon recommends that concerned Lutes dive into the housing crisis at the community level. “Ask questions, and demand to know what’s going on with affordable housing,” she encourages. “Attend housing commission meetings, and encourage progress on your community’s affordable housing plans.”

The work of advocating for, designing, and providing affordable housing can be arduous. For Harmon, the reason to keep going is simple. “Until the day comes where every American has access to the most basic form of housing, there is always work to be done.”