The Gottfried and Mary Fuchs Organ

The Gottfried and Mary Fuchs Organ 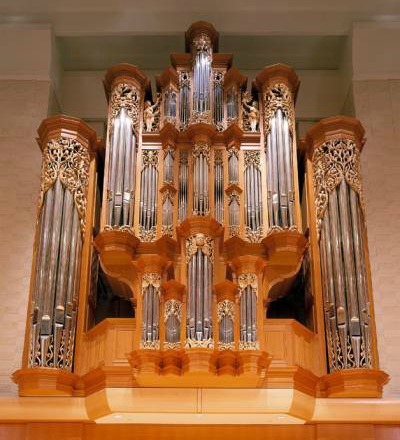 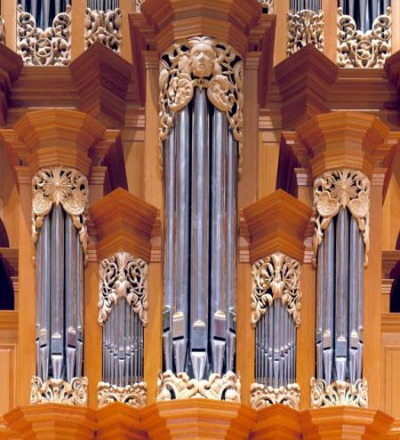 Disposition of the Gottfried and Mary Fuchs Organ

Through the vision of organist emeritus David Dahl, and the financial help of many, and in particular the Fuchs foundation, a magnificent organ with three manuals and pedal was installed in Lagerquist concert hall of the Mary Baker Russell Music Center. Built by Paul Fritts and Co, it was finished in 1998.

The case is Douglas Fir, a wood that grows here in the Pacific Northwest. It came from salvage logs, trees that were left on the forest floor many years ago due to the extra work getting the good wood from them. They were sawed just a few blocks from the Fritts shop in Tacoma.

The pipe shades were carved by Jude Fritts. They are made of Basswood that grew in the Appalachian Mountains. This wood is also used for the keys and some action parts as it is very stable and strong for its weight. Due to its firm grain structure it responds well to the carving tools.