Sven Beckert is a Professor of History at Harvard University. Photo by Charlie Mahoney.

Beckert’s bestselling book Empire of Cotton: A Global History (2015), is the first global history of the nineteenth century’s most important commodity. Empire of Cotton won the Bancroft Prize, the Philip Taft Award, the Cundill Recognition for Excellence, and it was a finalist for the Pulitzer Prize.

The New York Times named Empire of Cotton one of the ten most important books of 2015. Professor Beckert’s other publications have focused on the nineteenth-century bourgeoisie, on labor, on democracy, on global history and on the connections between slavery and capitalism. He is currently at work on a global history of capitalism.

This event is free and open to the public.

About the Lecture Series 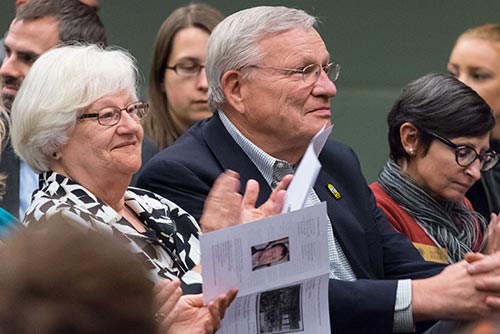 Supported by a generous endowment from the Benson Family, the Dale E. Benson Lecture in Business and Economic History is designed to bring leading experts in the fields of history, business, and economics to campus to address the PLU community.

Along with the business and economic history curriculum, the lecture is designed to encourage the study of business organizations, entrepreneurs, workers, products, and consumers, as well as the economic forces that have shaped contemporary culture and society. The program encourages historical reflection, creative problem solving, and ethical leadership across campus.