TACOMA, Wash. (Nov. 7, 2014)—In 2005, two new professors in the Pacific Lutheran University English Department came up with an idea for the Visiting Writer Series (VWS). This year, the series celebrates its 10-year anniversary—with a dedicated budget from the Provost’s office and a group of new writers coming to campus.

VWS was conceived and is co-directed by English professors Jason Skipper and Rick Barot. When both began teaching at PLU, they started the series as a way for authors to share experiences with their readers in person.

“Literature can change you, and often it does,” said Skipper. “My hope was to create a Visiting Writer Series where at each event this was a possibility for everyone in the room.”

Since the series began, famous writers such as Mary Oliver, Brian Teare and Peter Geye have come to campus. Skipper and Barot sit down each spring to choose visiting writers. Barot said they try to get writers from different genres—those who write fiction, nonfiction and poetry.

And this year, the Office of the Provost gave the VWS a dedicated budget to continue the series for the foreseeable future.“The series is now on solid financial footing,” said Barot. “Jason and I are very excited to be celebrating the anniversary of the series.” 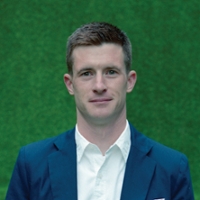 The celebration continues on Nov. 20, when writer Ryan Van Meter comes to PLU. Van Meter is the author of an essay collection called If You Knew Then What I Know Now. His work has appeared in The Gettysburg Review, Iowa Review and The Normal School Magazine.

“Ryan’s nonfiction collection is a gripping and beautifully rendered book that explores gender and identity through narratives that speak to bullying, family, friendships and coming out,” said Skipper. “Like all of the authors we invite, his writing pursues big questions in stylistically unique and insightful ways, and I believe students will connect to these stories.”

On the day of each author’s visit, “The Writer’s Story” takes place at Harstad Lounge or The Garfield Book Company at PLU. These events are intended for members of the audience to speak with the authors about their writing, their lives and the subjects of their books. 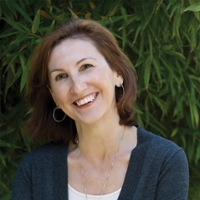 Van Meter, the second writer visiting in the 2014-15 series, will be on campus at 3:30 pm Nov. 20 in the Harstad Lounge. At 7 p.m., he will be in the Regency Room at the Anderson University Center.

In the spring, the series will welcome its last writer for academic year, Adrianne Harun. She will speak on Feb. 26 at 3:30 p.m. at the Garfield Book Company, followed by an appearance in the Regency Room at 7 p.m. The VWS series is free and open to the entire PLU community.