PLU Jazz Day in Seattle May 3

PLU Jazz Day in Seattle May 3

Image: The Jazz Sound Trio, comprised of PLU faculty members David Deacon-Joyner on piano, Clipper Anderson on bass and Mark Ivester on drums, performs at Jazz Under the Stars at the Gonyea House. (photo: John Froschauer/PLU)

SEATTLE, Wash. (April 23, 2015)—Jazz music is a dish best served live and in person. A fusion of African-American, European-American and international musical traditions, jazz is known for its energy, creativity and ingenuity. Its iconic founding fathers and mothers are revered as some of the greatest improvisational artists in modern history.

No performance stage is too grand or too modest for the lively genre, but jazz music may be most at home in culturally vibrant metropolitan nightclubs. New Orleans, Chicago and New York City are often cited as the country’s most well-known sites of historic, quintessential jazz clubs, but Seattle, just 40 miles north of Pacific Lutheran University, has been a West Coast Jazz haven for nearly 100 years.

On Sunday, May 3, PLU faculty and student jazz musicians will pilgrimage to the Emerald City to showcase their chops at Tula’s Jazz Club in Seattle’s Belltown district.

Twenty students, ranging from first-years to seniors, will grace Tula’s stage throughout “PLU Jazz Day.” For most of them, the showcase will be their debut performance at an authentic jazz club.

“Seattle has a vibrant jazz scene, both on the professional and student level,” says PLU Professor of Music David Deacon-Joyner, who will perform at the event with the Jazz Sound Trio. “For students to present themselves at one of Seattle’s premier jazz venues is a thrill.”

“We are taking PLU jazz to the heart of this scene and will present our music in a variety of formats, from combos to the large jazz ensemble,” says Deacon-Joyner, who serves as the university’s Director of Jazz Studies.

All of the featured students will perform together as the University Jazz Ensemble. Throughout the program, the ensemble will subdivide into various “combos” and “little big bands” that will demonstrate different elements of the students’ musical abilities as well as different dimensions of jazz music.

“A jazz combo is a smaller, more intimate ensemble that tends to emphasize improvisation and spontaneous interaction over more formalized, written-out music that is more native to the larger 20-piece band,” explains Deacon-Joyner.

“A ‘little big band’ is bigger than a combo, (but) smaller than a ‘big band,’” he says. “This group totals from eight to 10  players, five or six wind instruments and a rhythm section. This lean, versatile instrumentation can feature both intricate written-out ensemble passages, like a big band, but also be small enough to have the spontaneous interaction of a combo.”

Improvised “jamming”—unrehearsed, unplanned performances that often feature extended solos and performers engaging one another in friendly competition—has tremendous importance in the lexicon and history of jazz music.

The Jazz Day program will include periods of jamming with a special twist, spotlighting standout students and inviting them to com of age on stage as jazz performers.

“We are having a few select students ‘sit in’ with the professional trio and see if they can hang with more mature musicians playing at a high level,” says Deacon-Joyner.

Invitations to PLU Jazz Day have been extended to Seattle-area high-school jazz band directors and students, PLU music supporters and alumni. Organizers recommend that attendees arrive at Tula’s early to guarantee a seat at the intimate locale. 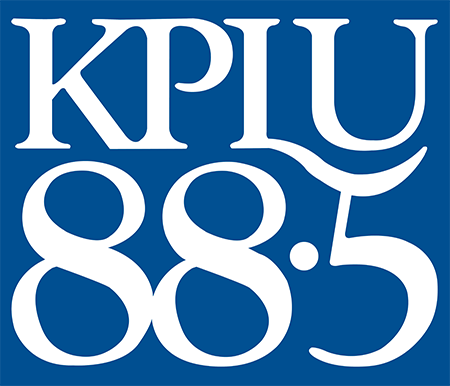