Image: Miho Takekawa teaches during a workshop with the Tamana Girls High School band from Kumamoto, Japan on June 7. The band visits the U.S. every other year with its sister band Graham-Kapowsin High School. (Photo: John Froschauer/PLU)

TACOMA, WASH. (June 28, 2016)- There were lots of tears as band members from Tamana Girls High School in Japan said farewell to their new friends from Graham-Kapowsin High School, located about 13 miles southeast of Pacific Lutheran University.

Miho Takekawa, percussion instructor at PLU, said that despite language and cultural barriers, the students all formed deep bonds during a weeklong musical exchange program earlier this month. She said it was clear that they understand unconditional love without language.

“It’s always hard to say goodbye,” said Takekawa, who has been involved in the partnership that unites young musicians from the two countries since 2008.

The exchange is made possible by a multi-pronged partnership between PLU, the Bethel School District, Tamana and Japanese music educator Tomio Yamamoto.

Takekawa, who was born and raised in Japan, said she first became involved with Yamamoto and his exchange partnerships while studying for her doctorate at University of Washington.

Now, the program extends to PLU, bringing together the joint concert band to study and perform together at the university. 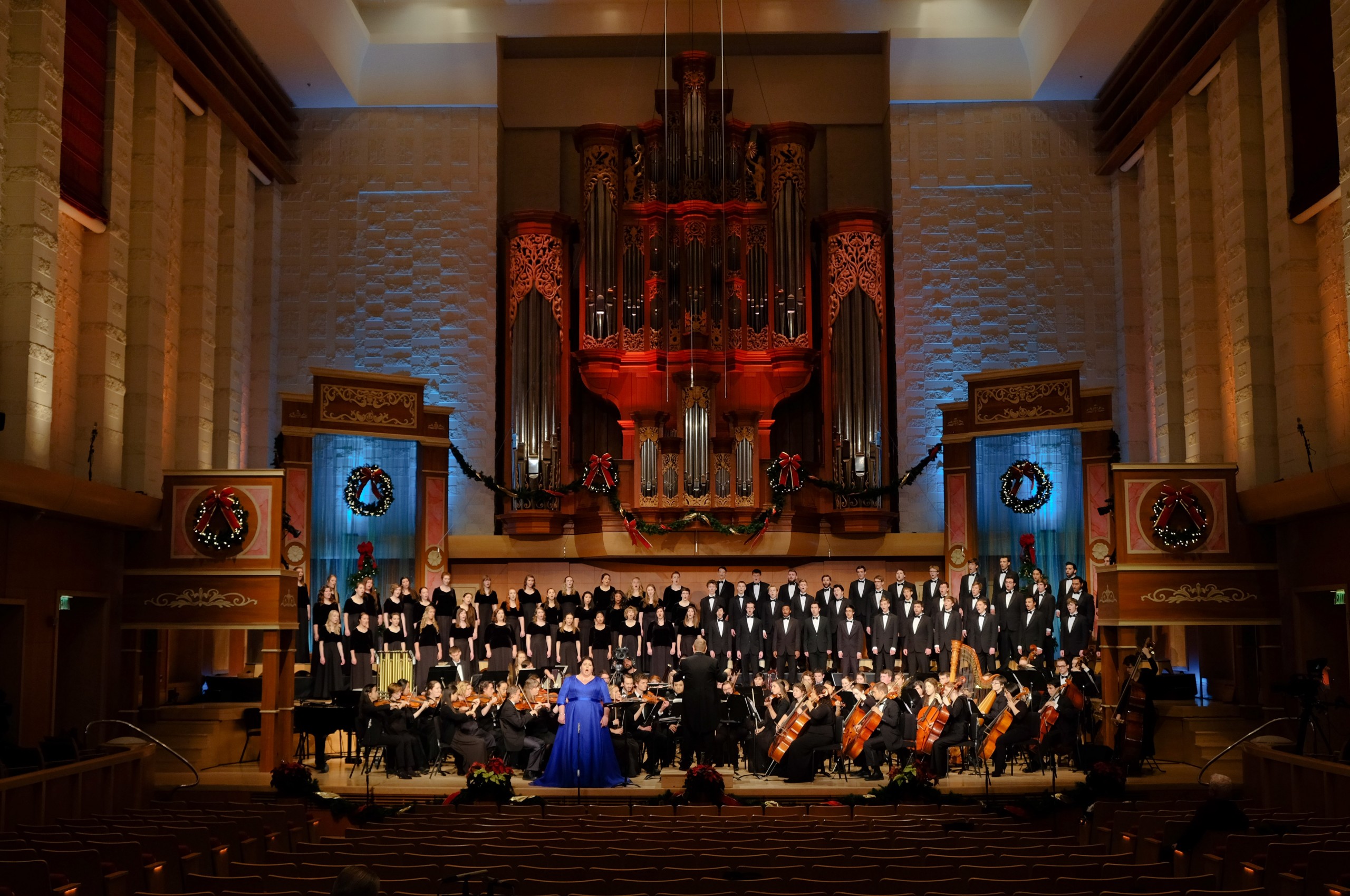 Visit the music department's website for more information about programs, facilities and more.

Tamana and G-K are a perfect match, Takekawa said, mainly because both schools are located in rural areas (Tamana is based in Kumamoto on Japan’s southernmost island). Members of the all-girls high school stayed with host families, all households that G-K band students call home. The Japanese students attended classes at the Graham high school, had backyard barbecues, rode horses and took sightseeing tours in the greater Puget Sound area, from Mount Rainier to the Space Needle in Seattle.

But they all came together on PLU’s campus to make music. They rehearsed together in an all-day workshop before performing in the 2016 Friendship Concert in Lagerquist Concert Hall, in front of an audience that nearly filled seats to capacity. Then, they spent several hours a couple days later in a masterclass, learning together with the help of volunteers from PLU’s music department – including students and faculty members Ed Powell and Ron Gerhardstein, director and associate director of bands, respectively. None of the volunteers spoke Japanese, so Takekawa served as a translator.

Takekawa said each group influenced each other as they rehearsed and performed together. “I know both cultures pretty well,” she said. “The mix of culture I have in me I like to share.”

Typically, American students are more talkative and sometimes get distracted during instruction, Takekawa noted as one example of the students’ cultural differences. In contrast, Japanese students sit silently and listen intently. Putting those two groups together quiets the American students, she said.

“We learn from each other,” she said. “That’s very special to witness. I can see both sides learning so much.”

The partnership is ongoing, going into Takekawa’s 10th year teaching at PLU. She said the plan is to continue to grow and strengthen that partnership. In January 2017, Gerhardstein will use a grant from the Wang Center for Global and Community Engaged Education to conduct a music research project in Japan, she noted. Takekawa will accompany him, as well as a couple of students from G-K.

Students from Tamana visit PLU and stay with G-K host families every other year on even years; every three years, about 20 G-K students go to Japan for about 10 days. And two or three lucky G-K students receive a scholarship from Yamamoto, the driving force behind the partnership, to study abroad, said Paul Bain, Graham-Kapowsin’s band director and a 1999 PLU graduate. Those students travel to Japan the off-year when neither band participates in the exchange program, he said.

Bain said students on both sides of the cultural exchange benefit from the experience. He said the sister band motivates his students to be better after they witness the Japanese students play music at such a high level. “My students are always blown away by how good they are,” Bain said.

He added that many of the students stay in touch after the trips end.

“It’s important because of the cultural awareness that the students get,” Bain said of the partnership. “It makes them really think about other people first.”

Takekawa acknowledged that some of the students, this early in life, may not recognize the larger life lessons they take away from the exchange program. But the experiences build an important foundation for cross-cultural understanding as they continue to mature.