TACOMA, WASH. (May 2, 2018) — Oneida Blagg — Pierce College’s first director of equity, diversity and inclusion — says her commitment to those issues started long before she pioneered this new position at the community college.

Blagg’s parents raised her to be politically aware, with a strong desire to advocate for what she believed in. They often would watch the news together and discuss major political issues of the time.

“My parents wanted to prepare us, because they knew we were mixed (race) kids going out into a world that wasn’t going to be receptive,” said Blagg, a Pacific Lutheran University graduate of 1982 and 1991.

That was the birth of her interest in politics and equity. Blagg studied political science as an undergraduate at PLU, before returning to the university to pursue a Master of Arts in Social Science.

“It just seemed to be natural,” she said of her first degree. “I always thought politics were interesting.”

During her master’s program, Blagg worked at PLU’s Office of Minority Affairs for three years. There she worked on a grant to direct more students of color and women into STEM in higher education  — an experience that set up the trajectory of her career, culminating in her work at Pierce. 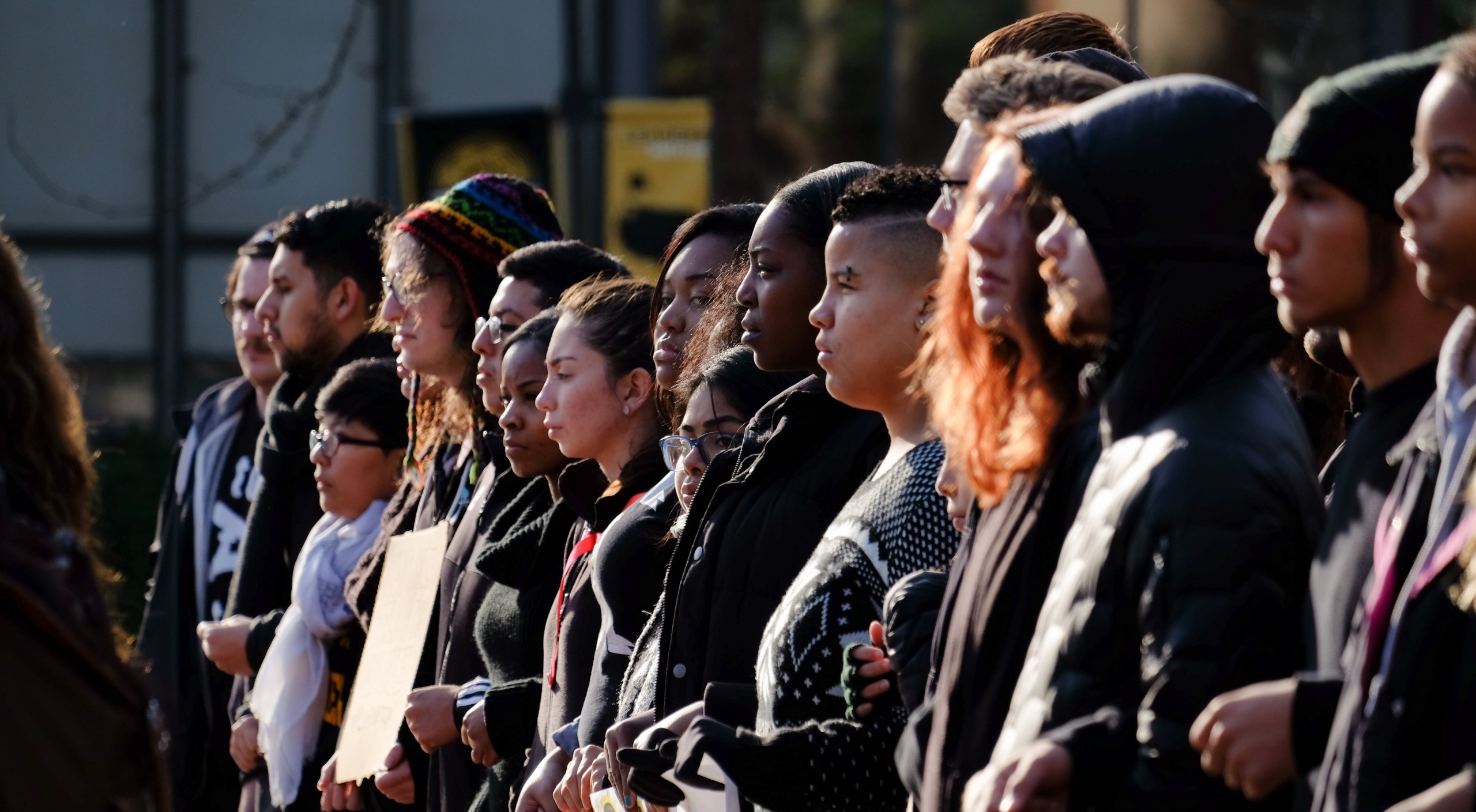 Learn more about the university's commitment to diversity, justice and sustainability.

Blagg — who has served on PLU’s Alumni Board since October 2017 — oversees programming related to issues of diversity, equity and inclusion, ensuring that all of them encompass common goals.

“There has to be a structure, a framework that we pursue diversity and equity in, and a sense of cohesiveness about how we put our programs together,” Blagg said, “so we are supporting students in the way that we want them to be supported, and also that we are attracting diverse talent to the faculty and staff.”

Blagg also is working on an employee education program to encourage respectful behavior across the school’s campus.

While her job can be data-driven in many ways, Blagg says data isn’t the only way to measure the success of these programs.

“It’s not just ‘have we hired more black people and more women,’” Blagg said. “It’s about if the climate on campus is helping students to succeed.”

Blagg found great success during her time at PLU. She was a straight-A student (with the exception of a B in typing class), and even earned the title of university fellow in the political science department her senior year. She received a scholarship and assisted professors with lecturing and grading papers.

"There has to be a structure, a framework that we pursue diversity and equity in, and a sense of cohesiveness about how we put our programs together, so we are supporting students in the way that we want them to be supported, and also that we are attracting diverse talent to the faculty and staff."- Oneida Blagg

“It wasn’t a ton of extra work,” she said. “It was more a distinction for good scholarship.”

Blagg also was inspired by classes outside her major. She took two religion classes that challenged her to rethink her preconceived ideas about Christianity — and countered her initial assumption that PLU faculty would try to convert her.

“I thought it was going to be preaching, and fire, and brimstone,” Blagg said. “The guy who taught it was a carpenter of all things, and he didn’t preach, he said ‘this is what the Christian faith is.’”

Blagg’s Christianity classes inspired her to take a fresh look at religion as a whole. She eventually returned to Catholicism years after her family stopped attending church. “Those two classes got me thinking more than anything else that I took,” Blagg said.

After she graduated with her bachelor’s degree, Blagg’s graduate studies at PLU focused on how companies approach conflict resolution with their employees. She found that compromise was only coming from one side.

“The organization would expect people to cave and give them ridiculous sorts of resolutions and expect that they would be happy, and the compromise was supposed to come from the employee,” Blagg said. “Compromise has to go both ways. It’s not just ‘I win and you lose.’”

Her master’s work was the foundation for her service in the National Guard, where she investigated employee and affirmative-action complaints.

“I had taken some counseling courses in the early part of my graduate work,” Blagg said. “I learned from there how to talk with people one on one, and talk with them about difficult subjects.”

Blagg’s experience with diversity policies started at PLU, and she continues to build strong programs to foster diversity at a 30,000-foot level.

“It’s beyond the day-to-day stuff,” Blagg said, such as resolving individual complaints. “It’s about what plans and policies and procedures we’re setting in place now to shape an organization that’s culturally responsive to the people it serves.”