Image: Kelly Hall ’16, a language specialist with her tribe, sings alongside fellow Samish tribal members during protocol at the Power Paddle to Puyallup. The ceremony — during which tribes share songs, stories and dances — was part of the annual canoe journey. (Photo by John Froschauer/PLU)

TACOMA, WASH. (Aug. 7, 2018) — Before Kelly Hall ’16 and the rest of her Samish canoe family paddled their final strokes through the Hylebos Waterway, Hall did something no one in her tribe had done for many years. 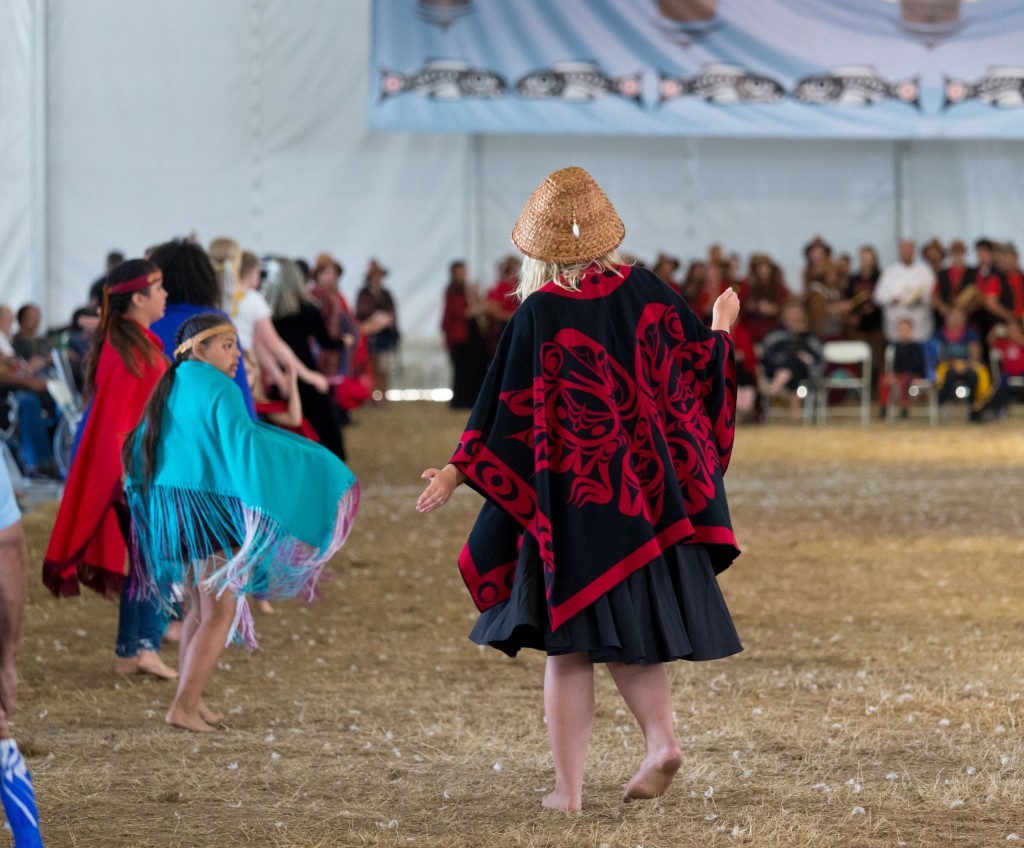 Samish tribal members dance during protocol, a ceremonial sharing of stories, songs and dances during the Power Paddle to Puyallup, this year's annual tribal canoe journey hosted by the Puyallup Tribe of Indians. (Photo by John Froschauer/PLU)

Kelly Hall '16 dances with the Samish tribe during their protocol at the annual canoe journey, hosted by the Puyallup Tribe of Indians. (Photo by John Froschauer/PLU)