How do the material conditions of reading and writing impact the meaning of a text—and how do modern technologies revise or reinflect these meanings? In Fall 2015, students in ENGL 311 The Book in Society investigated these questions through two overlapping hands-on activities. First, after reading about early modern italic handwriting, they used quill pens and ink (ordered from a store in Colonial Williamsburg with a PLU Innovative Teaching Grant) to explore the way that early tools could affect letter formation. Second, after studying both paleography and textual transcription, the students participated in an online Transcribathon, a worldwide effort to type out the words contained in one handwritten document from the seventeenth century. Organized by EMROC (The Early Modern Recipes Online Collective), the Transcribathon sought to make an early text not only more widely accessible but also more open to Internet searching and XML (Extensible Markup Language) tagging. By juxtaposing these two activities, students were able to compare the physical and intellectual ramifications of two very different modes of textual production. 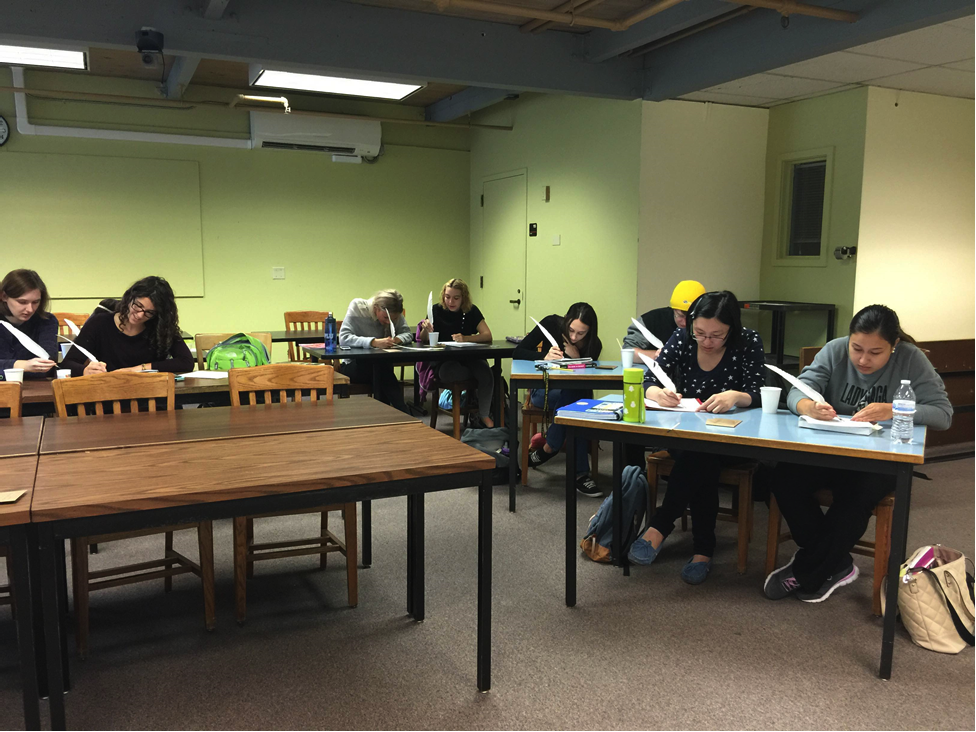 One of the first questions was: “How do I hold this quill?” By trial and error, students eventually discovered that a pencil grip with a slight tilt works best, and that it’s actually easier to write in “secretary” cursive than to print with a quill. In other words, what seemed at first to be odd choices in letter formation (long downward strokes; a backward looping “e;” the notorious “butcher-hook ‘h’”) were exposed as sensible choices because they worked with the quirks of the technology. Students also noted that the pens were “lightweight,” “fragile,” and delicate, potentially snapping under pressure. This led them to take greater care and time over the formation of each letter, resulting in slower writing with more time to think between each word. While some of this slowness was due to our unfamiliarity with the medium, some was also built in: quills need to be dipped repeatedly in ink and mended periodically with a knife, for example. We concluded as a class that quills could influence not only the physical appearance of handwritten letterforms, but the pace and even the substance of the writing itself.

When it came time to transcribe the handwriting of Rebeckah Winche (a seventeenth-century Englishwoman who kept a book of medicinal and culinary recipes), the students were able to add another layer of complexity to their work—asking not only how the original mode of production impacted the text, but how its subsequent digital reframing continues to affect its ways of making meaning. (For a sample of the original manuscript, click here.) As students worked in pairs to decipher the handwriting, retype it into a textbox, and apply XML tagging to its keywords, they participated in a larger community effort that both preserved original meanings and reframed them in new contexts. As we wrote on a class blog entry for EMROC, Twitter hashtags began to connect early modern pancakes with modern restaurant chains; pigeon recipes became points of worldwide discussion, and retweets signaled the growth of the conversation beyond our PLU classroom. The pace of this activity was fundamentally different from writing with a quill: it demanded multitasking with multiple windows open instead of focused concentration on letter formation itself, and it required fluency with not only early modern handwriting, but computer programs, XML tags, mouse usage, pop culture references, and social media. In light of these shifts and reframings, early modern texts began to signify as not only old recipes, but also as placeholders for bygone cultures in an Internet age. 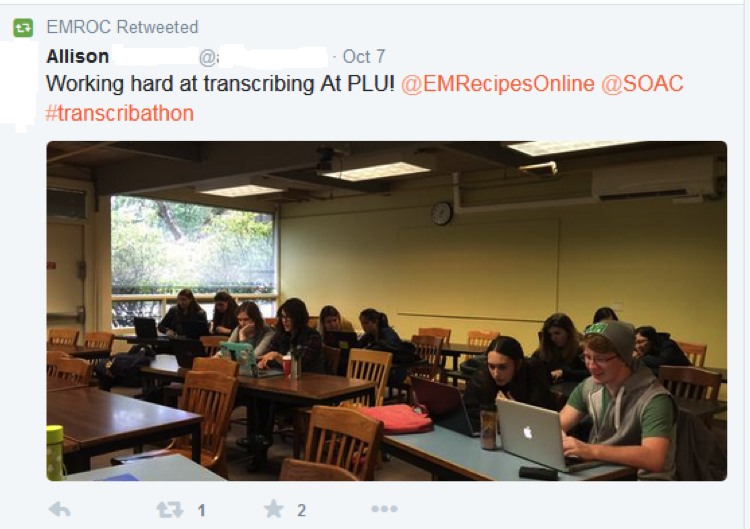 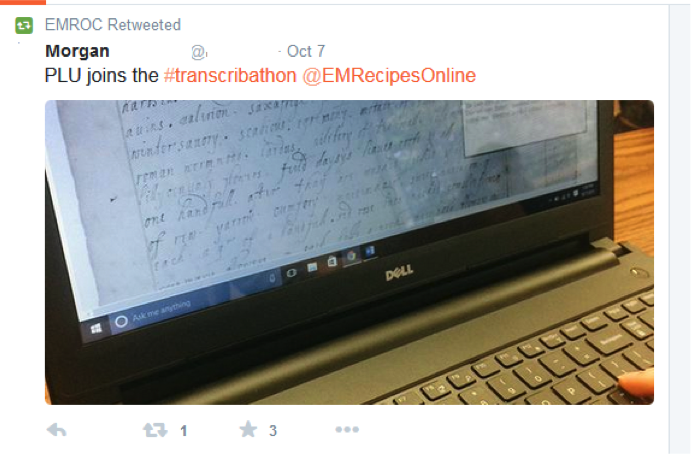 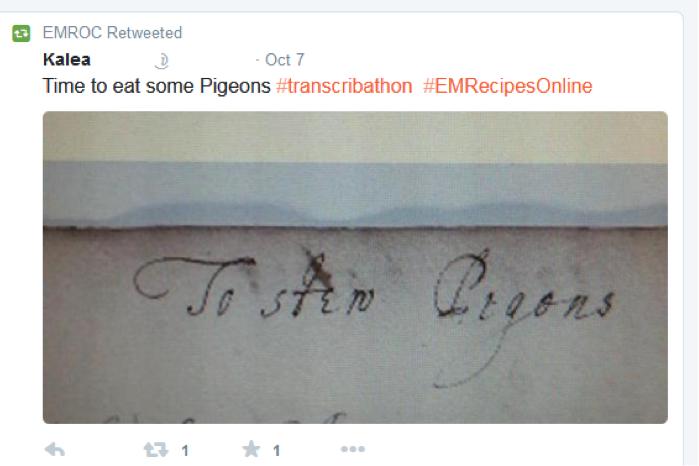 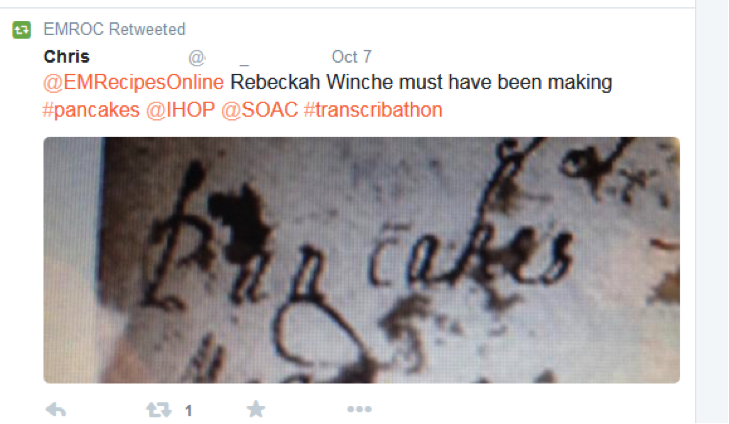