For Dr. Dowland and Dr. Schleeter, sabbatical was a time to step away from teaching and service obligations so that they could focus on scholarship relevant to their teaching.  For Dr. Llewellyn Ihssen, sabbatical provided an opportunity to teach and serve in a new setting while pursuing her scholarly goals. 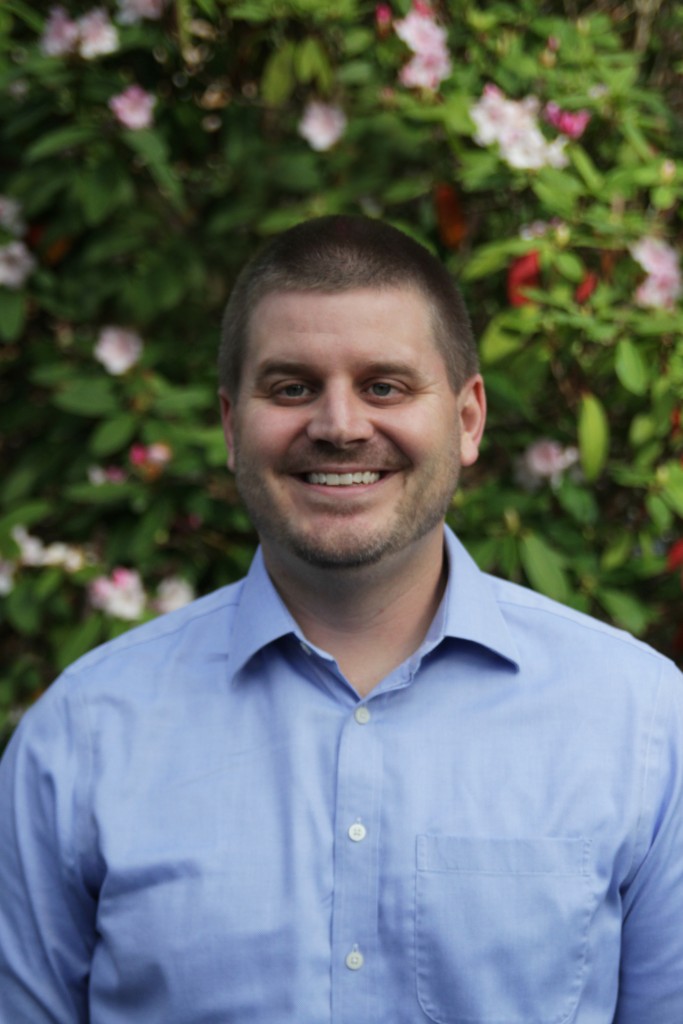 Dr. Dowland, Associate Professor of Religion and Chair of Women’s and Gender Studies, was able to focus on his second book project, which has the working title of “Purity and Power: The History of White Christian Masculinity in America.” He completed much of his research at Oxford University, which houses the largest collection of scholarly material on American religion outside of North America. Dr. Dowland commented that he experienced a “lot of productivity by osmosis” from having so many scholars in his surroundings working on their research. And being at Oxford provided him with opportunities for conversation with colleagues also working on topics in the history of Christianity.

Much of Dr. Dowland’s research addresses the topic of white masculinity in the U.S., which is also important in his courses on Gender and American Christianity. During his sabbatical, Dr. Dowland used his research to update some of his course material. He hopes that his reflection and time away from teaching will help his students unpack the intersections of race and gender, examine ideologies, and expand their awareness of the ways that race, gender, and religious identities are interdependent. Dr. Dowland’s goals in teaching religion include helping students to develop critical empathy and to see the world from different points of view through different ways of thinking. His sabbatical allowed him to discover additional strategies for meeting these goals.

Dr. Michael Schleeter, Associate Professor of Philosophy, teaches and produces scholarship in the areas of ethics and political philosophy. During his sabbatical, he was able to take time to rest and restore as well as explore new topics that further extended his areas of expertise, including the role of biology and evolution in systems of ethics.

Dr. Schleeter stated that this branch of philosophy includes humanity’s development of moral capacity over time and the expression of that development in historically influential ethical frameworks.

During his sabbatical and currently, he has been working closely with the texts of William James in order to develop what he calls “a Jamesian conception of moral truth.” In addition to his sabbatical research project, Dr. Schleeter began to develop curricula related to the existential risk posed by technology: we’ve created technology that is useful, but also so dangerous that it could kill us.

Through travel made possible by his time away from teaching, Dr. Schleeter also gained a deeper understanding of the rural American South, especially Mississippi and Alabama. There he encountered high rates of poverty and desperate living conditions, yet at the same time, the natural beauty of the land moved him. He developed a heightened commitment to engaging mindfully with all people, regardless of their political stances, and to having empathy for everyone. 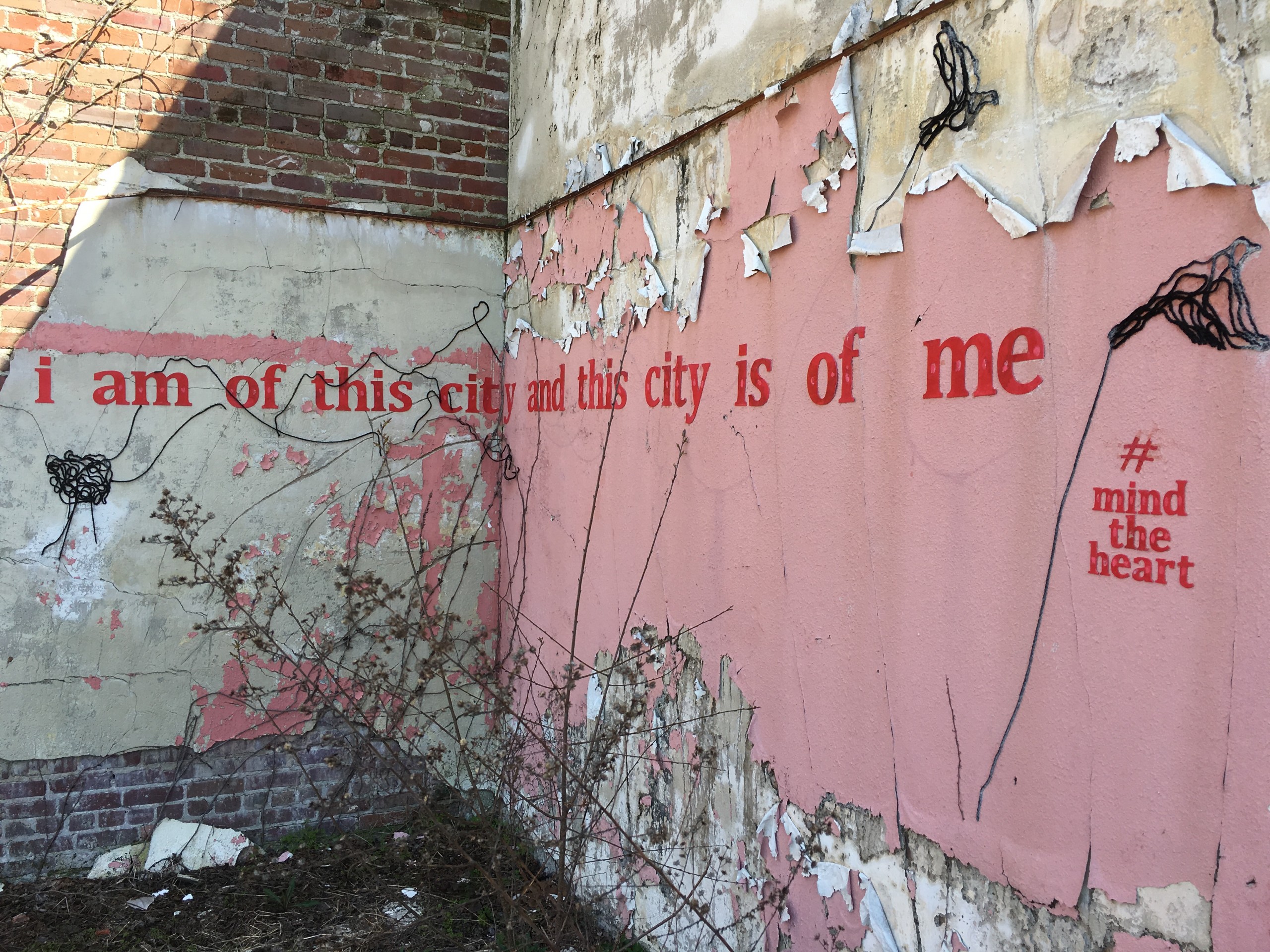 A wall in Clarksdale, MS, home of the Delta Blues Museum.

A wall in Clarksdale, MS, home of the Delta Blues Museum. 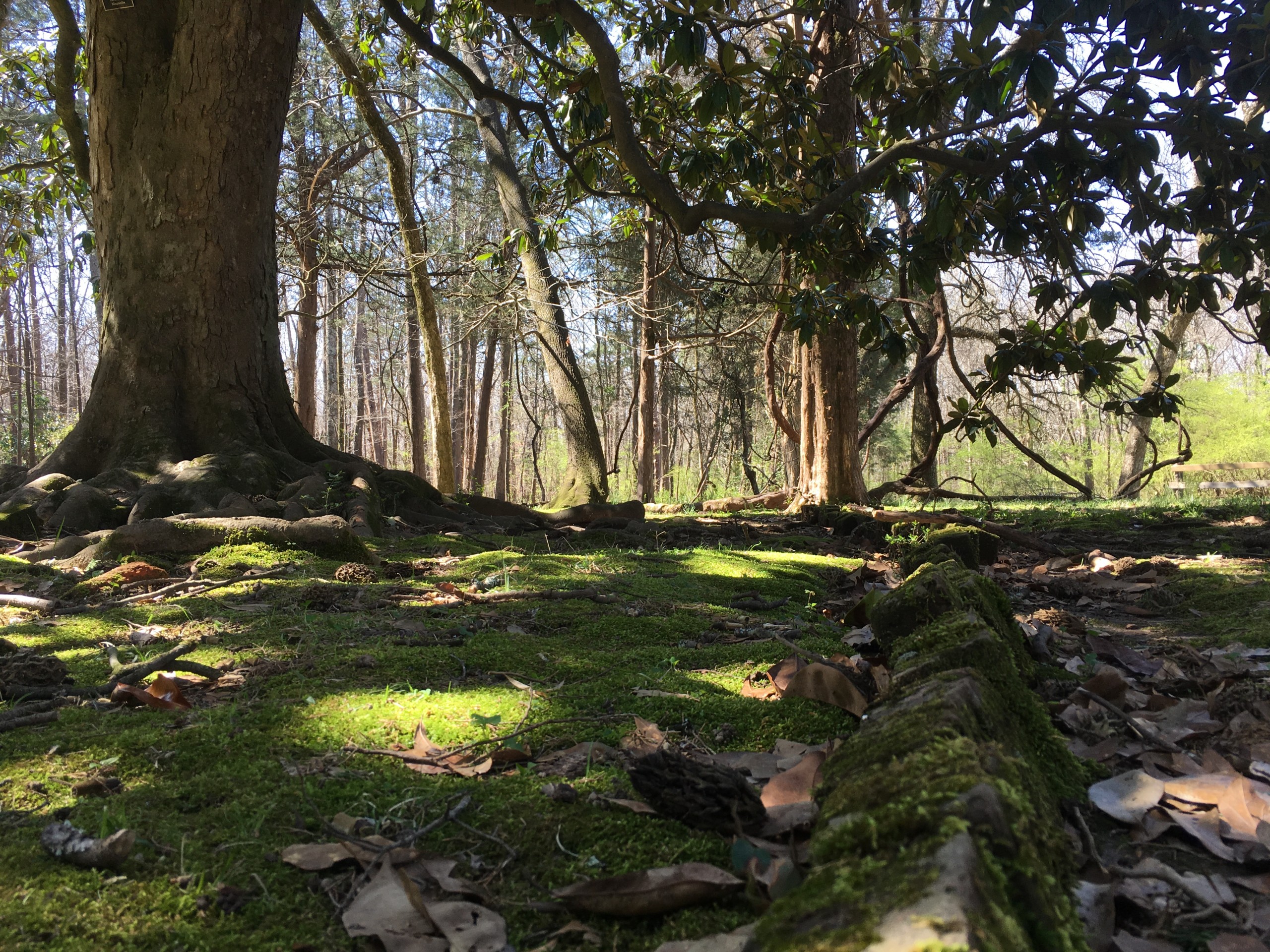 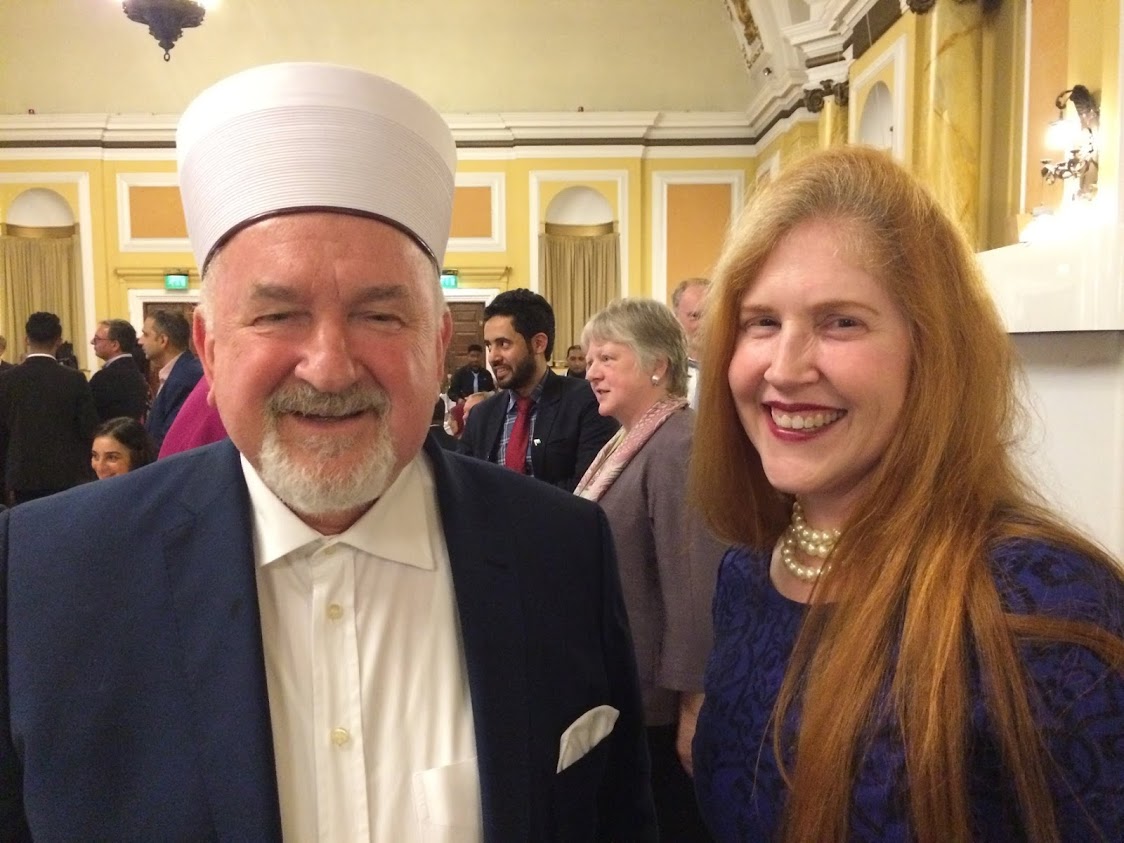 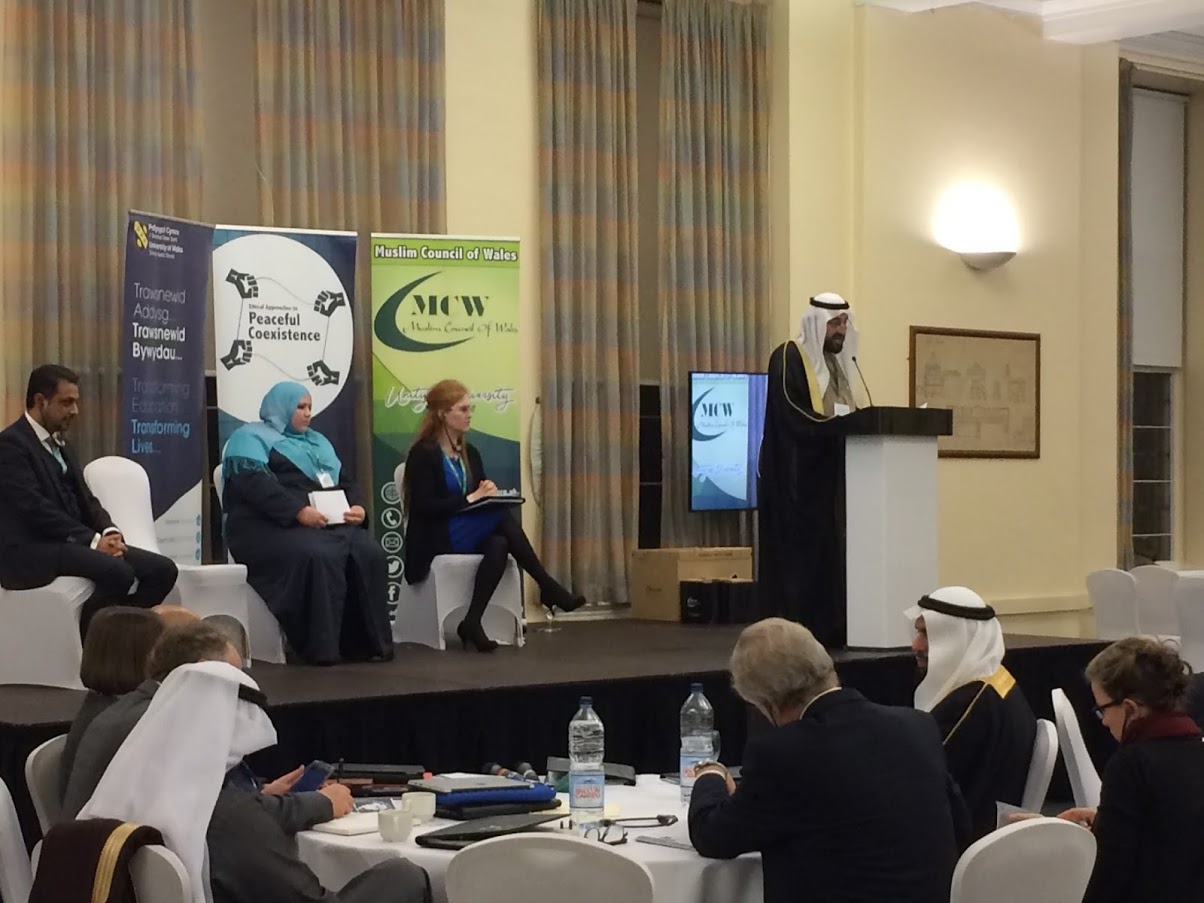 Dr. Llewellyn Ihssen participating in a panel discussion at the "Ethical Approaches to Peaceful Coexistence" conference, sponsored by the University of Wales Trinity Saint David, the Muslim Council of Wales, and the Knowledge Exchange Program of the Kingdom of Saudia Arabia.

Dr. Llewellyn Ihssen participating in a panel discussion at the "Ethical Approaches to Peaceful Coexistence" conference, sponsored by the University of Wales Trinity Saint David, the Muslim Council of Wales, and the Knowledge Exchange Program of the Kingdom of Saudia Arabia. 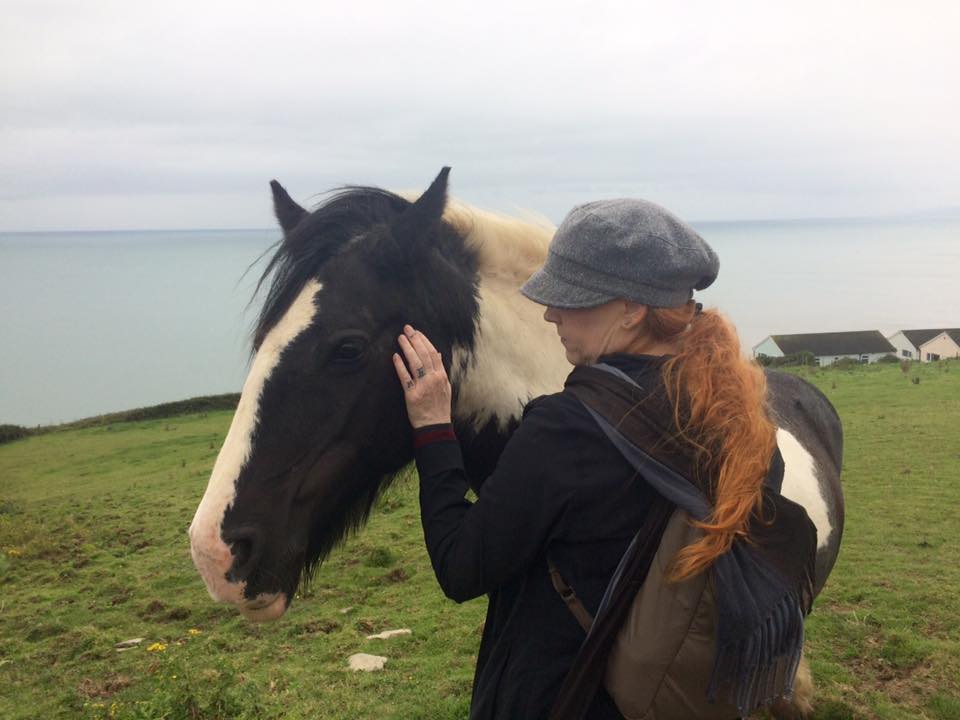 Dr. Brenda Llewellyn Ihssen, Associate Professor of Early and Medieval Christian History, arranged her sabbatical in response to an “out of the blue” invitation from the University of Wales Trinity St. David (UWTSD) to serve as a Lecturer in Late Antiquity for the Classics Department and as the Wellness Officer for students in the first-year class suffering from medically diagnosed anxiety disorders, autism spectrum disorder and/or Post-Traumatic Stress Disorder. The structure of the academic schedule fueled her productivity. In addition to teaching undergraduate students, directing doctoral candidates in their dissertation work, assisting students as Wellness Officer, and leading tutorials, Dr. Llewellyn Ihssen contributed to a co-authored paper on teaching religion and medicine for Studies in Late Antiquity, wrote a chapter for the Wiley-Blackwell Companion to Christian Martyrdom, continued her work on a manuscript on a healing shrine in Constantinople, led workshops for her UWTSD faculty peers on block teaching, and participated in three international conferences through her work with the International Federation for Interfaith and Intercultural Dialogue.

Dr. Llewellyn Ihssen also revised her regularly offered PLU courses to ensure that 50% of the texts assigned in each class are authored by women and that her syllabi reflect the true diversity of the Christian past regarding race, gender, and bodily differences. Dr. Llewellyn Ihssen explained: “Highlighting diversity in Christian history is a matter of being faithful to sources: You have to work hard not to see Christian diversity in the texts themselves; all I did was work to make this more explicit for students.”

In addition to validating her institutional value as teacher, scholar, and administrator, Dr. Llewellyn Ihssen’s colleagues and students in Wales provided an environment that was both energizing and therapeutic.  After an end of the term Classics class that she and UWTSD colleagues team-taught in Thessaloniki and the Republic of North Macedonia, she returned to PLU with a renewed commitment to serve her students, her scholarship, and her academic community.

Maria Flores is a PLU junior, with a major in Sociology. She completed this article as part of her work in English 320, Intermediate Creative Nonfiction.