In March 2015, I partnered with the Center of Community Engagement and Service to lead an Alternative Spring Break centering on immigration and the US/Mexico border (in Texas and New Mexico). Seven students, representing many different backgrounds and majors, along with one recent alumna, and student facilitator Carly Book, participated in this immersion program. Our group partnered with the Iglesia Luterana Cristo Rey (under the leadership of Rev. Rose Mary Sánchez-Guzmán) in El Paso, Texas, a church that views its work with visitors to this area as “a reverse mission trip, where the border and its people will teach and minister to your group.”

Before embarking, our group read and discussed several readings — from literary, sociological, and political perspectives — about the border and immigration. The goal of this immersion experience was to help PLU students and faculty members to deepen their understanding of the liminal space of the US-Mexico, where — to use the critic and author Gloria Anzaldúa’s concept of the “borderlands” — “the third world grates against the first and bleeds.” For Anzaldùa, this ‘blood’ signifies not only suffering, but also life-giving nutrition: the encounter between two cultures produces pain, but also enriches each side.

Our immersion group also tried to deepen our understanding of the border and immigration by listening to the testimony of individuals representing many different populations and roles in the communities of El Paso, TX and Las Cruces, NM. We visited Colonias (unregulated settlements), a detention center, the so-called “fence” itself, as well as shelters for immigrants, and listened to presentations by immigration lawyers, doctors, the Border Patrol, the Border Servant Corps, and the American Civil Liberties Union, which has tried to ensure that immigrants receive proper legal representation. 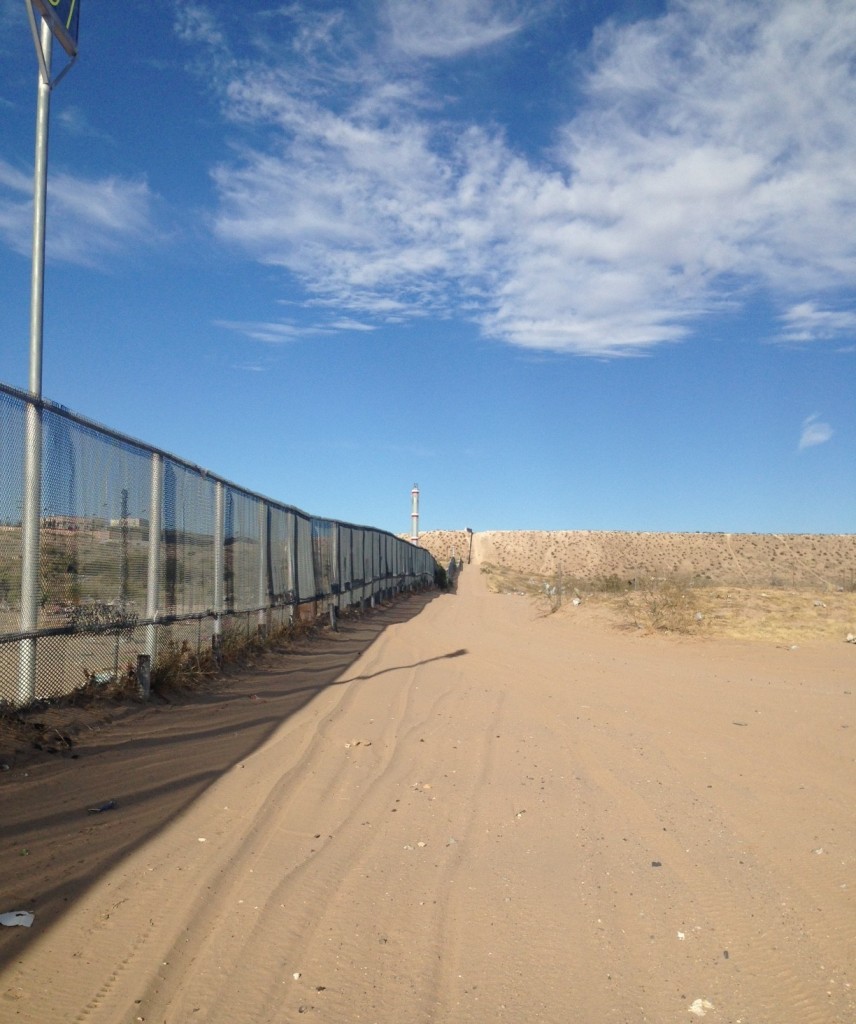 Finally, and perhaps most importantly, we wanted to better understand what sorts of strategies immigrants living on the US/Mexico border have developed to determine their own circumstances, often in the context of injustice, social inequality, geographical displacement, and human rights violations. Our program also included visits with Kate Pritchard (PLU ’14) and Brian Erickson (PLU ’09), two PLU Hispanic Studies alumni who are currently working on supporting and advocating for immigrant communities on the US/Mexico Border.

Border Patrol presentation at the Fence; Photo by Carly Brook

In the rest of this space, I’d like to share excerpts from brief essay-reflections which we asked the students on the trip to write after returning to PLU. On the one hand, students wrote of hearing stories of would-be immigrants’ “immense faith, [will to] survive and strength”; of people who crossed the border because “hardships in their home countries make it a necessity to move, while legal entry into the US is simply impossible for most,” because entering with a work or travel visa would mean a “15- to 25-year wait for some, and an impossibility for most”; of a man who pursued the “American dream,” by bringing his family to America years ago, “where he then enrolled his daughter in a good school, got his GED, worked hard to support his family, and generally became a productive member of his church and community.” On the other hand, students described how these people are also subject to an immigration system:

Finally, students noted that while this broken system does not affect most US citizens’ lives, it is, in fact, a reality for many individuals and families in our Parkland and Tacoma community – including our own students (“here, down in the Tacoma tide flats, exists the fifth largest detention center for immigrants in the country”).

In the end, however, many students also came to a conclusion that reflects a measure of optimism – that “if the American population were aware of the heavy militarization, injustice, and dehumanization that is taking place on our Southern border and [in our] ‘detention’ centers they would be moved to action.”  Why?  Because, as with many other historical civil rights movements, the cause of immigration rights should be able to call upon American constitutional and cultural traditions of justice and fairness.