Melissa Michal: A Writer, a Teacher, and a Mentor

By Autumn Robbins '20
Division of Humanities

Professor Melissa Michal, an accomplished author and teacher, joined the English Department as a visiting creative writing professor for the 2018-19 academic year.

When asked why she came to PLU to teach our students, Professor Michal replied that it was because the mission of our university focuses on social justice and a service-led life. The mission statement matches her values and background. She was excited to teach in a place with commitments so closely aligned to her own.

Professor Michal’s approach to teaching is based on getting to know her students and becoming fully invested in their progression as writers. Her teaching style is centered on the student, a style much like that of mentorship. She wants her students to be the main drivers of dialogue in the classroom and to know that their opinions and views of the world are something to be valued. She helps students see themselves as writers and encourages them to participate in the classroom in a way that benefits them and their work. She also strives to build lessons and curricula that create a safe space for students to voice their interpretations, a space that is inclusive of their points of view as expressed through the stories and the characters they construct. She wants the classroom and the course to be a space in which students can take pride in their views and can articulate them through dialogue and stories.

This experience prompted her to go back to school so that she could include Indigenous view of perspectives within her classrooms… and bring much needed change to the education system.

In looking back to consider how she became a writing teacher, Professor Michal said that she started college wanting to major in English education with the goal of teaching high school students. On this path, she observed an English classroom lesson on Julius Caesar and realized that she couldn’t imagine herself teaching content prearranged for her. She remained an English major and went on to complete a second major in Communications/Journalism.

After college, she happened upon an editing job with Thomason Reuters, where she enjoyed training co-workers in one-on-one situations. After four years, she realized she was no longer being challenged. She wanted to teach creative writing and proceeded to get a Master of Fine Arts in this area.

In 2010, after having taught as an adjunct for two years, Professor Michal was invited by a national academic association to participate with scholars from across the country in a one-month journey along the Pacific Northwest Coast for the purpose of studying the culture and art of Alaska Natives and First Nation peoples. She discovered that 85% of the texts assigned as readings or discussed in lecture were not written by or inclusive of Indigenous people. One museum visit in particular troubled her deeply. The museum had worked with a First Nation to get a proper perspective on their culture and history. However, often the museum personnel did not listen to that First Nation about the museum exhibits. She knew then that the education field/system needed work.

This experience prompted her to go back to school so that she could include Indigenous views and perspectives within her classrooms and university community and bring much needed change to the educational system.

During Professor Michal’s writing career, she has had many different mentors. Some are people she has met, others are books and authors. One important mentor, an MFA professor whom she encountered while she was working on her creative writing degree, helped Professor Michal grow and understand the craft of other people’s writing instead of thinking about content alone. Her mentor articulated the view that the engineering of a piece is as valuable as the meaning contained within it. Looking so deeply into the craft elements of texts helped her shape her teaching style to meet the goals of creative writing courses.

Professor Michal defines a mentor as someone who has influenced how writers think about writing, how they present themselves as writers to the world, and how they address people in all the spaces where they talk about their writing. She brings this perspective into the classroom to help focus her students and to help them professionalize their craft. However, she still encourages her students to have fun with their writing because that is what produces their strongest pieces. She hopes to influence them as her mentors have influenced her. 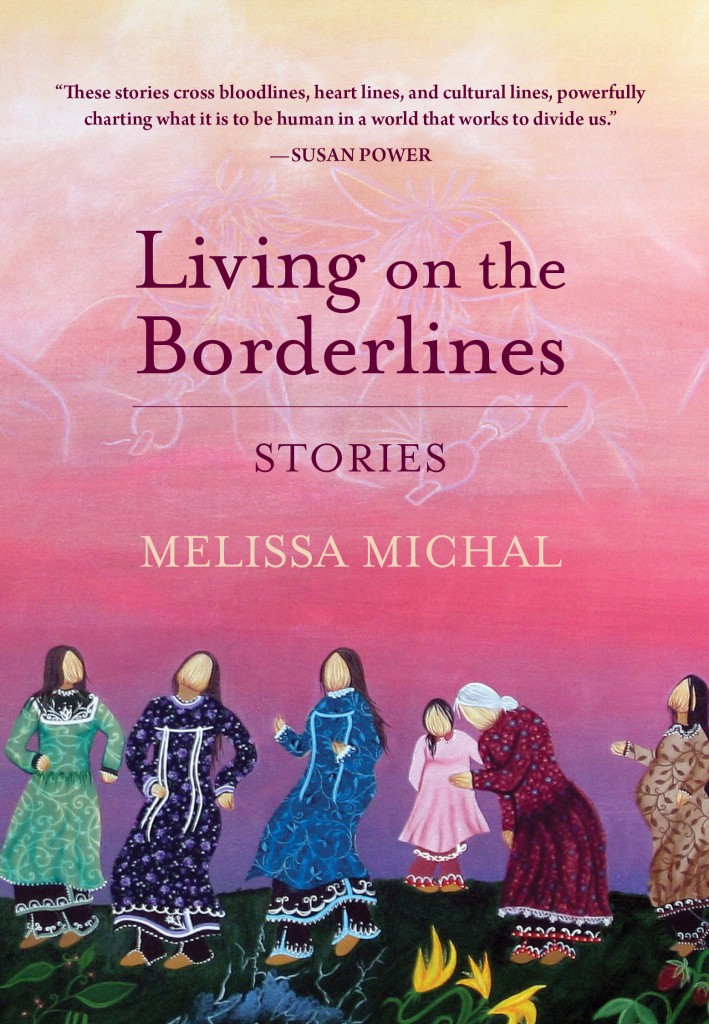 Melissa has published Living on the Borderlines, a collection of short stories interspersed with flash fiction, and critical articles. She has finished Broken Blood, a collection of creative non-fiction essays, and Along the Hills, a novel. She has also written poems not yet submitted for publication. Each genre has led to another over her writing career. She specializes in writing that has to do with thinking about the future. No one specific genre fits this specialization. But Melissa does consider her flash fiction to be among her strongest pieces because she enjoys crafting lines where every detail has purpose. While Living on the Borderlines explicitly features flash fiction, the craft of flash fiction is deeply connected to her work in all genres: each line must convey a character’s journey, a specific image, or an emotion.

We were proud to welcome Melissa Michal to our English faculty as an experienced  professor and an accomplished writer.

Autumn Robbins is a PLU junior, with a major in English Writing and a minor in Publishing and Printing Arts. She completed this article as part of her work in English 320, Intermediate Creative Nonfiction.