Renowned historian Darren Dochuk visited PLU on October 28 & 29, 2015, to deliver the 10th annual David & Marilyn Knutson lecture. While he was here, Dr. Dochuk visited two Religion courses, met students, alumni, and friends of PLU at two receptions, and gave a fascinating lecture on the connections between religion and politics that have developed on America’s oil patches.

Dochuk is Associate Professor of History at the University of Notre Dame, where he completed his Ph.D. His first book, From Bible Belt to Sunbelt: Plain-Folk Religion, Grassroots Politics, and the Rise of Evangelical Conservatism, won the American Historical Association’s Dunning Prize, awarded to “the best book in any era of American history published in a 2-year period.” He has received a host of prestigious awards and fellowships. A native of Alberta, Dochuk attended college at Simon Fraser University in Vancouver. PLU students and alumni were delighted to welcome him home to the Pacific Northwest.

While on campus, Dochuk delivered the lecture “Crude Awakenings,” based on research for his second monograph, Anointed With Oil. The lecture introduced the audience to surprising connections between “wildcatters” – independent oilmen who struck “black gold” in the early days of the oil industry – and the evangelical and Pentecostal preachers who exhibited similar entrepreneurial tendencies in their religious quests. Dochuk also had wide-ranging conversations with students in Religion 498 (Research Methods in Religion) and Religion 361 (History of American Evangelicalism), and they were effusive in their praise of his scholarship and easy-going demeanor.

The Religion Department is grateful for David & Marilyn Knutson’s enduring generosity, which enables us to bring exceptional scholars like Dr. Dochuk to campus each fall. 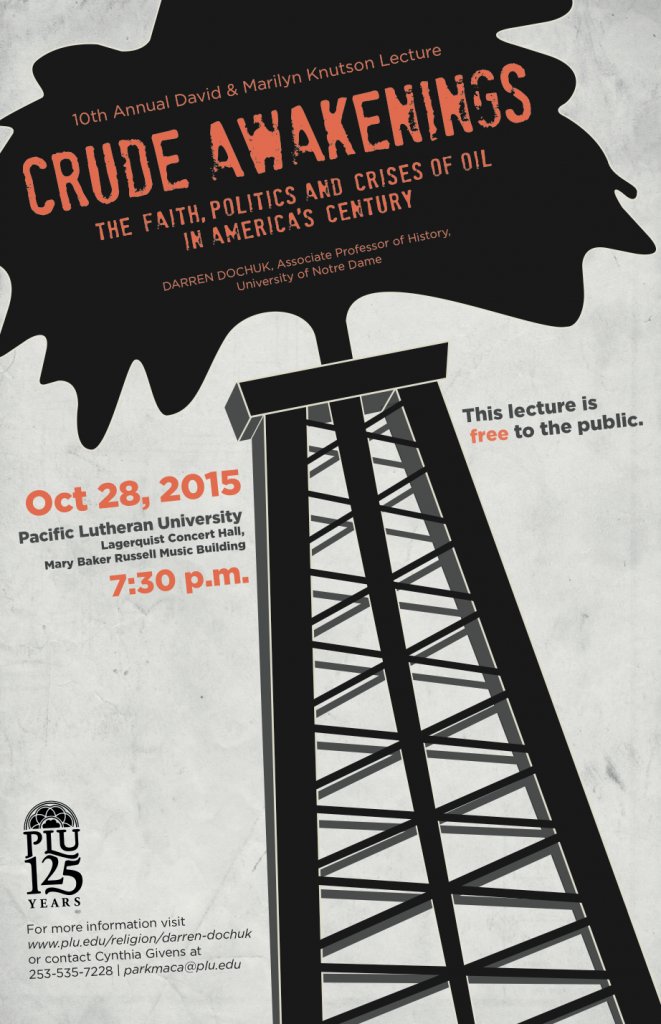 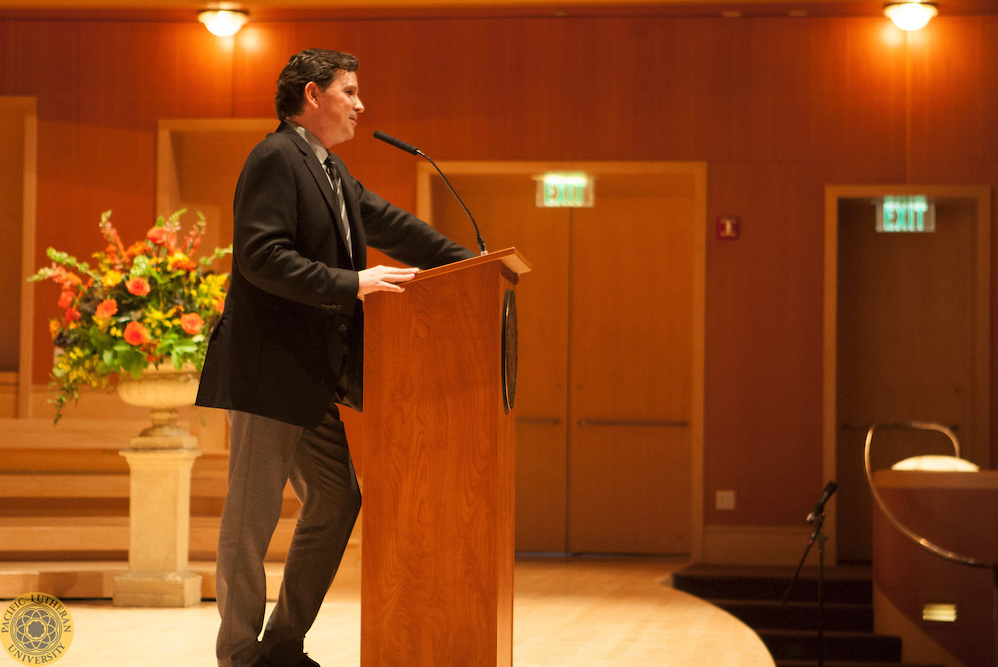