In July of 2015, I traveled to Scotland under the auspices of a Karen Hille Phillips Regency Advancement Award. The primary purpose of my trip was to present my current research at a joint meeting of the International Adam Smith Society and the Rousseau Association, which was held at the University of Glasgow. In general, my research centers on classical political economy—particularly that of the 18th Century Scottish philosopher and economist Adam Smith—and its relevance for understanding contemporary issues of economic inequality. In my talk, which was entitled “Adam Smith and Jean-Jacques Rousseau on the Cultivation of the Moral Sentiments,” I focused on Smith’s suggestion that many of our everyday commercial behaviors threaten to erode our virtues in ways that would lead us to violate the economic liberties of others, leading to an increase in economic inequality that would, in turn, further erode our virtues. I then explored both Smith’s and Rousseau’s ideas on how this vicious circle might be undone.

Much of my time in Scotland was spent on the campus of the University of Glasgow, where Smith himself held the Chair in Moral Philosophy from 1752 to 1764. The university is among the oldest in the English-speaking world and its enormous gothic buildings, which loom with weathered majesty, bespeak its long history. But not all of my time was spent there. I also traveled to the town of Kirkcaldy, where Smith was born and spent his early years, as well as to the city of Edinburgh, where Smith spent his later years and died. Over the course of my trip, I was able to see a number of Smith’s private letters, some of which warmly related the details of his close friend David Hume’s life and last days; to walk the winding streets and alleyways of his hometown; and to visit his grave in Canongate Kirkyard. In the end, my experiences in Scotland not only advanced my scholarship, but also brought me much closer to the life and work of this great thinker. 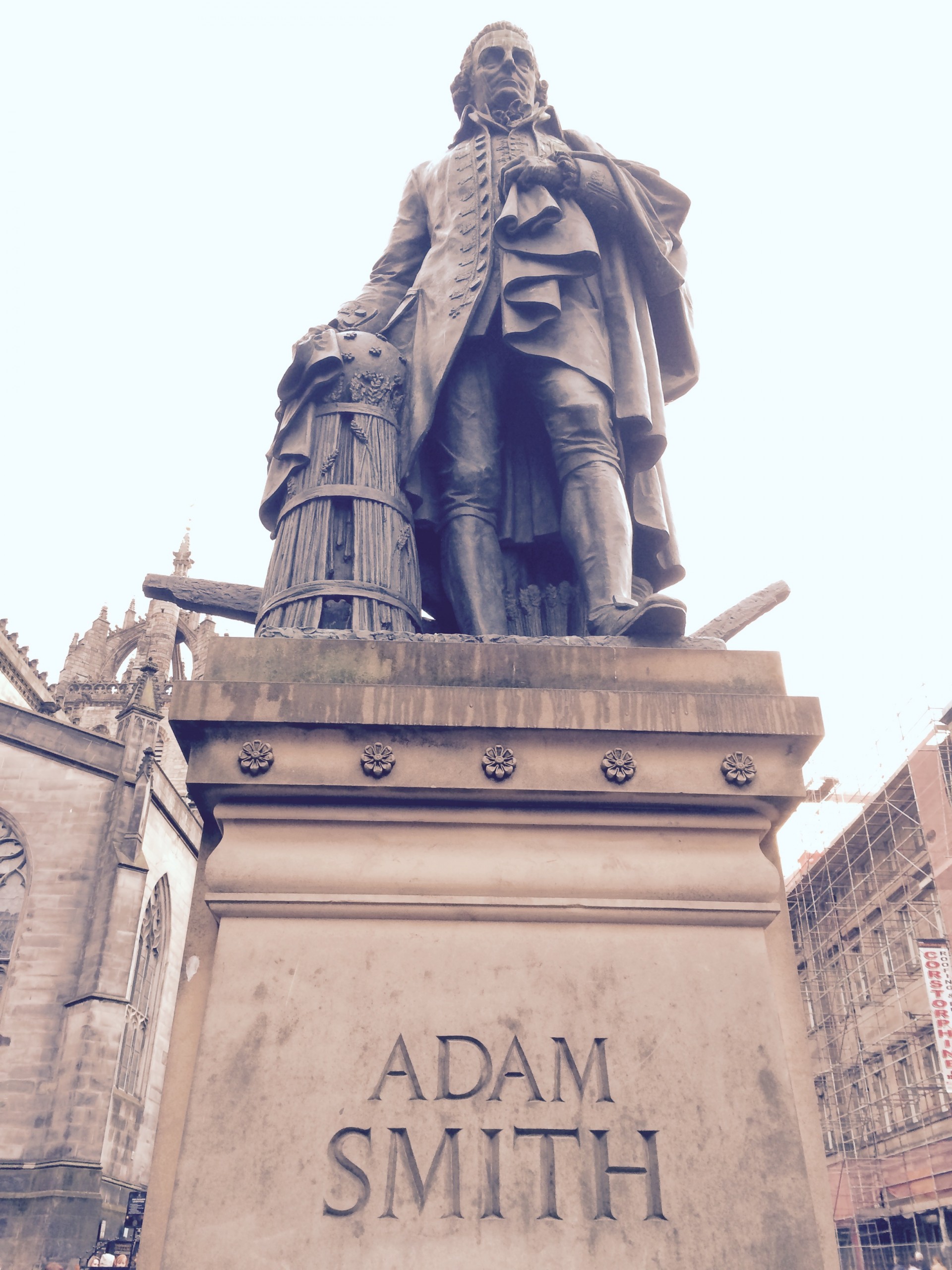 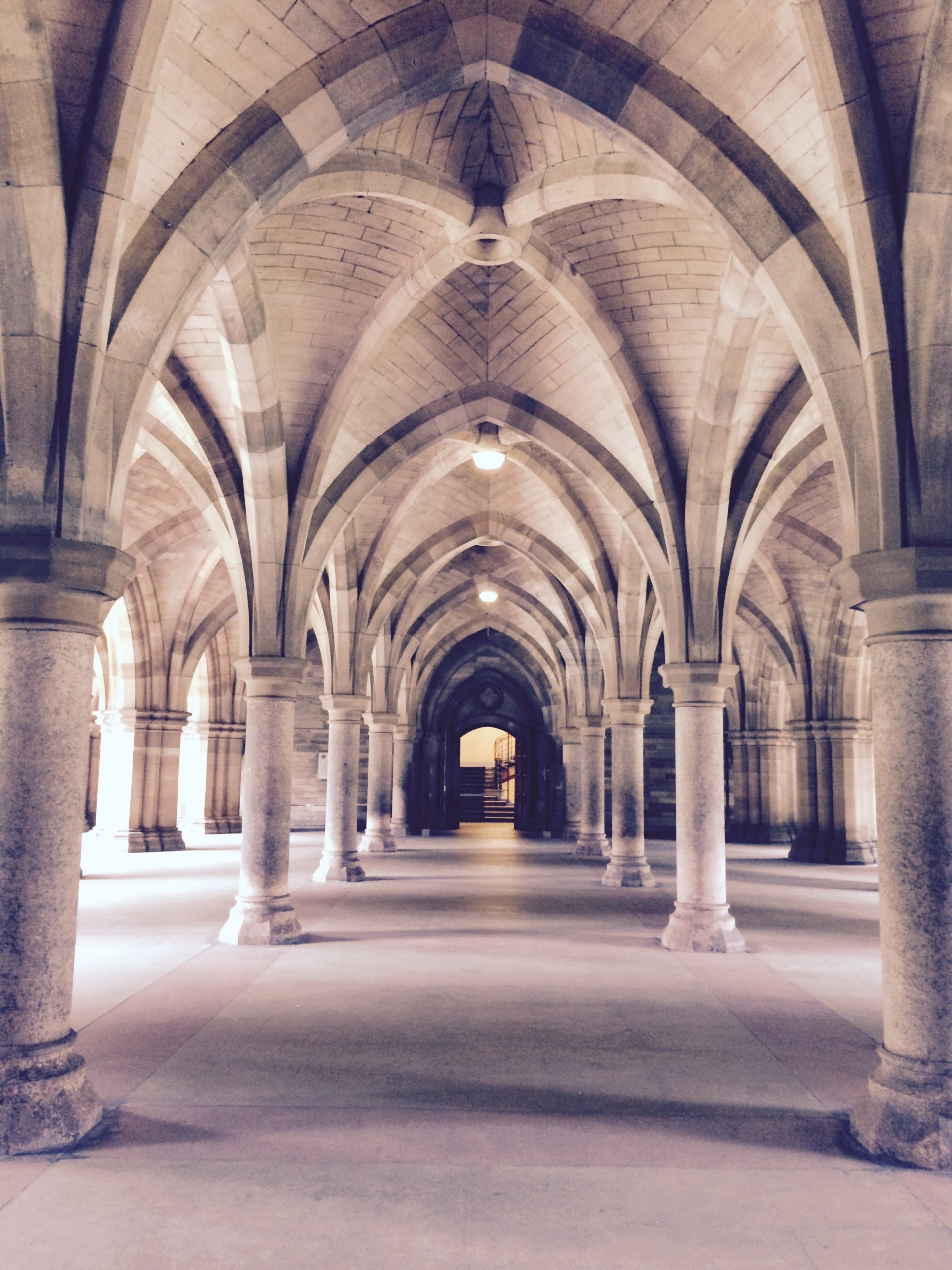 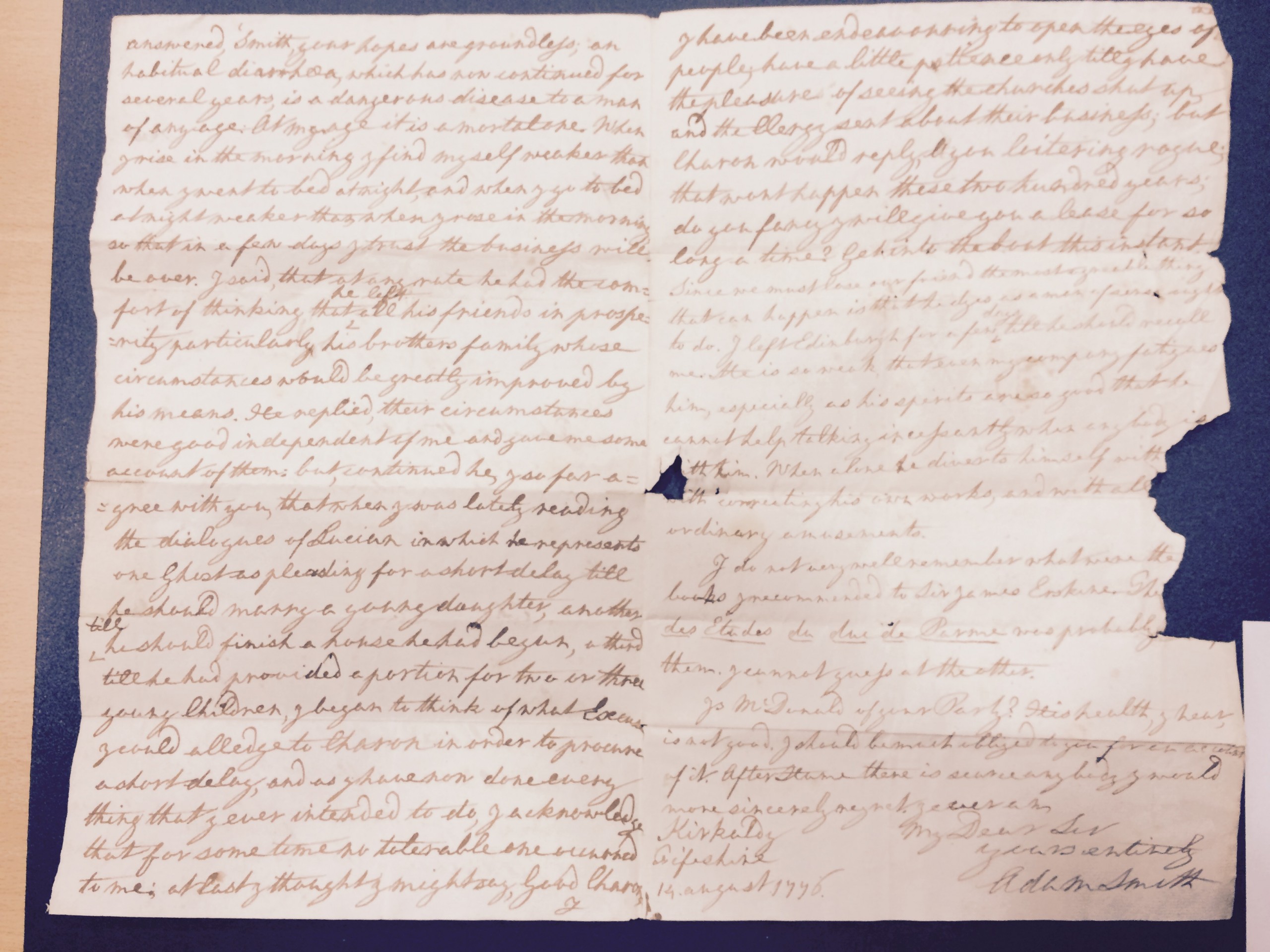 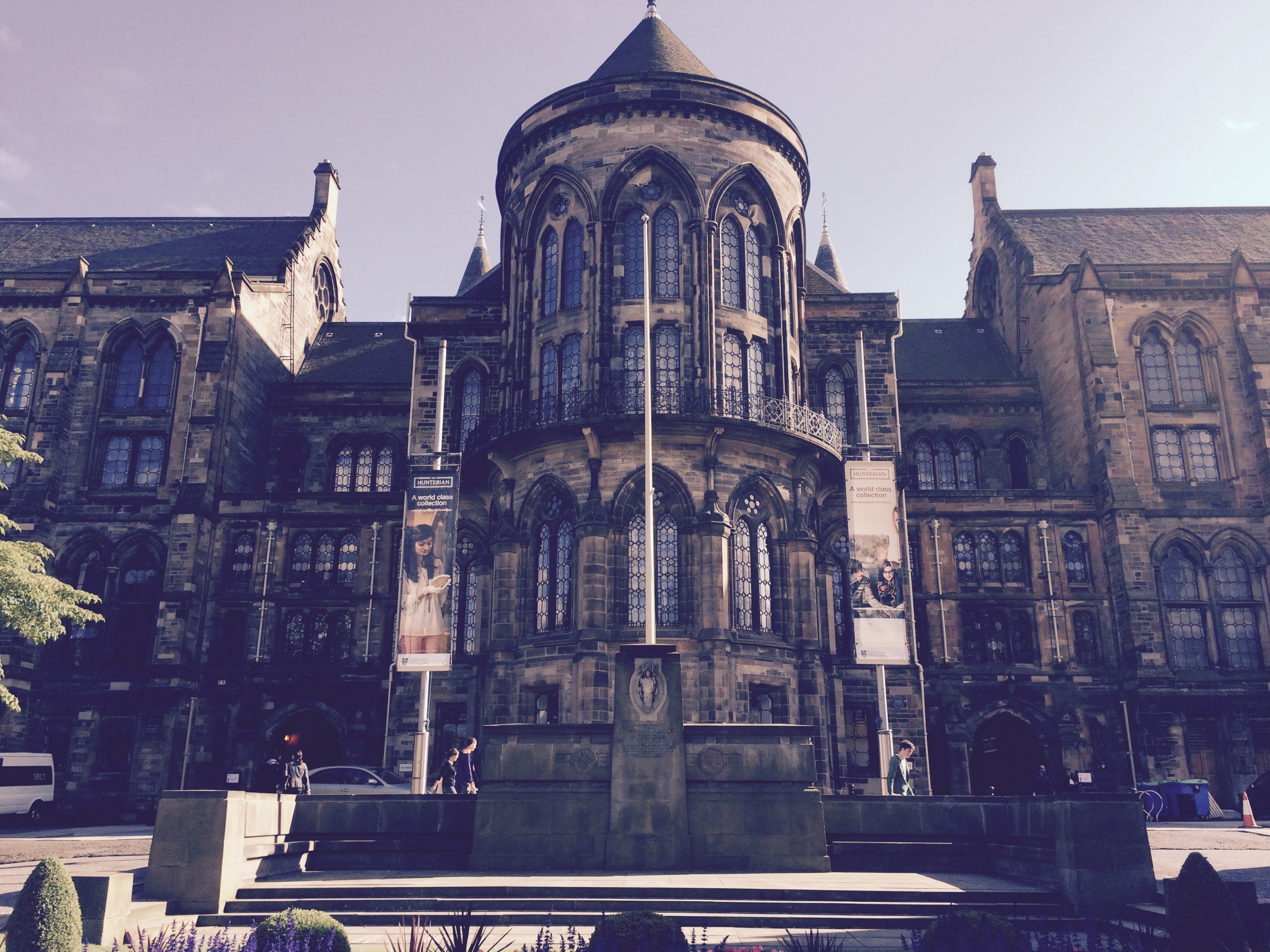