Last fall, Students in French 401, “Women and Print in Early Modern France,” got to try their hand at something really new (or old?!): letterpress printing. The occasion was momentous.  They were putting into print, for the very first time, the manuscript words of Madame Dupin.

Dupin is best known as the châtelaine of the beautiful castle of Chenonceau in the Loire valley, and for saving this historic site from destruction during the French revolution by allowing revolutionaries to use its ballroom, which spans the river, as a bridge.  Yet Dupin was also a philosopher and the author of an enormous “Work on Women” that remains unpublished to this day. Ironically so, because she herself reflected on the ways in which historians trivialize and efface women’s actions and works.  Dupin’s original argument, which she supported with a vast array of evidence taken from historians and jurists, was that the subjection of women was a modern phenomenon. She argued (accurately) that laws instituted over the course of the seventeenth century, for instance, increasingly limited women’s right to own property.  Dupin’s research assistant and secretary for this project, the young Jean-Jacques Rousseau, would go on to borrow her ideas, without attributing them to her, in his Discourse on the Origin and Foundation of Inequality Among Men. 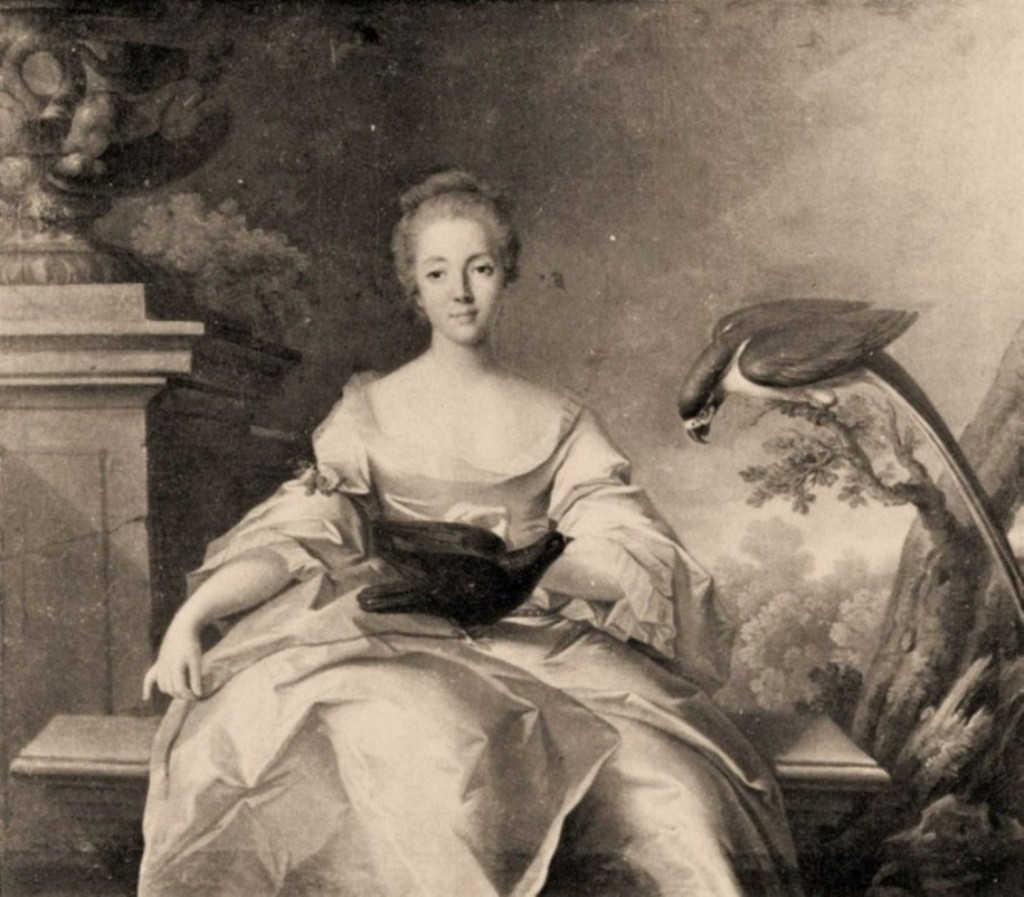 ``That women are inferior to men ...is more reasonable to believe than to believe (that there is) injustice.``

They chose these words because they conveyed Dupin’s incisive irony, and because they remain relevant today. For along the same lines, one could say that it is more “reasonable” to believe that poverty is the result of laziness than to consider the social, political, and economic structures that stack the deck in favor of the wealthy… which might put one’s own privileges–say, as a white person–in question.  During three class periods in the Elliott Press in Ingram Hall, artist extraordinaire Mare Blocker, Visiting Assistant Professor of Art and Design, led students in preparing paper, setting type, inking the press, and printing the broadside.

The students’ hands-on experience with printing was made possible by generous funding from the Division of Humanities, the Departments of Languages and Literatures and of Art and Design, as well as from the Provost’s Office.  It was the fruit of the collaborative research of Rebecca Wilkin (their professor) and Sonja Ruud (French, Global Studies ’12), who is currently studying the Anthropology and Sociology of Development at the Graduate Institute in Geneva.  Initially supported by a Kelmer Roe Fellowship in 2011, Sonja and Rebecca have collected and transcribed large portions of Dupin’s manuscript Work on Women over the past four years and are co-authoring an article about it.  They have been invited to participate in a workshop at McGill University (Montreal, Canada) on early modern women philosophers in the fall of 2016. 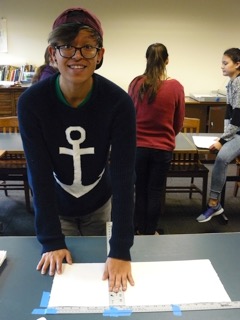 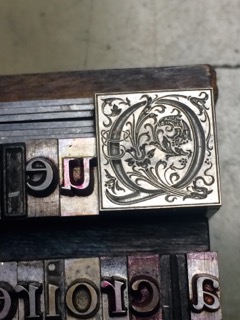 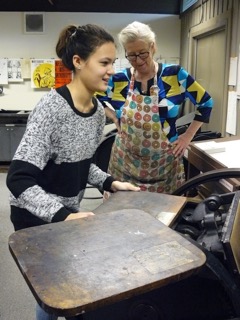