A History of Jazz Under The Stars

A History of Jazz Under The Stars 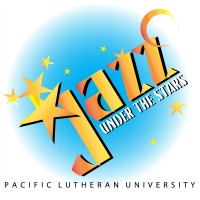 Jazz Under the Stars—two decades of great jazz concerts at Pacific Lutheran University. Tucked away in the Tacoma suburb of Parkland, Washington, JUTS has quietly and modestly offered free outdoor concerts to its community, a community of loyal concertgoers that has expanded to the greater metropolitan area and beyond.

Jazz Under the Stars had its beginnings in 1997 when Phase 2 of construction on the Mary Baker Russell Music Center was completed. Judy Carr, then Dean of Summer Sessions, was already overseeing several summer “berry” festivals and scholarly conferences on campus and wanted to add other activities to the PLU summer calendar and showcase the new facilities.

With an intimate outdoor amphitheater now built into the hillside and nestled in the “U” of the three wings of the music building, Judy and former music department chair David Robbins collaborated to host a concert there in the summer of 1998. The idea of using gypsy jazz group Pearl Django came from (then) provost and philosophy professor Paul Menzel, a big fan of the band. About thirty people showed up for the show. The setting was so charming and the acoustics of the space were so favorable for both the performers and the audience that the idea of summer jazz concerts in the amphitheater was expanded. It would be on a weekday night so PLU could procure the best musicians and not compete with their more lucrative weekend gigs. It would be in the summer when the weather was relatively warm and dry. It was only fitting that Pearl Django, the group whose performance inspired the whole idea of Jazz Under the Stars, was the headliner for the special tenth-anniversary kick-off concert on Tuesday, July 8, 2008. That concert was a unique double bill, where Pearl Django shared the stage with the Northwest’s most popular jazz vocal artist, Greta Matassa.

The “stars” concept of “Jazz Under the Stars” came from two ideas. One, of course, was that the performances would be in the evening and outdoors. The second idea was linked to the completion of the new Keck Observatory on campus. Star charts are passed out at the concert and, with the help of physics professors Dr. Steve Starkovich and Dana Rush, the telescope is available for the public to stargaze after select performances. Judy Carr insisted that the concerts were a community service and should be free to the public. To pay the musicians and offer other accommodations, JUTS would need sponsorship and cooperation from a number of people and agencies.

In the beginning Starbucks provided funding as well as free coffee for all in attendance. PLU Media Services gave JUTS a flat rate (no matter the size of the performing group) and personnel for providing sound reinforcement for the concerts. PLU Stage Services took care of stage setup. KPLU 88.5 FM provided extensive on-air promotion for the concerts and lent their prestigious jazz image to the series. Don Immel, the Director of Jazz Studies at PLU during that time, helped to round up the talent for the first series.

As that first summer concert series progressed, it seems that the producers had stumbled across the right formula. The concert was finished at 9:00 before it got too chilly. In general, the weather worked out well; JUTS has only been rained out two times in ten years. In those cases, it was moved into Lagerquist Concert Hall. (JUTS is never cancelled due to weather.) The crowd—at first of modest size—was very loyal. It became their Thursday night ritual for six weeks in the summer and you saw a lot of the same faces each year. The crowd continued to grow and draw young and old, and from far outside the Parkland community. Competition became fierce for the limited seating in the amphitheater, with people staking their claim as early as 1:30 in the afternoon for a 7:00 show. The crowd starting setting blankets on the upper lawn between the music building and Kreidler residence hall. Audio Services accommodated the overflow crowd by adding extra speakers to pipe the music outside of the amphitheater area to the upper lawn. Yet, even as the audience has grown, no one has ever entertained the idea of moving to a larger venue because of the charming intimacy created by the smaller scale of the venue and the close proximity of the performers to the audience. As a result of this intimacy, the audience really sits and listens to the music; the amphitheater becomes a listening room. It has a wonderful impact on campus conferences, when attendees are walking by on their way to dinner and see this big outdoor arts event taking place. Prospective students and their parents stop by to check out the music and meet some of the music faculty and staff. Other PLU faculty and staff bring their families and a picnic meal.

Don Immel left PLU to take a faculty position at the University of Washington after the first series and the job of finding and booking the talent for the 2000 JUTS was left to Pam Deacon, former Manager of Performance and Outreach for the music department and the position that still coordinates talent, facilities, and promotion for the series. Some of the previous year’s artists made a return engagement, plus Seattle pianist Marc Seales, trombonist Greg Schroeder, and jazz trio Nudge Nudge. The summer of 2000 also marked the arrival of a new PLU Director of Jazz Studies and music faculty member Dr. David Joyner. An extra concert was added to introduce Joyner, a jazz pianist, with his trio.

Since Deacon-Joyner assumed the role of JUTS producer, it has always been the goal to introduce new talent to the loyal regulars in the audience with as few “encore” performances by previous artists as possible. In this way, JUTS can show the abundance of jazz talent in the region. Drawing professionals from Portland to Seattle, JUTS has featured bands of all different sizes and styles.

Another goal has always been to offer the JUTS artists the most pleasant performance atmosphere possible. The setting is intimate, the acoustics are great, the audience is quiet, appreciative, and engaged, and willing to give almost any style, however experimental, a chance. There is state-of-the-art sound reinforcement, coffee and bottles of cold water, and assistance with the sale of artists’ CDs.

Over the years, other amenities have been added to Jazz Under the Stars. Dr. Paul Tegels, music professor and university organist, offers intermission mini-recitals on the fabulous Fuchs pipe organ in the music center’s Lagerquist Hall.

Pacific Lutheran University and all the people who work so hard to present a top-rate performance and listening experience are proud to have sustained a professional-level summer jazz concert series for twenty years. It is a testament to PLU’s commitment to America’s unique cultural treasure, the wealth of jazz artists in the Northwest, and discerning tastes of the JUTS audience.

Here’s to our third decade!

The JUTS People That Have Made It Happen through the years: