“The person I will nominate will be someone with extraordinary qualifications, character, experience and integrity. And that person will be the first Black woman ever nominated to the United States Supreme Court,” Biden said. “It’s long overdue in my view. I made that commitment during the campaign for president, and I will keep that commitment.”
– from https://www.cnn.com/2022/01/27/politics/biden-breyer-announcement/index.html

In honor of Black History Month, this exhibit focuses on the intersections of race, law, and justice and features print books from the collection that highlight topics that include Black women intellectuals and lawyers; women and the Supreme Court; Supreme Court cases such as Dred Scott v. Sandford and Loving v. Virginia; Jim Crow laws and the Voting Rights Act.

Background about why we celebrate Black History Month. 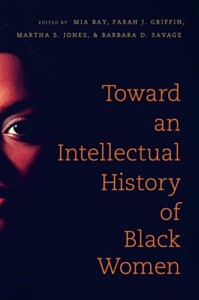 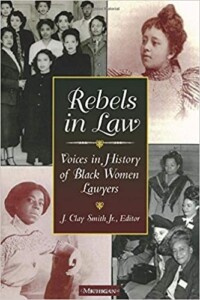 KF8748.F79 2009 The will of the people : how public opinion has influenced the Supreme Court and shaped the meaning of the Constitution
KF8775.G88 2012 The rhetoric of Supreme Court women : from obstacles to options
KF9227.C2M37 2019 Killing with prejudice : institutionalized racism in American capital punishment
KFM7142.W35 2010 Jury discrimination : the Supreme Court, public opinion, and a grassroots fight for racial equality in Mississippi
LC2741.E93 2007 Black women in the ivory tower, 1850-1954 : an intellectual history