On Exhibit: Women in Translation

On Exhibit: Women in Translation 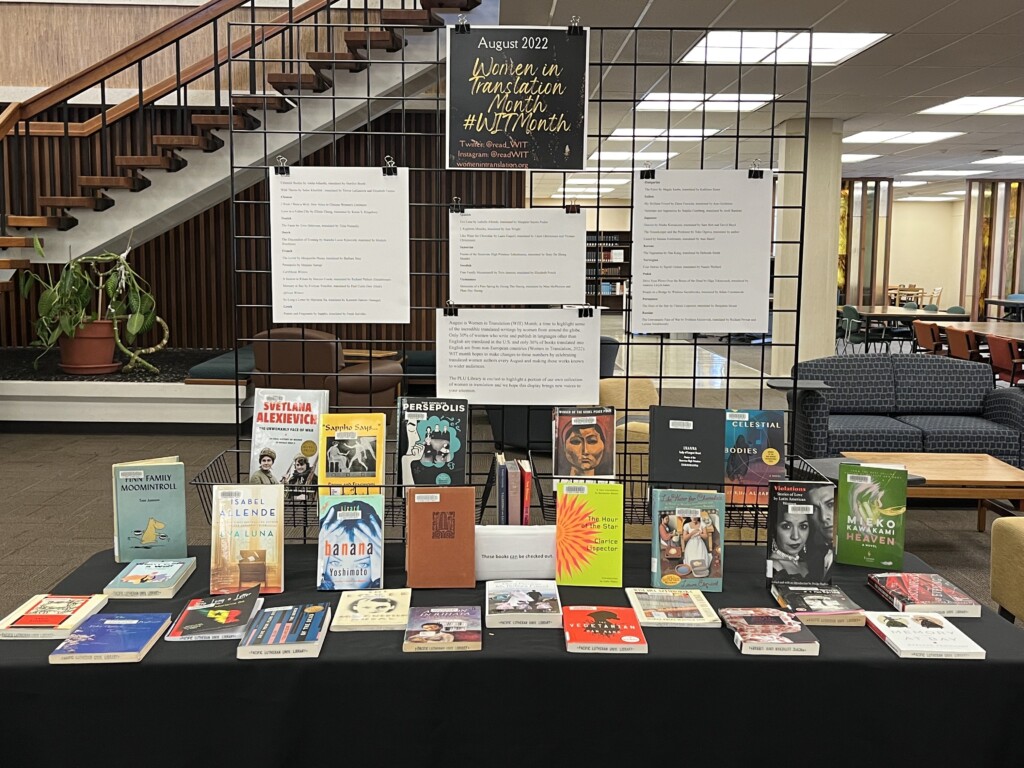 August is Women in Translation (WIT) Month; a time to highlight some of the incredible translated writings by women from around the globe. Only 30% of women who write and publish in languages other than English are translated in the U.S. and only 36% of books translated into English are from non-European countries (Women in Translation, 2022). WIT month hopes to make changes to these numbers by celebrating translated women authors every August and making these works known to wider audiences.

The PLU Library is excited to highlight a portion of our own collection of women in translation and we hope this display brings new voices to your attention.

Below are the titles from the display, separated by the book’s language of origin.

Chinese
I Wish I Were a Wolf, New Voice in Chinese Women’s Literature
Love in a Fallen City by Eileen Chang, translated by Karen S. Kingsbury

Danish
The Faces by Tove Ditlevsen, translated by Tiina Nunnally

Dutch
The Discomfort of Evening by Marieke Lucas Rijneveld, translated by Michele Hutchison

Greek
Poems and Fragments by Sappho, translated by Frank Salvidio

Hungarian
The Fawn by Magda Szabo, translated by Kathleen Szasz

Korean
The Vegetarian by Han Kang, translated by Deborah Smith

Polish
Drive Your Plows Over the Bones of the Dead by Olga Tokarczuck, translated by Antonia Lloyd-Jones
People on a Bridge by Wislawa Szymborska, translated by Adam Czerniawski

Portuguese
The Hour of the Star by Clarice Lispector, translated by Benjamin Moser

Russian
The Unwomanly Face of War by Svetlana Alexievich, translated by Richard Pevear and Larissa Volokhonsky