In honor of Women’s History Month, we are “commemorating and encouraging the study, observance and celebration of the vital role of women in American history.” (https://www.womenshistorymonth.gov/).

This exhibit includes a short list of just a few women’s first achievements in the past six years, from 2017 to 2022, and print biographies about women from the Mortvedt Library collection. While there are many women and trans women who have been the first in their position, this abbreviated list is designed to highlight the length of time in American history that women have not been included in leading roles in entertainment, business, and politics.

First woman in Pixar’s 36-year history to solo direct a feature length film (“Turning Red”). She is the daughter of Chinese parents who immigrated to Canada. In 2018 she was the first woman to direct a Pixar short (“Bao”).Source: https://www.nytimes.com/2022/03/07/movies/turning-red-movie-interview-domee-shi.html?referringSource=articleShare 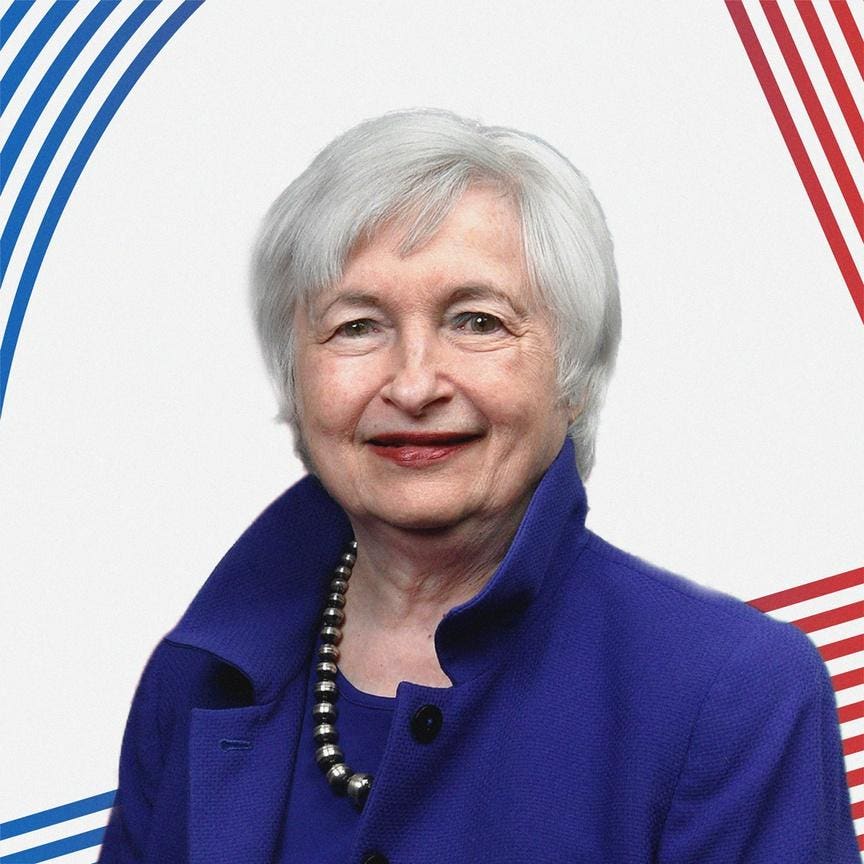 First woman to hold the top position in the United States Treasury Department’s 232-year history. She previously served as first woman chair of the Federal Reserve from 2014 to 2018, 101 years after the Federal Reserve was founded.
Source: https://www.today.com/news/21-historic-firsts-women-2021-t233509

First woman in the United States’ 233-year history of serving presidents (since 1789) to be elected Vice President of the United States. She is the daughter of Indian and Jamaican immigrants. The United States has never elected a woman president although many other countries have elected or appointed women as heads of state.
Source: https://en.wikipedia.org/wiki/List_of_elected_and_appointed_female_heads_of_state_and_government 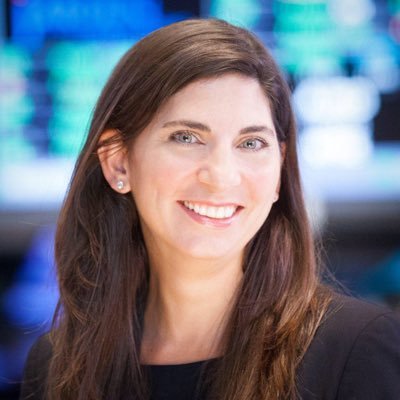 First female president in the New York Stock Exchange’s 226-year history. The NYSE is the world’s largest stock exchange by market capitalization. Cunningham’s career inspiration was informed by Muriel Siebert, the first woman to own a seat on the NYSE in 1967, 175 years after the NYSE’s inception.
Source: https://abcnews.go.com/GMA/News/meet-woman-lead-nyse-226-years/story?id=55351824

First Black woman stand-up comic to host an episode of Saturday Night Live in its 43-season history. The famous Black comedian Whoopi Goldberg, the winner of an Emmy, a Grammy, an Oscar, and a Tony, has never hosted the show.
Source: https://time.com/5084751/tiffany-haddish-whoopi-goldberg-advice-snl/

Print biographies and autobiographies of women in the Mortvedt Library Collection on display for Women’s History Month:

Blood letters : the untold story of Lin Zhao, a martyr in Mao’s China (DS778.L47655 L53 2018)
“Blood Letters tells the astonishing tale of Lin Zhao, a poet and journalist arrested by the authorities in 1960 and executed eight years later, at the height of the Cultural Revolution. The only Chinese citizen known to have openly and steadfastly opposed communism under Mao, she rooted her dissent in her Christian faith–and expressed it in long, prophetic writings done in her own blood, and at times on her clothes and on cloth torn from her bedsheets.”–Page 2 of cover.

The girl who smiled beads : a story of war and what comes after (DT450.437.W36 A3 2019)
“Clemantine Wamariya was six years old when her mother and father began to speak in whispers, when neighbors began to disappear, and when she heard the loud, ugly sounds her brother said were thunder. In 1994, she and her fifteen-year-old sister, Claire, fled the Rwandan massacre and spent the next six years migrating through seven African countries, searching for safety” — library catalog

Knitting the fog (PS3608.E76595Z46 2019)
“Knitting the Fog is a memoir of ten-year-old Claudia, a young Guatemalan girl, whose mother leaves for the United States to escape domestic abuse and pursue economic prosperity. When her mother returns three years later, she and her sisters begin a month-long journey to El Norte. Once settled in Los Angeles, California, Claudia has trouble assimilating, but when back in Guatemala, she finds that she no longer belongs there either. Hernández’s debut depicts the struggle inherent to immigration today, combining both narrative essay and bilingual poetry”– provided by publisher

Broad strokes : 15 women who made art and made history (in that order) (N8354.Q47 2017)
“This book chronicles the lives and art of 15 often overlooked female artists from the Renaissance to the modern day”– Provided by publisher.; “Historically, major women artists have been excluded from the mainstream art canon. Aligned with the resurgence of feminism in pop culture, Broad Strokes offers an entertaining corrective to that omission. Art historian Bridget Quinn delves into the lives and careers of 15 brilliant female artists in text that’s smart, feisty, educational, and an enjoyable read.”–publisher’s description

Hildegard of Bingen (ML410.H618M43 2018)
“A Renaissance woman long before the Renaissance, the visionary Hildegard of Bingen (1098-1179) corresponded with Europe’s elite, founded and led a noted women’s religious community, and wrote on topics ranging from theology to natural history…[The author,] Honey Meconi, draws on her own experience as a scholar and performer of Hildegard’s music to explore the life and work of this foundational figure.”–back cover

Prairie fires : the American dreams of Laura Ingalls Wilder (PS3545.I342Z6455 2017)
Millions of readers of Little House on the Prairie believe they know Laura Ingalls–the pioneer girl who survived blizzards and near-starvation on the Great Plains, and the woman who wrote the famous autobiographical books. But the true saga of her life has never been fully told. Now, drawing on unpublished manuscripts, letters, diaries, and land and financial records, Caroline Fraser–the editor of the Library of America edition of the Little House series–masterfully fills in the gaps in Wilder’s biography. Revealing the grown-up story behind the most influential childhood epic of pioneer life, she also chronicles Wilder’s tumultuous relationship with her journalist daughter, Rose Wilder Lane, setting the record straight regarding charges of ghostwriting that have swirled around the books.”– from dust jacket

A generous vision : the creative life of Elaine de Kooning (ND237.D3339C87 2017)
The first biography of Elaine de Kooning, ‘A Generous Vision’ portrays a woman whose intelligence, droll sense of humor, and generosity of spirit endeared her to friends and gave her a starring role in the close-knit world of New York artists. Her zest for adventure and freewheeling spending were as legendary as her ever-present cigarette. Flamboyant and witty in person, she was an incisive art writer who expressed maverick opinions in a deceptively casual style. As a painter, she melded Abstract Expressionism with a lifelong interest in bodily movement to capture subjects as diverse as President John F. Kennedy, basketball players, and bullfights.” — from library catalog

Becoming (E909.O24O23 2018)
“An intimate, powerful, and inspiring memoir by the former First Lady of the United States. When she was a little girl, Michelle Robinson’s world was the South Side of Chicago, where she and her brother, Craig, shared a bedroom in their family’s upstairs apartment and played catch in the park, and where her parents, Fraser and Marian Robinson, raised her to be outspoken and unafraid. But life soon took her much further afield, from the halls of Princeton, where she learned for the first time what if felt like to be the only black woman in a room, to the glassy office tower where she worked as a high-powered corporate lawyer–and where, one summer morning, a law student named Barack Obama appeared in her office and upended all her carefully made plans.” — book jacket

Katherine Dunham : dance and the African diaspora (GV1785.D82D44 2017)
“One of the most important dance artists of the twentieth century, dancer and choreographer Katherine Dunham (1909-2006) created works that thrilled audiences the world over. As an African American woman, she broke barriers of race and gender, most notably as the founder of an important dance company. She influenced generations of performers for years to come, from Alvin Ailey to Marlon Brando to Eartha Kitt. Dunham was also one of the first choreographers to conduct anthropological research about dance and translate her findings for the theatrical stage.” — provided by the publisher

Good talk : a memoir in conversations (PS3610.A356415 Z46 2018)
“Like many six-year-olds, Mira Jacob’s half-Jewish, half-Indian son, Z, has questions about everything. At first they are innocuous enough, but as tensions from the 2016 election spread from the media into his own family, they become much, much more complicated. Trying to answer him honestly, Mira has to think back to where she’s gotten her own answers: her most formative conversations about race, color, sexuality, and, of course, love.” — provided by the publisher

Native country of the heart : a memoir (PS3563.O753Z46 2019)
“Writer and activist Cherríe Moraga’s love letter to her ‘unlettered’ mother is also an intimate understanding of the U.S.-Mexican diaspora by the celebrated coeditor of the groundbreaking anthology This bridge called my back. Moraga’s memoir begins with her mother, Elvira Isabel Moraga, who as a child, along with her siblings, was hired out by her own father to pick cotton in California’s Imperial Valley. The lives of Cherríe and her mother, and of their people, are woven together in a story of critical reflection and deep personal revelation as Moraga charts her own coming to consciousness alongside the heartbreaking story of her mother’s decline.” — dust jacket

Boss lady : how three women entrepreneurs built successful big businesses in the mid-twentieth century (HD6054.4.U6S67 2017)
” … The careers of three pioneering businesswomen–Tillie Lewis (founder of Flotill Products), Olive Ann Beech (cofounder of Beech Aircraft), and Margaret Rudkin (founder of Pepperidge Farm)–who started their own manufacturing companies in the 1930s, sold them to major corporations in the 1960s and 1970s, and became members of their corporate boards”– Provided by publisher.