Office of the Provost

The office is closed during all university observed holidays, but remains open during academic breaks (such as Mid-Semester, J-term, and Spring breaks).

“The Galleons,” a poem by Rick Barot, Associate Professor of English and Director of the Rainer Writing Workshop at PLU, was published in the March 12, 2018 issue of The New Yorker magazine. This recent publication adds The New Yorker to an already impressive list of publications in which Professor Barot’s poems and essays have appeared including Poetry, The Paris Review, The New Republic, Ploughshares, Tin House, The Kenyon Review, Virginia Quarterly Review, and The Threepenny Review.

He is the author of three poetry collections published by Sarabande Books, including most recently, Chord (2015), which received the UNT Rilke Prize, the PEN Open Book Award, and the Publishing Triangle’s Thom Gunn Award, and was a finalist for the LA Times Book Prize.

He has received fellowships from the John Simon Guggenheim Memorial Foundation, National Endowment for the Arts, the Artist Trust of Washington, the Civitella Ranieri Foundation, and Stanford University, where he was a Wallace E. Stegner Fellow and a Jones Lecturer in Poetry.

He is also the poetry editor of New England Review.

Please join us in sending congratulations to Professor Barot! 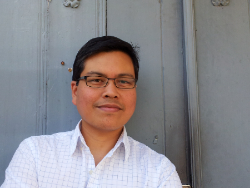 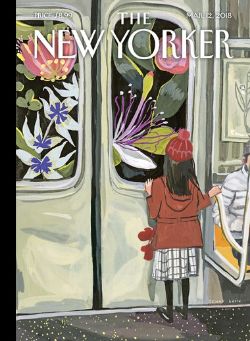 "Next Stop: Spring," by Jenny Kroik

Office of the Provost

The office is closed during all university observed holidays, but remains open during academic breaks (such as Mid-Semester, J-term, and Spring breaks).