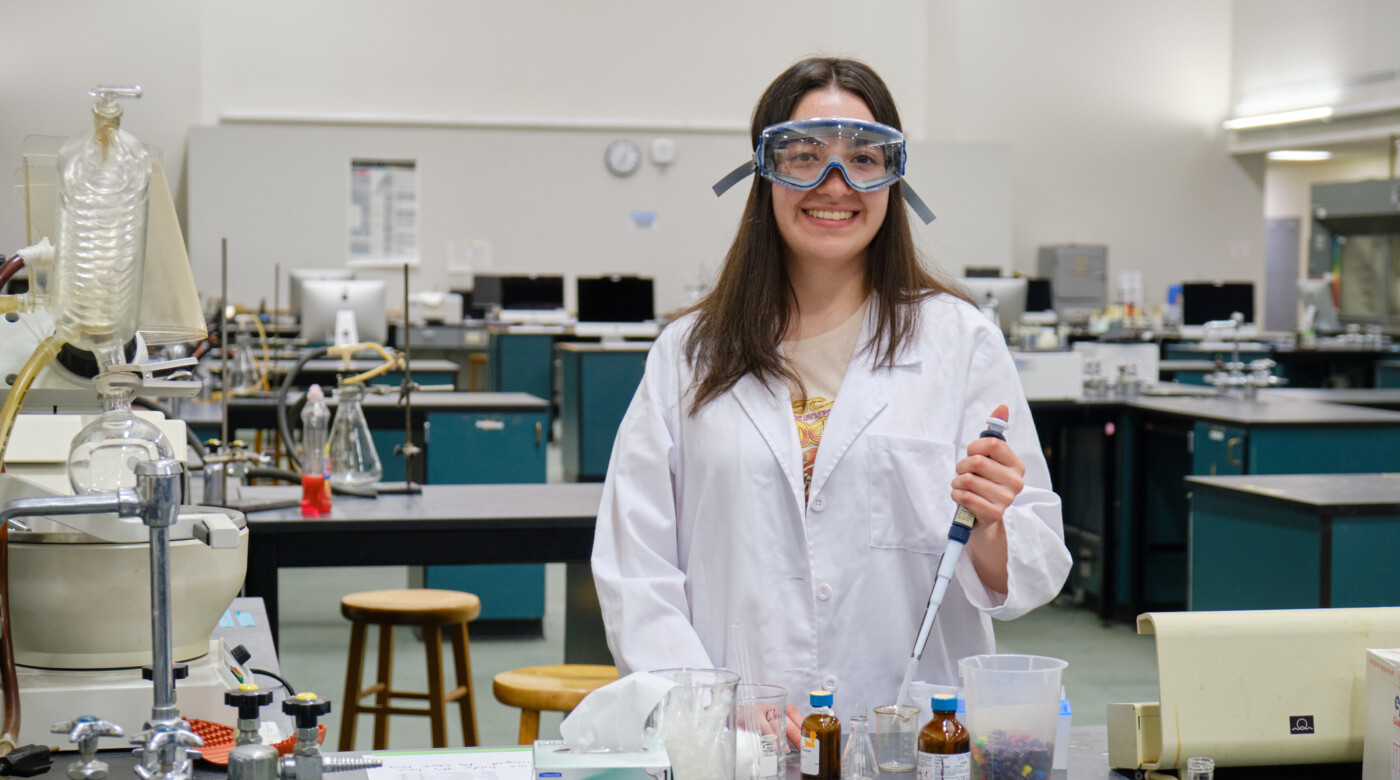 Image: Yaquelin Ramirez Ferrer ’22, poses in the second floor lab where as a chemistry major she spent much of her time, Monday, April 18, 2022, at PLU (PLU Photo/John Froschauer)

As a child, chemistry major Yaquelin Ramirez ’22 often went to work with her mother at a Federal Way nursing home.

The time spent watching her mom help the residents sparked something inside of her — a desire to pursue a career where she helps others needing medical care.

“I would always interact with the patients and they really enjoyed it too,” Ramirez said. “ Since then, I had it in the back of my head that I maybe wanted to do something like that, to help people”

At first, Ramirez wanted to be a doctor, but admits that idea quickly changed after taking a chemistry class during J-Term from professor Dr. Andrea Munro.

“I originally came in thinking I wanted to do pre-med, so that’s why I went the natural sciences route,” she said. “But I changed my mind because I enjoyed the science part better than I thought I would.”

Her passion for fact-finding led to a research job with Southern Illinois University through the Research Experiences for Undergraduates (REU) Summer Research, funded by the National Science Foundation. Her work included studying ammonia decomposition for the release of hydrogen. Her research was performed using computational chemistry, an area Ramirez enjoys.

“That experience helped me grow as a person and in my chemistry career,” she said.

In the classroom, her aptitude was quickly noticed, leading to her becoming an organic lab teaching assistant in the fall of 2020 and 2021, and an invitation to be a student guest of the American Chemical Society at the Linus Pauling Award Symposium Banquet.

“Yaquelin impresses you with her work ethic, diligence, and academic abilities,” Craig Fryhle, chemistry professor, said. “She is a very personable, earnest, and talented young woman who has a bright future ahead of her.”

As Ramirez wraps up her time at PLU, she reflected on the most significant thing she’s learned over the past four years. 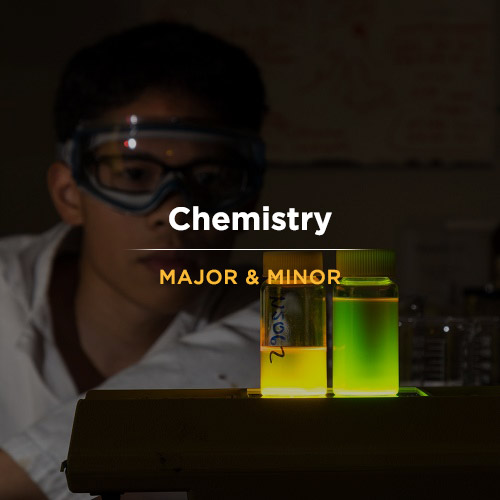 As a PLU chemistry student, you’ll work closely with professors who have expertise in all major branches of chemistry — from organic and analytical to polymer and biochemistry. About a third of our majors go on to graduate school, another third go into professional health studies (medical doctor, dentist, pharmacist), and the rest into careers in industry.